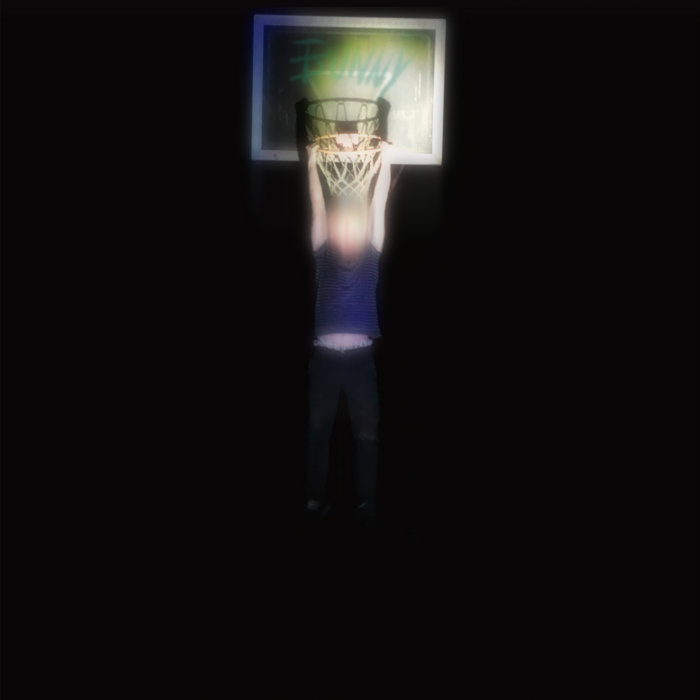 Sam Goblin (Two Inch Astronaut) returns with his third long player under the Mister Goblin moniker titled Bunny. The album is the quick follow up to last year’s Headphone Approved record, Four People In An Elevator And One Of Them Is The Devil, and now firmly roots Mister Goblin as a band. The first two albums were much more a solo-effort as now Goblin is joined by bass player Aaron O’Neill (Cumbie) and drummer Seth Engel (Options). Mister Goblin as a trio does not stop there as the album also features the support of Sadie Dupuis (Speedy Ortiz/Sad13), K Nkanza (Spring Silver), Matt Gatwood (Two Inch Astronaut), and Andrew Krull. All of this extra musical backing provides a sharp shot of adrenaline into Bunny’s 10 tracks.

You will hear this new found band muscle on opening song “Military Discount,” as it hits you immediately with a barrage flurry of drums and guitar right before Goblin hardcore screams out “Military discount at the firework store” and the song rolls from there. It has the visceral emotion of a Fugazi while pulling back with a powerful harmony that would easily sit next to Jawbox. This ability to distribute emotion in every line is where Mister Goblin shines as they have a touch of emo undertones between their textural guitar runs that can be both grunge and spaced out at times. This combination stands tall on the excellent track “Holiday World.”

Bunny was mixed by J. Robbins (Jawbox, Burning Airlines) which is a natural fit. What also is one of the most interesting parts of this album is its closing three acoustic driven songs. Mister Goblin successfully harnesses all of its previous energy and funnels it down into these soft compositions that equates to the perfect ending to a night out. “Red Box” kicks the trio of tracks off and features Dupuis’ supporting vocals. It is an album highlight as both artists transport you to a different place. Mister Goblin successfully offers you a full spectrum of music on Bunny that includes sparks of indie, post-punk, grunge, emo and pieces of hardcore, while also highlighting a exciting transformation into a band that I look forward to seeing where they go next!