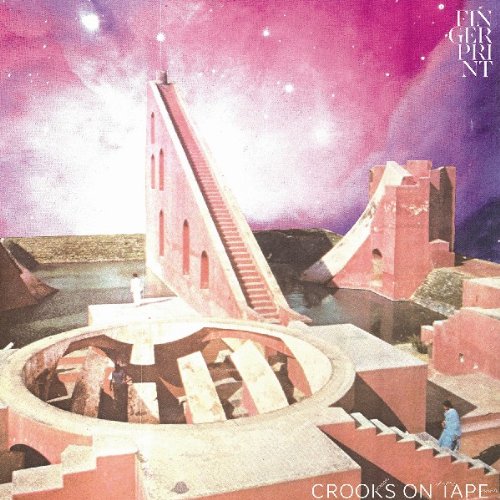 Fire Note Says: Crooks On Tape continue the charm of members previous bands.
Album Review: If you are similar to me then you always follow artists you like to their next project. In the case of Crooks On Tape that would be John Schmersal with a resume that includes the legendary group from Dayton, Ohio – Brainiac and his next band Enon. COT also features Rick Lee (Enon, Skeleton Key) and Joey Galvan which rounds out the trio. When you look over Schmersal’s work history, which also includes Caribou, and then add Lee there is no surprise of the results when you take a listen to Crooks On Tape’s debut Fingerprint.
There wouldn’t be a Crooks On Tape without Schmersal and Lee’s previous groups as the experimental aspects of their past show up here on Fingerprint. There are plenty of quick turning electronic sounds and free-form movements in the song structures that not only sound familiar but give Fingerprint its heart. This is especially true when you consider that the members previous projects had stand out vocals in Toko Yasuda (Enon) and the late Timmy Taylor (Brainiac). Without the catchy voice, Crooks On Tape succeed with a strong emphasis on dreamy and improvisational synthesizer play while almost letting the vocals lend a secondary hand to the tracks. It works – on songs like the grooving “The Regiments” you get this dark computer driven dance number that lets its vocals walk in the background. At just over two minutes long this style wins you over and leaves a lasting impression. On the futuristic jazzy instrumental number “Tito’s Riser,” the guys show off their mashing of instruments talent as the song lets you just drift off into their world. The same beep and blip playfulness takes place on “Milo’s Creeper.” 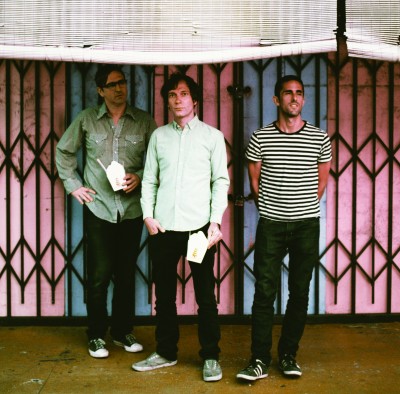 Fingerprint is not the most cohesive record with its multitude of song styles but it actually earns its appeal for the very same reason. Schmersal and Lee are known for their musical risk taking and Fingerprint does not disappoint. From the truly indie sounding opening track “Duper,” to the muffled dirty and bluesy “River Bait,” all the way to the crooning closing number “Barging In,” Crooks On Tape have released a debut that holds up to all expectations. It also paves the way for the group to go anywhere from here. More experimental, more free-form, guest vocals – who knows – as it will be anybody’s guess what is next but that is the excitement that comes with a band like Crooks On Tape and we will definitely be tuning back in!
Key Tracks: “Duper”, “River Bait”, “The Regiments”
Artists With Similar Fire: Circus Devils / Beck / Q And Not U