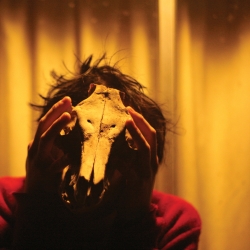 Fire Note Says: Posthumous Release is full of songs both strange and inviting.
Album Review: Even though Mat Cothran (aka Coma Cinema) has three previous albums under his belt, Posthumous Release is his first recorded in a proper studio, and that environment lends this set of tracks a warm, familiar feel. Taking his cues from the likes of Elliott Smith and Bright Eyes’ Connor Oberst, Coma Cinema’s folky rock songs are catchy and full of personality. While some are fairly straightforward arrangement-wise, others get colorful electronic additions, resulting in a subtly off-kilter psychedelic vibe.
“VHS White Trash” kicks things off with mellow acoustic guitar and organ, Cothran’s vocals being accompanied by a female backing singer. The track is an inviting opener, with subtle trumpet touches and a laid-back, rambling melody. Especially nice are the backwards guitar lines that serve as the song’s coda, hinting at the fact that this is far more than your typical singer-songwriter fare. “She Keeps It Alive” is a crunchy piece of power pop, with gritty guitars and fat bass, and Cothran’s vocals take on a slightly “punkier” feel. This is followed up by “Bailey Jay,” which has some smooth lead synth work that blends effectively with the song’s acoustic strums. 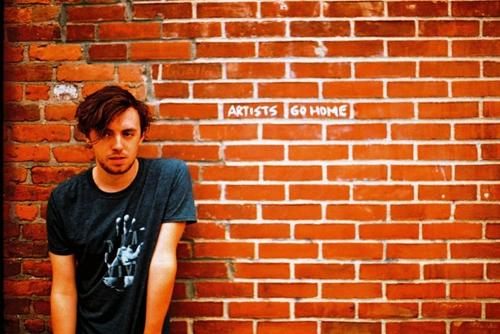 Many of the tracks here are right around the two-minute mark, such as “Lee (Columbine High Harmony),” which is similar in arrangement to “Bailey Jay,” but with brass replacing synth and some piano and drum additions. The shortness of the songs is actually a strength most of the time, keeping things interesting and avoiding monotony. “Satan Made a Mansion” is a great Wilco-style slice of Americana with some spacey synth work joining in, and is one of the few songs you wish was a bit longer. “Partners in Crime” is heavy on the Elliott Smith vibe, with finger-picked acoustic guitar, muted piano chords and tender vocals, while “Burn a Church” is probably the most far-out track on the album, bubbling to life with calliope-like synths, choppy electronic percussion, and “underwater” style processed vocals.
The Wilco feel returns on “Virgin Veins,” which is heavily indebted to that band’s song “Open Mind” (from The Whole Love) but is still one of the album’s highlights, and includes some great melodic guitar work. The female harmony vocals pop up again on the simple “Survivor’s Guilt,” and “Marie (No Sleep)” features more 60s folk-rock songwriting. Closing the proceedings is the title track, which begins with some appropriately “somber” piano chords and proceeds in that vein, functioning as a spartan, low-key outro to the album. While Coma Cinema isn’t reinventing the wheel, the strong songwriting and intriguing production make Posthumous Release well worth a listen.
Key Tracks: “VHS White Trash”, “Satan Made a Mansion”, “Virgin Veins”
Artists With Similar Fire: Elliott Smith / Animal Collective / Wilco
Coma Cinema Website
Coma Cinema Facebook
Fork And Spoon Records
-Reviewed by Simon Workman