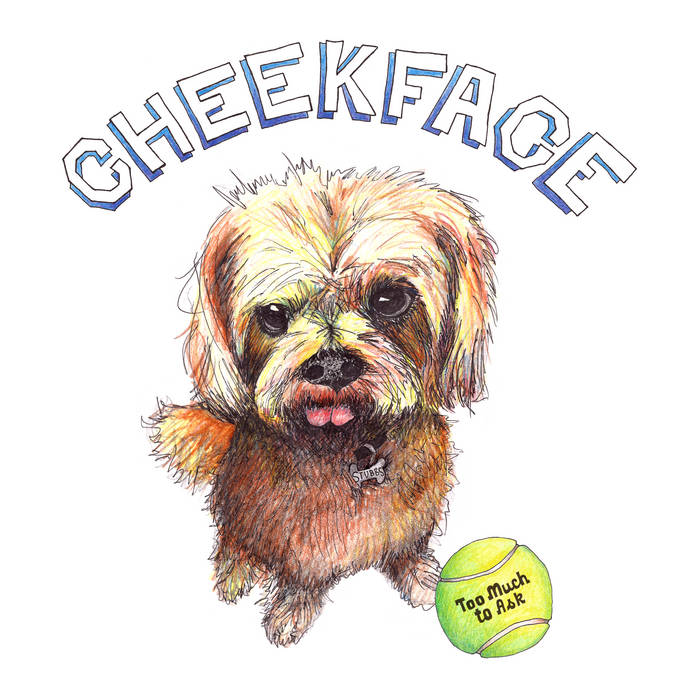 Cheekface
Too Much To Ask
Self-Released [2022]

Los Angeles band Cheekface is back quickly with their third album Too Much To Ask and once again it is a lyrical play on words master class that relies heavily on guitarist/singer Greg Katz. His delivery is incredibly important as his humor stirs with point blank reality. This real talk lyric writing dives deep in subjects that are very hopeless, but the music is upbeat, so it makes everything feel better even though Cheekface’s world is burning down!

If you listen to Cheekface’s previous records, Therapy Island (2019) and Emphatically No. (2021) there is not a gigantic stylistic difference found on Too Much To Ask. That is good for current fans because I think Cheekface’s lighthearted approach to music is what people show up for. With that said, Too Much To Ask does expand some from their indie rock roots as the albums 11 tracks have more variety like the catchy dance punk on “Featured Singer” and the harmony filled lower fi pop during ballad “Election Day.”

Stocked with plenty of vocal shout outs, clever line after clever line, a wider range of instruments and adrenaline like Cheekface just sucked down 10 energy drinks, Too Much To Ask is the biggest sounding record the band has released to date. Cheekface is also growing as a band as each song arrangement sounds tighter and more focused. This collection of tracks is another winner for Cheekface and honestly, they are a continuous breath of fresh air on the indie scene that deserves more attention!