Built To Spill: When The Wind Forgets Your Name [Album Review] 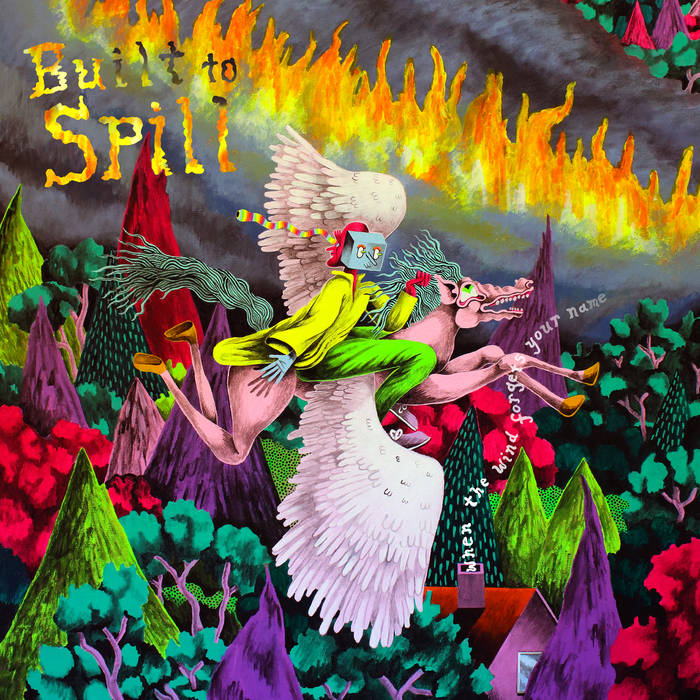 Since its inception in 1992, Built To Spill and founder Doug Martsch can undoubtedly be called consistent. Martsch doesn’t make a bad record which is simply proved by going back and listening to any album in Built To Spill’s catalog. There definitely are some stand outs especially their four-album run of There’s Nothing Wrong With Love (1994), Perfect From Now On (1994), Keep It Like A Secret (1997) and Ancient Melodies Of The Future (2001). Engaging song structures, poetic songwriting and experimental transitions are all staples of Built To Spill’s sound and When The Wind Forgets Your Name carries the same torch for its 46-minute runtime.

From opening track, “Gonna Lose” the now trio establishes a classic indie rock Built To Spill sound that is slightly fuzzed and totally charming. Martsch’s voice has never sounded better as he has one of the softest but yet commanding tones on the scene. “Spiderweb” is a solid rocker that contains some Dinosaur Jr. like guitar solos while Martsch follows it with some thought stirring lyrics, “and if you wanna know a secret; you better want to take it to your grave; i know you’ll wanna talk about it; but talking doesn’t make it go away.” This type of catchy wordplay is a constant on When The Wind Forgets Your Name as you can identify great lines in each track. Another favorite of mine is on “Understood” when Martsch casually states “The deaf hear, the blind see. Just different things than you and me.”

Any longtime fan will adore When The Wind Forgets Your Name as it really does tap the magic of those earlier records and only gets better with each spin. From the stylistic over 8-minute closer, “Comes A Day,” to shaking up things midway during “Rocksteady” with its infused reggae beats, Built To Spill seem, and sound laser focused with no distractions. It is great to hear Built To Spill back with original music (their last was 2015’s Untethered Moon) as they not only continue to impress on When The Wind Forgets Your Name but have released their best album since 2001!