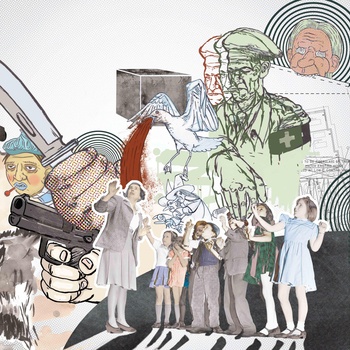 Fire Note Says: If you like post punk, you are going to love Big Dick.
Album Review: I almost passed on this record without giving it a listen. How can a band named Big Dick be any good? It has to be some sort of moronic jokey pop punk band, right? WRONG! Big Dick is actually a kick ass drum and bass duo out of Canada who bring the post punk noise in a big way. If you are a sucker for The Jesus Lizard, or even that METZ record from last year, then this is the record for you. It’s loud, it’s aggressive, it’s complex, and it has tunes you can shout along too. Sign me up, I’ll take more please!
Big Dick’s 10 tracks can be overwhelming on first listen. The song structures are all over the map, smacking you in the face from every possible direction, and leaving you feeling like you just ran a gauntlet. During the second and third listens, it all begins to make sense, the melodies become more obvious, and the riff changes begin to make themselves clear. For a two piece band, these guys really know how to make a dense record. This thing is jammed tighter than a pregnant woman’s foot into a tube sock. There isn’t much wiggle room, and it all feels like it’s going to explode at any moment. To the bands credit, they know how to work this dynamic, the music feels stuffed, but it never gets to that point of being incredibly chaotic and impenetrable. Sure it butts up against the boundary, but that gives the music a level of urgency and excitement that is often missing these days. 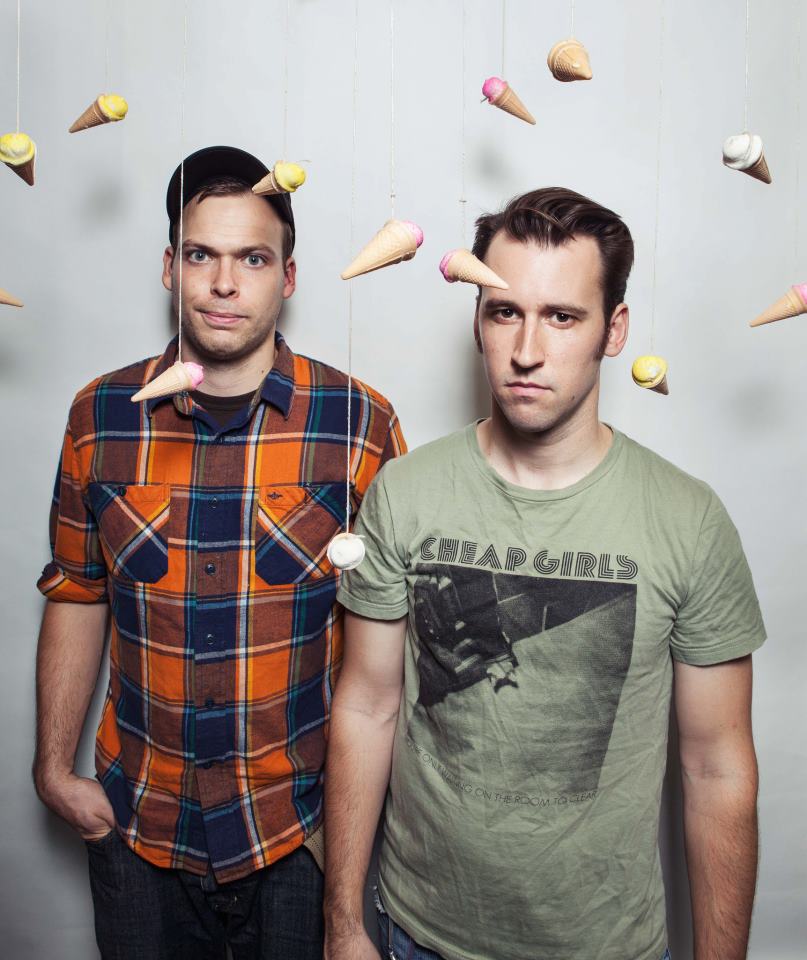 “Problems” is about as streamlined as these guys get, it is very Japandroids like in its sound and urgency. It definitely has the most radio friendly sound on the radio. But only the coolest radio stations on the planet would play this kind of music though, and that’s a shame. “Mayday” is a perfect example of the band’s sound distilled into a perfect 3:30 whirlwind of sound. “Witchcraft” rides an almost stoner bass lick into the ether, and the drums have perfected the Albini “drums of god” sound, that he was able to capture so well for The Jesus Lizard and The Pixies and a whole host of others.
Don’t be turned off by the band name, this is a record that you should be looking for. It’s a good one. I promised myself I wouldn’t say this, but I have to…I love Big Dick!
Key Tracks: “Problems”, “Mayday”, “Colours”
Artists With Similar Fire: The Jesus Lizard / METZ / Japandroids
Big Dick Website
Big Dick Facebook
Dirt Cult Records
-Reviewed by Kevin Poindexter