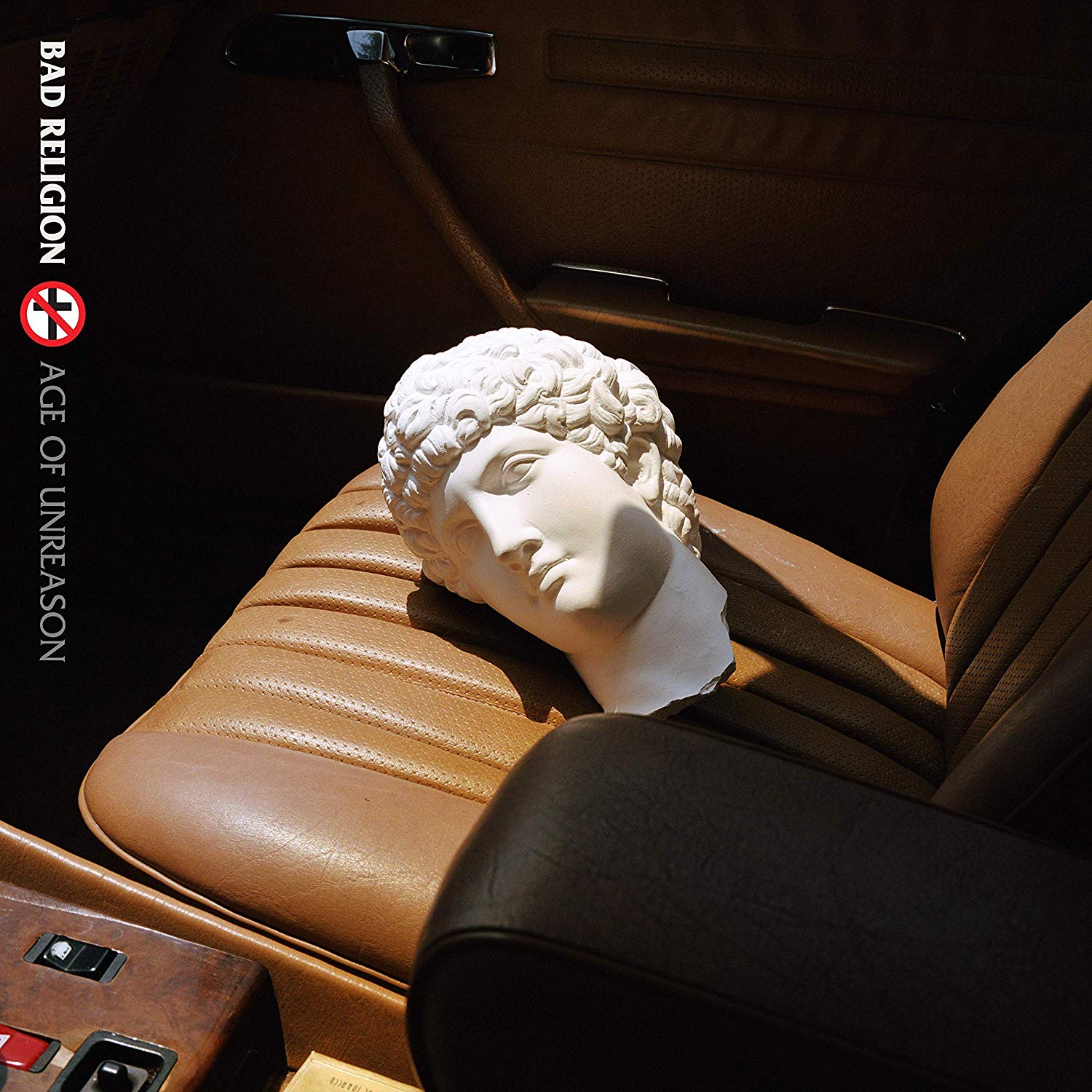 Who: This is the West Coast punk greats 17th studio record and first full-length since 2013’s True North.
Sound: Melodic punk rock that is 120% Bad Religion.
TFN Final Take: If there ever was a political environment for punk veterans Bad Religion to storm back – 2019 is it for sure. In fact, you can tell the current president (although not mentioned) is on Bad Religion’s mind when lyrics throughout the record include “to glorify ignorance and fear” on “Candidate” or “the fox-stained leaves of civilization” in “Chaos From Within”, “art of the deal” reeled off on “Big Black Dog” and “alternative facts snuck in like a thief” during “My Sanity.” The lyrics go on and on as there has been plenty of material to cover and Bad Religion rise up to the occasion.
Musically, Age Of Unreason delivers the expected melodic punk anthems that Bad Religion are known for while also giving some diversity like the almost dance rhythms that circle in the background of “Big Black Dog.” What takes this record up a notch is Greg Graffin’s passionate and controlled vocal assault. Sure, Graffin always brings it to the table but this outing seems to have refueled his rally spirit and generated even more power behind his voice.
Age Of Unreason is Bad Religion’s best album since 2004’s The Empire Strikes First. All of the pieces that have kept this band relevant shine here as each track sticks in your head while you replay the lyrics through your brain. It is always a good thing when a veteran band steps up and shows the way. Here is hoping the new generation takes notice!
Bad Religion Website
Bad Religion Facebook
Epitaph Records
– Reviewed by Thomas Wilde