The intent of our new Label Profile feature is to simply highlight a record label that we feel aligns with our own belief here at The Fire Note that music is an experience.
Today we profile Big School Records. A huge thanks to founder/owner Matthew Marcinowski (pictured below) for taking the time to answer our questions. If you like what you hear below make sure to go over to the Big School site HERE and give them your support! 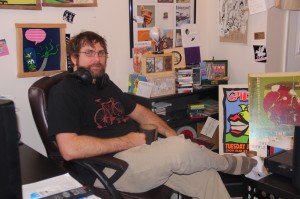 TFN: Who are you? Where are you?
Marcinowski: I’m Matthew Marcinowski, founder/owner of Big School Records which is currently run out of a small spare room and basement in the Fishtown neighborhood of Philadelphia.
TFN: When and how did the label start? Where does the name come from?
Marcinowski: I assume that not unlike most people who set out to fire up a record label I was imbued with the gift of music at a very young age and ever since I can remember my life has more or less been centered around it in every possible shape and form – listening to my father spin Neil Diamond & Beatles records, taping (really bad) songs off the radio, playing in bands in my teens/20’s, going to see shows several days a week, collecting records, writing a DIY zine, blogging for 7+ years. It seemed after everything I had experienced the next logical step would be to get up close and personal with artists I love and start a record label. Big School was birthed in the summer of 2011 when I asked the gentlemen of Kid Icarus if I could get involved with their next full-length to which they enthusiastically answered ‘yes’! They were longtime favorites of mine (and semi-local, Scranton, PA) so it seemed like an awesome way to kick off the roster. I chose my favorite song from my favorite band, Guided By Voices, to be the label’s namesake. Why not?

TFN: How big is your current active roster?
Marcinowski: Right now everyone who has appeared on the label can be considered current – Kid Icarus, Shy Mirrors, Graham Repulski, Bombadil, Point Reyes, Norwegian Arms & The Appleseed Cast. I plan to continue working with every artist assuming they’re interested in working with us!
TFN: What does Big School look for in a band?
Marcinowski: To me, it really is all about the music. The ideal artist would consistently write, record and release new music and tour until the van tires are run bare but I also know that this isn’t entirely possible for every musician. Some have young ones to take care of at home, others have financial commitments to their households or obligations to their employer. Lord knows that Big School isn’t in a position to help artists pay all of their bills…not yet anyways! However, I do look for a strong commitment to creating and supporting music – otherwise it would be difficult to justify the countless hours we’ll spend promoting and marketing the releases – not to mention the financial commitment! I also view the label/artist relationship as a two-way street – support should naturally come from both sides! Operating a record label is traditionally thought of as running a business but there’s much more to it when you factor in the relationships you build with the artists along the way. So to recap – we’re looking for bands who are passionate about the music they create! 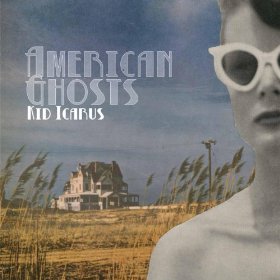 TFN: Is there a “Big School” sound?
Marcinowski: Far from it! In recent years my tastes have grown increasingly wider and wider and it will show over time through the label’s roster. Even now there are no two bands who sound alike on BSR – Bombadil’s brand of whimsical folk is nothing like the two-minute blast of Shy Mirrors adrenalin is nothing like Point Reyes’ technical and vocal prowess. Low Level Owl (The Appleseed Cast) is one of the greatest post-rock albums cut into metal parts, ever. So there really are no limits or specific Big School sounds! I’ve no beef with niche, band-of-the-moment or ‘sounds-like’ labels, in fact there are many great labels that fall into that category, but I fully intend to continually try to surprise our small but devoted fan-base while at the same time releasing music I truly love.
TFN: Top 3 Big School releases?
Marcinowski: Soooo unfair! I have to roll with the three ‘closest’ releases if for no reason but to protect myself from any kind of bodily harm – Kid Icarus, Norwegian Arms and Graham Repulski 7”. The other guys would have to travel a ways to get close to me especially Shy Mirrors’ Mike in Sweden! 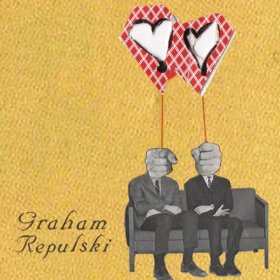 TFN: How does vinyl fit into Big School’s overall strategy?
Marcinowski: Vinyl will always be the centerpiece format for Big School. I’ve been a collector myself for going on 20 years now so it only makes sense to support the format 100%. I’m also very interested in revitalizing classic (in my mind) albums that have never found their way to wax. We’re also currently involved with the final ‘gold’ vinyl edition of The Appleseed Cast’s Low Level Owl Vol. 1 & 2. That’s not to say we won’t dabble in other formats (the Norwegian Arms release is available in LP, CD and tape!) but the core of our model will always be vinyl. Unfortunately it’s the most expensive format to produce and it takes up the most amount of space! Pretty soon I’ll need a second basement/office!
TFN: What is in the pipeline for 2013?
Marcinowski: The first quarter of the year is shaping up to be quite busy for Big School! Shy Mirrors and Norwegian Arms will see their new LP’s drop in January and February will feature new LP’s from Graham Repulski and Bombadil. We’re also looking at a few really awesome vinyl re-issue opportunities as well. Later on in the year we’ll be looking at putting together a Philly-centric monthly tape or 7” club that I’m really stoked to see come to light. Philly has such a criminally underrated music scene! 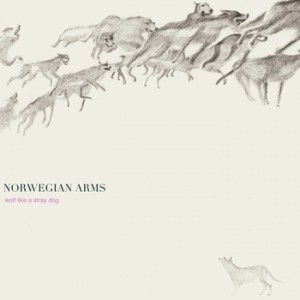 TFN: Name an album (classic or new) that gets plenty of airplay at the office?
Marcinowski: At this point in the game it might be passé but I never grow tired of Paul Simon’s Graceland. A close friend of mine picked me up a copy of the recent 180gram re-issue anniversary edition of the album as a gift and it spins quite regularly on the office turntable. As far as new releases – outside of the label – I’m totally in love with the Daughn Gibson and Hop Along ’12 releases!
TFN: What do you think of the current state of music?
Marcinowski: It would seem that the ‘state of music’ falls into an ‘us vs. them’ black/white category/argument anymore and it’s disappointing to see so much focus centered away from the actual music. Even as a label owner I wholeheartedly support streaming formats like Spotify and Rhapsody just as much as I stand behind physical formats. Everyone is different and each one of us listens to and experiences music differently. As a consumer I’m thrilled at the fact that I can now stream an album on Spotify before purchasing the record or using the service while working at my day job. For once I feel it seems the playing field is level for a consumer on a try-before-you-buy basis. I can’t speak directly for the financial implications of these services on musicians themselves but I do know the services are likely here to stay so instead of looking at (or bickering about)Spotify’s 20,000 plays = $.17 payout – perhaps we should be looking at the x-amount of people who are now familiar with your music that weren’t before who are likely to make it out to your show when you’re in town, maybe buying a shirt or CD/LP as well. I’ve also read arguments centered around the idea that streaming services cheapen the music experience but I disagree! Obsessive listener types (like myself) will always covet their vinyl, CD and even tape collections more so than any streaming service or pile of mp3’s stored away on a hard drive. We’ll continue to support physical formats as a label as well as making music available digitally whether it’s on Spotify, iTunes or Bandcamp. I can go on and on about it so I’ll digress! With all of this said – I am totally excited about the amount of QUALITY music being released right now. It truly is overwhelming and sometimes I find myself needing to backtrack and spend some time with my favorites or classic albums I’ve yet to familiarize myself with but that’s a natural feeling for most, if not all, obsessive music listeners. Regardless, it’s my responsibility as a “labelhead” and curator to continue immersing myself in new music and I’m loving a lot of what I’m hearing. At any given point in time there are hundreds of artists I’d love to ‘sign’ or work with in some capacity!