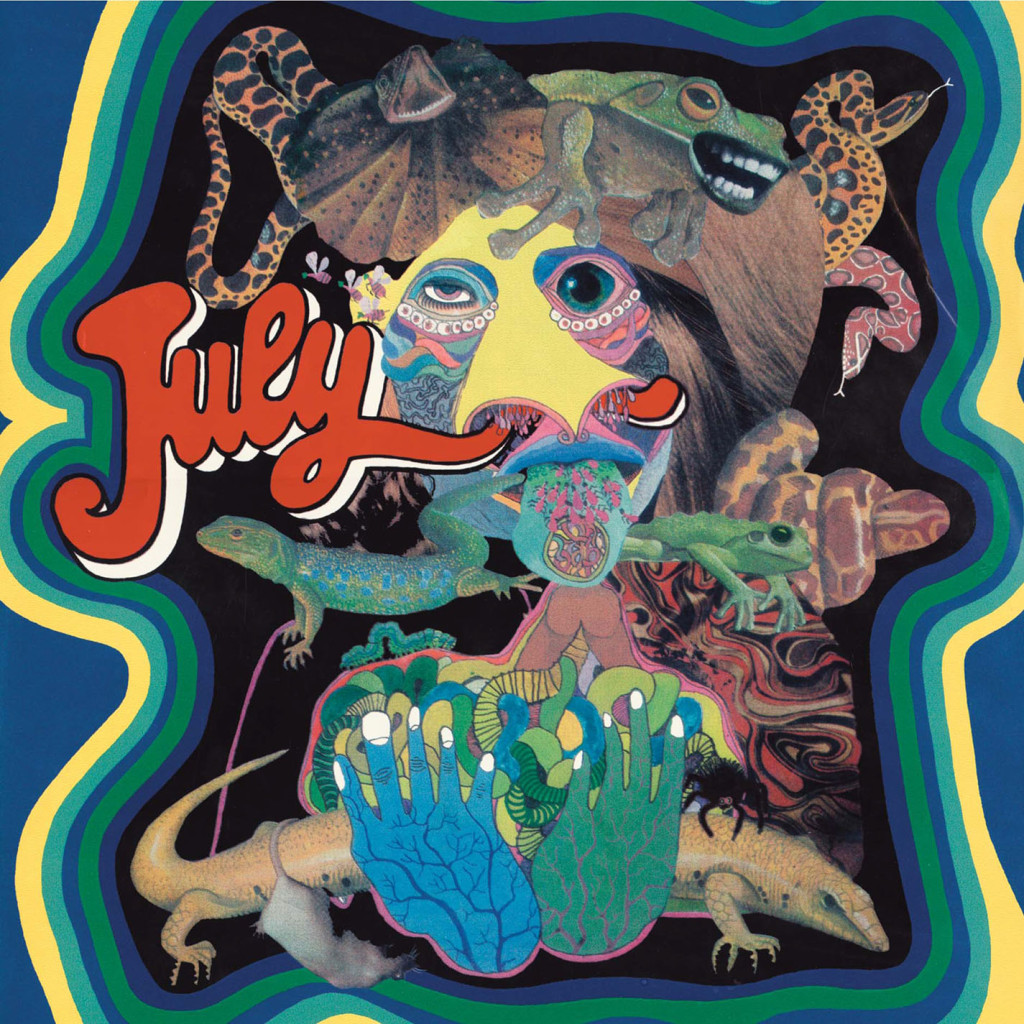 Released: 1968
Producer: Tommy Scott
Length: 36:12
Part of what we hope becomes a regular reissue program of psych classics, Rhino records re-released three of England’s best psychedelic rock albums for Record Store Day 2014: The Yardbirds’ Little Games (their only album with Jimmy Page as the main guitarist and his last with the group before forming Led Zeppelin); The Idle Race’s The Birthday Party (led by future Move/ELO star Jeff Lynne); and July’s self-titled first and only album (in their original incarnation, anyway). July’s LP is probably the least well-known of the bunch, but it deserves to be heard just as much as the other two, which is why we thought it would make for a great classic album revisit.

Rising from the ashes of several other London-area bands, July were part of the golden age of British Psych. With their somewhat whimsical yet still trippy sound, July fit right in with acts like Piper-era Pink Floyd, Tomorrow, The Move, The Pretty Things, and Soft Machine. Lead singer Tom Newman’s voice is reminiscent of a slightly more restrained Syd Barrett, and while the band don’t get as “out there” as the Floyd’s early records, there are plenty of interesting audio textures being explored. The album opens with both sides of the band’s stellar premiere single: “My Clown” features phased guitar noodling, a catchy vocal hook, and Indian-inspired percussion on the tag, while “Dandelion Seeds” is probably the band’s best track, an irresistible blend of incendiary guitar work, trance-inducing rhythm, dreamy bridge, and surreal atmosphere.
While the first two tracks would be a tough act for any band to follow, July do an admirable job—the remainder of the album is just as appealing: there are poppier, screwball tracks like the “See Emily Play”-like “Jolly Mary” and “To Be Free” along with tunes that are more inventive and obviously “psychedelic,” like “Hallo to Me” with its string arrangements, “watery” guitar tones and odd vocal harmonies or the hypnotic side two highlight “I See.” You’ll also get the occasional track that just seems to come out of nowhere and blow you away, like the incredible “You Missed It All,” a track that sounds like what might happen if you locked Robert Wyatt and the members of Yes in a studio around 1970. 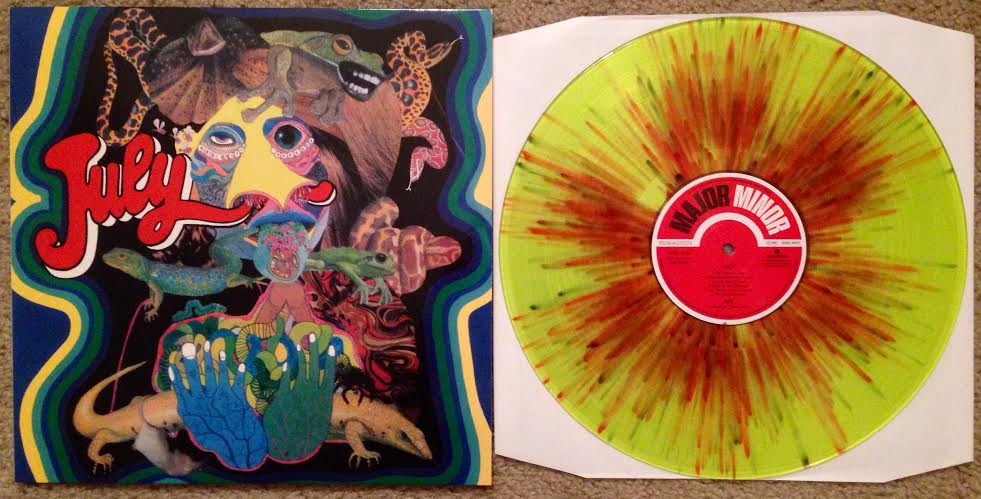 The packaging on the 2014 vinyl reissue is a simple but high-quality replica of the original sleeve, one of the more visually interesting covers to come out of the era. Even cooler, though, is the record itself—pressed on heavy transparent yellow vinyl, the record features blue and red splatters in a radial pattern that makes it look like part of a Fourth of July (ha!) fireworks display. Pictures don’t really do it justice—it has to be seen in person to be appreciated. The album is presented in its original mono mix and sounds great, with lots of detail and plenty of dynamic range to capture all of the album’s shifting musical colors. Only 850 of these were pressed, so if you see one out in the wild be sure to snap it up—this is one album any fan of classic British psych should have in their collection.