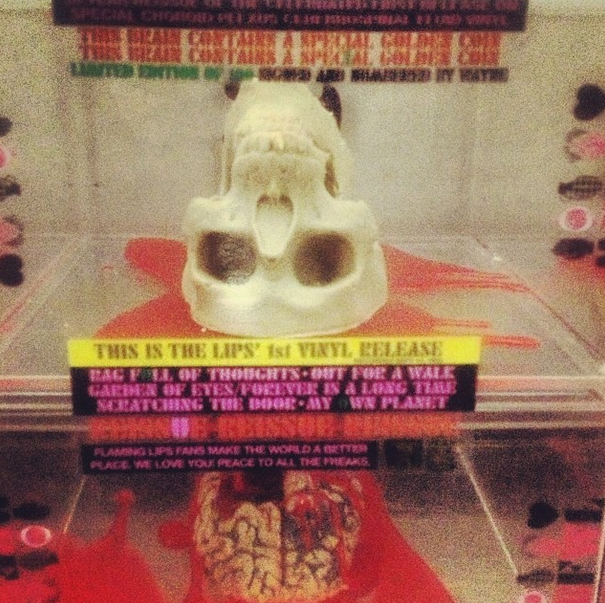 Christmas comes early for Flaming Lips fans this year. The Flaming Lips 1st EP will be available as a limited edition 12-inch on green vinyl and signed by Coyne. The last time this recording was available on vinyl was in 1986. It was originally recorded in two sessions at Benson Sound in 1984 and released on the group’s homemade label Lovely Sorts of Death Records. This edition has been remastered by Lips bassist Michael Ivins and given a reimagined cover by freak artist Charlie Immer.
Also for sale, will be The Flaming Lips 2nd Cassette Demo (recorded in 1983), which will be available as a limited-edition 7″ on blue vinyl and signed by Coyne. Originally recorded in 1983, it captures the group in a transition from its primitive shambolic drug-damaged punk-pop to the primitive shambolic drug-damaged hallucinogenic cosmic brother death rock heard on the 1st EP. The music has been remastered by Lips drummer Kliph Scurlock and the cover photo is by Wayne’s brother, Dennis Coyne.
Both items go on sale from participating record store retailers on December 24th and only 2,000 copies of each piece will be made available.