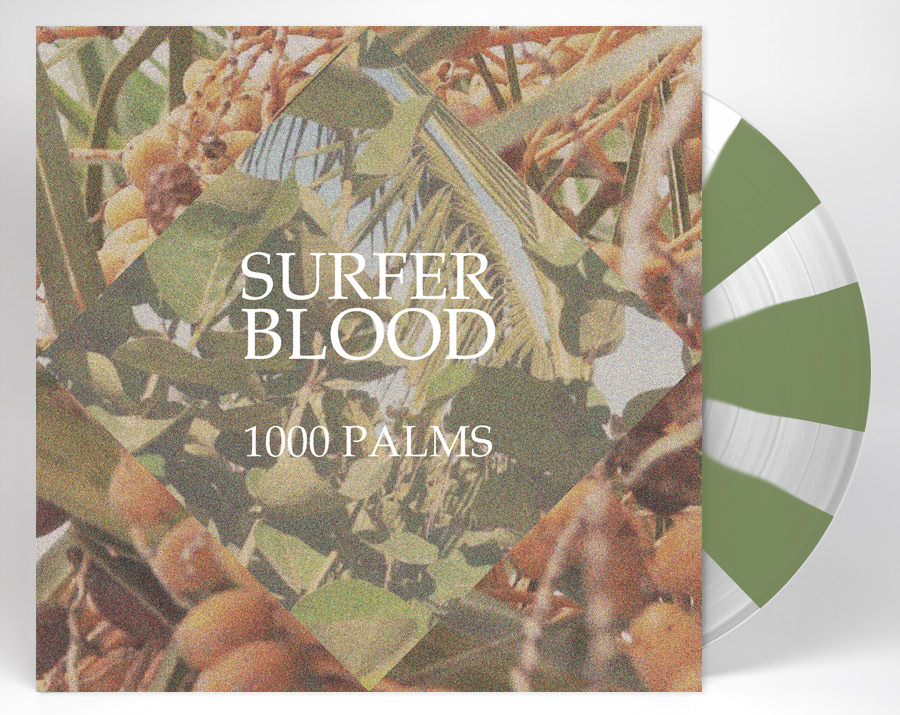 Surfer Blood has signed with Joyful Noise Recordings for the release of their new album 1000 Palms. The band has returned to earlier times as 1000 Palms was self-recorded and self-produced.
The record will be released on May 12th and is available for pre-order! The VIP Edition is limited to 500 hand-numbered copies on green & clear “starburst” vinyl, which includes an exclusive flexi-disc bonus song. The album is also available on sky blue vinyl, black vinyl, CD, and cassette (limited to 250). You can grab all variants HERE.