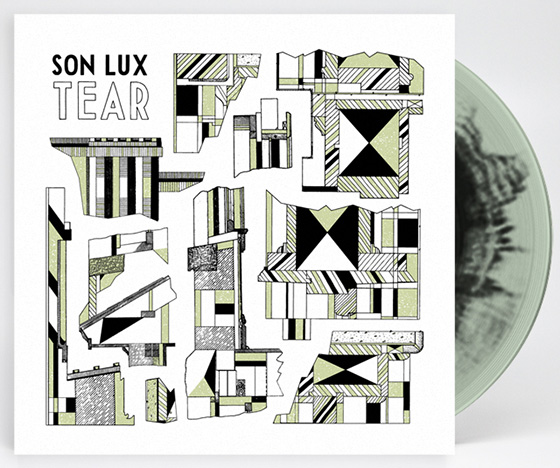 Son Lux has officially signed with Joyful Noise Recordings and already has a limited edition 7″ single available.
Son Lux is Ryan Lott – music school grad, member of sss (with Serengeti & Sufjan Stevens), and one of the most inventive composers around. Son Lux’s debut recording, At War With Walls and Mazes (Anticon), earned him the title of “Best New Artist” by NPR’s All Songs Considered.
Son Lux’s third album, titled “Lanterns” is slated for release in October. TEAR is a conceptual 7″ featuring one new song in two distinct parts. The music featured on TEAR is exclusive to the 7″ and will not be included on the upcoming full-length.
TEAR is limited to 300 copies on glass-green w/ black haze vinyl. Featuring custom letterpress artwork, each copy is hand-numbered and signed by Ryan Lott (aka Son Lux). You can order a copy HERE.