For Against 3LP Box Set on Captured Tracks / 1000 Copies 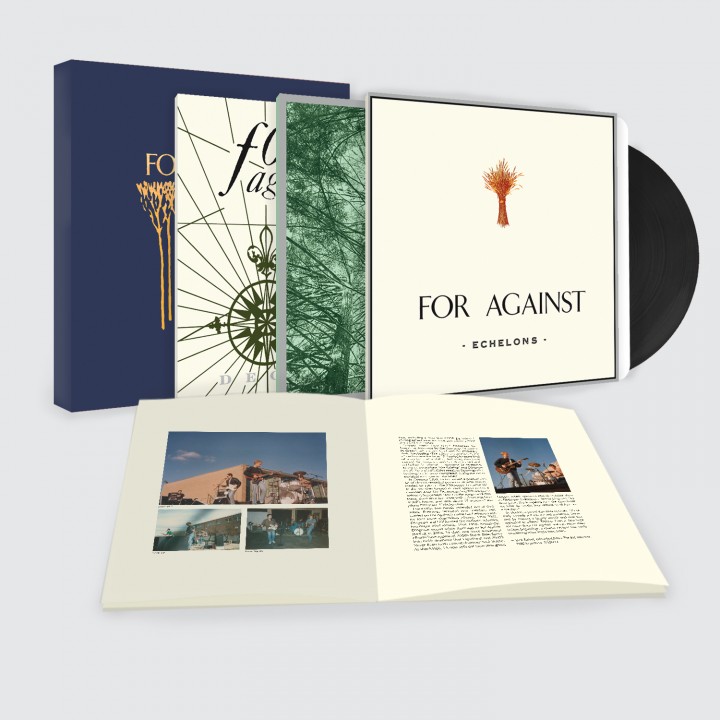 Captured Tracks will be reissuing the first three full lengths from seminal Lincoln, Nebraska post-punk trio, For Against. Originally released by Independent Project between 1984-1990, these releases will see their first vinyl appearance in over 20 years in a deluxe edition limited boxed set.
Remastered by Words on Music (by Marc Ostermeier of Should), the set will feature a bonus booklet and ephemera from the bands early career. For Against was an anomaly within the midwestern post-punk climate, offering melodic and dreamy hook-laden songs in stark contrast to the post-hardcore sounds of the time. With this release, their firmament and place within today’s current crop of guitar-based indie bands should be made secure.
The For Against 3xLP Box Set will be available in a limited run of 1,000 on December 3rd. Each LP has an individual jacket that recreates the original album art and includes a 12 page 12×24″ booklet with full color photos and liner notes. All of this comes packaged in a beautiful midnight blue matte wrap box with gold foil stamping.
You can pre-order a box set HERE at Captured Tracks.
For Against Boxed Set
Echelons (1987)
1. Shine
2. Daylight
3. Get on With It
4. Echelons
5. It’s a Lie
6. Autocrat
7. Forget Who You Are
8. Loud and Clear
9. Broke My Back
December (1988)
1. Sabres
2. Stranded in Greenland
3. Svengali
4. They Said
5. The Effect
6. December
7. The Last Laugh
8. Paperwhites
9. Clandestine High Holy
In The Marshes (1990)
1. Tibet
2. Amnesia
3. The Purgatory Salesman
4. Amen Yves
5. Fate
6. In The Marshes
7. Amnesia (studio version)
8. Amen Yves (original version) – See more at: http://capturedtracks.com/catalog/by_artist/ct-167-168-169-for-against-box-set/#sthash.iaOW7QJS.dpuf

Into It. Over It. Announce 2014 Headline Tour