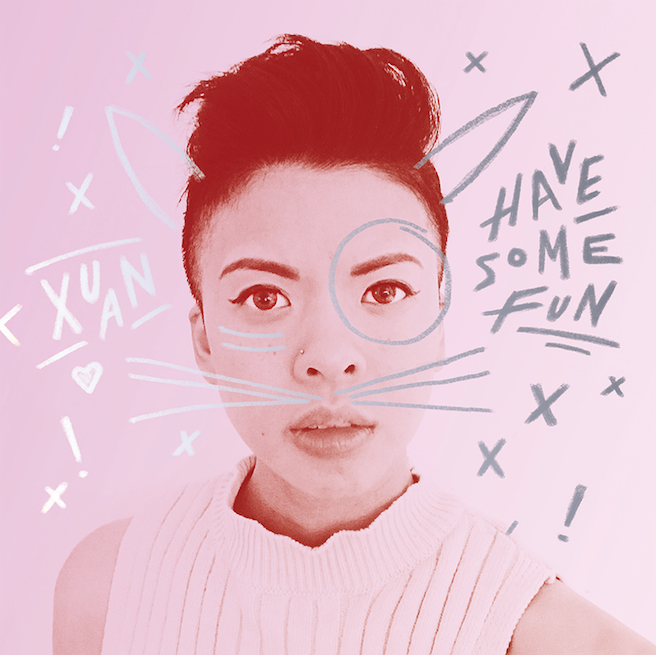 Xuan (pronounced “Swan”) Nguyen is a singer/songwriter from Dallas, Texas. She grew up in the burbs of Big D but being the daughter of Vietnamese immigrants helped influence an exploring life move to Viet Nam where she hosted a TV show. She then traveled around Southeast Asia and Australia before making another move – this time to Ireland!
She started writing songs in Ireland but it was after she moved back home and connected with Salim Nourallah (producer Old 97s, The Damnwells, Rhett Miller) at an open mic that got things rolling. He invited her to record at his studio which turned out to be her debut, Have Some Fun.
Have Some Fun is not out till November 16th via Palo Santo Records but TFN is giving you a premiere look (and listen) with her new video for album track “We Were Just Talking.” The video follows Xuan in the development of a new relationship and shows how it is not always easy. I don’t want to ruin it but it does have a happy ending!
Beyond the fun video, Xuan’s infectious indie pop voice makes this upbeat song stick in your head with her Jay Som meets Juliana Hatfield type of delivery. Everything about this video and track will have you wanting to hear more so make sure you check out Xuan’s social media and pick up the record on November 16th!
Xuan Website
Xuan Facebook
Palo Santo Records