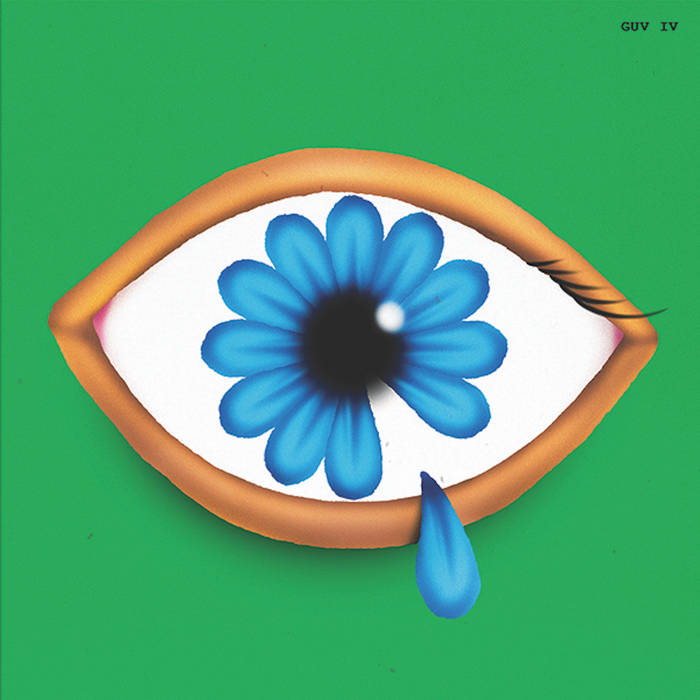 Ben Cook — a.k.a. Young Guv — completes his pandemic GUV series with the final installment IV. The New Mexico sessions that were recorded back in 2020 have already spawned three albums with IV showcasing the last of the quarantine tracks. The interesting thing about I-IV is how well they work together but also thrive as independent offerings. I and II were released separately first in 2019, then they were packaged together as a 2LP set. III and IV are now following the same release method as the double album release is set for this Friday. The series also follows the same strength in order in my opinion, as I was better than II and now IV is not quite as catchy as III.

III was back to the power pop supreme that is Young Guv as IV shakes up the formula way more and finds Cook going into some new waters that includes utilizing slide guitar, yacht rock moves and even some new wave styled post-punk. None of it distracts from his pleasant vocal delivery but some of the songs don’t stick as well as his previous work, especially as they are more recognizably different. I still like the country pop flow during “Cold In The Summer” but his Beatlesque vocals conflicts some on the countryfied “Maybe I Should Luv Somebody Else.” The opening track “Too Far Gone” is a reminder of how good Young Guv is at producing a power pop rocker but the yacht rock during “Cry 2 Sleep” feels more like a “lets see if this sticks” type of moment. It is not a bad track by any means but it is also not a song you will be wanting to quickly hear again. I do like the new wave edge of “Nervous Around U” that really does present a different approach for Young Guv. The dance groove, the post-punk undertone and the fun up tempo really works!

The entire GUV series is a quality piece of work as IV does nicely close things out. With some editing, I think Young Guv would have made a crazy good double LP out of this work which would of included a selection of songs from I-IV. With that said, I appreciate getting to hear a majority of the sessions and as a fan, really appreciate the different avenues Young Guv travels. When you also think about how these tracks were created, it only makes sense that more diversity would settle into the overall work because even the biggest power pop fan might get a bit weary from hearing 40 similar songs. With IV finally hitting the streets, I look forward to hearing where Young Guv goes next as his talent has now been put on full display!

KEY TRACKS
“Too Far Gone” / “Change Your Mind” / “Nervous Around U”

Archers Of Loaf – “In The Surface Noise” [Video]