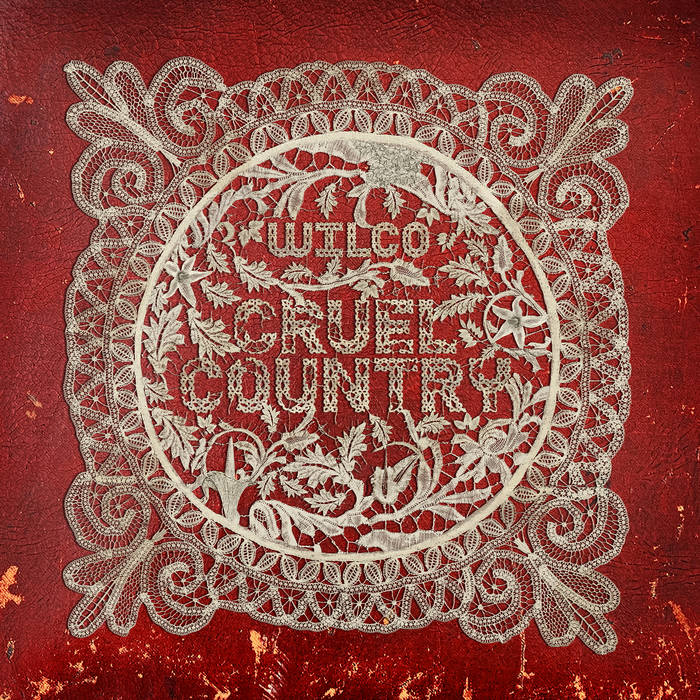 The advance word on Wilco’s 12th studio album, Cruel Country, was that the long 21-song double-disc release would be a return of sorts to leader Jeff Tweedy’s country music roots. Tweedy’s previous work in Uncle Tupelo was largely responsible for creating that expectation, something the band strived to distance itself from shortly after Wilco’s quickly produced debut, A.M. But if that early word that “Wilco goes country,” has fans expecting songs like “Acuff-Rose” and “New Madrid,” two of Tweedy’s contributions to UT’s great swansong 1993 release, Anodyne, they’re going to be sadly disappointed. And as long as we’re keeping score, there’s also nothing that rocks as hard and with as much intention as “The Long Cut” or “We’ve Been Had” either.

Wilco had only completed the first leg of their Ode To Joy tour late in 2019, before everything shut-down the next spring with the onslaught of the pandemic. Shut-in with his family, Tweedy supported by his sons Spencer and Sammy, started playing informal live shows on his wife’s Instagram account, playing songs from his four solo albums or the Wilco catalog, and a variety of covers. “The Tweedy Show” became a reliable thing, producing over sixty episodes, and now that we’ve all seen Tweedy in a variety of his pajama bottoms, the 54 year old has accepted his place in the “Dad rock” generation.

When the band finally gathered together in Tweedy’s Chicago studio in person at the same time, for the first time in a long time, Tweedy writes in the album bio, they “began the way we always do, experimenting with different types of songs and styles hoping to discover something new and inspiring.” And sure enough, he says, “Country and Folk songs started happening. Loads of them. The tried-and-true became the ground on which to project the world’s hallucinations.”

So, written on the spot, and recorded live with everyone playing together, that album leans toward simple, straight forward constructions for the most part, Tweedy entirely on acoustic guitar. The arrangements are open and breathe more, with more room in the mix to make out the keyboards of Mike Jorgensen and Pat Sansone, while guitarist Nels Cline best known for his frantic, often histrionic soloing throughout the band’s live shows, leans more heavily on his lap steel, some dobro and baritone guitar than traditional electric. Drummer Glenn Kotche, who often plays a central role in Wilco’s sonic imagination, bringing a creative, often melodic touch to his percussive contributions, seems more subdued throughout, choosing his moments, with bassist John Stirratt, the band’s only other original member alongside Tweedy, like kicking in the beat for the lengthy jam that takes up more than the last half of the nearly 8-minute song “Many Worlds.” While lengthy instrumental moments on Cruel Country are pretty rare, this moment coming as the album moves toward its second half is delightful.

“I Am My Mother” opens the album, a sturdy folk/rocker that takes a cold look at immigration as “dangerous dreams have been detected/streaming over the southern border.” A perennial concern that finds folk “rejected” and “neglected” while those who could fix it have “kicked the can/Into a dead end.” There’s a touch of twang in the lap steel added to the tick-tock beat of the title track that mixes a sentimental child-like patriotism, with a recognition that that same country can be “stupid and cruel.” That love/hate tension runs throughout the entire album, mixing a wrestling with American exceptionalism with the real world experiences of our corporate failure to form a more perfect union, and the personal heartbreak that follows. In the folk song feel of “Hints,” Tweedy sings of the ”sacraments” of a natural world marked by holy hills and “rivers rounding ridges,” but common sense, mutually beneficial solutions are made impossible for many of our problems because “there is no middle when the other side/would rather kill than compromise.” It’s perhaps the most politically direct Tweedy track since “Ashes of American Flags,” on the band’s breakout album, Yankee Hotel Foxtrot.

“All Across the World” feels like a light, somewhat familiar Tweedy melodic pop song, as the narrator watches “what other people go through” when a hurricane destroys life in a far away community, wondering “what good can I do/when I can barely stand/knowing what’s true.” “Bird Without a Tail/Base of My Skull” opens with a light, airy pop rhyming exercise like a child’s poem, “crack/back, smart/heart,” but then it opens up to a nice acoustic guitar jam, reminiscent of Jerry Garcia’s better work. “Tired of Taking It Out on You” leans on Tweedy’s accessible folk/pop melody, while he regrets his actions towards his partner when he’s “in pain.” Stripped back to a simple acoustic guitar, Tweedy sings a prayerful anthem to “The Universe,” “for better or worse/it’s the only place to be” only to have synth strings lifts the choruses, as he calls out for ultimate meaning.

“Hearts Hard to Find,” in what feels like another in a long line of laid-back folk songs that are practically ballads, finds Tweedy face to face with his own insensitivity to the suffering of others, wondering if “there’s something wrong with me.” The band turns up the twang on “Falling Apart (Right Now), with some fun baritone guitar picking on a song that insists that the people in a relationship have to take turns dealing with a broken heart. And if the brushes on the snare aren’t a big enough clue, “Please Be Wrong” feels like a true country crier, where the singer hopes the desire of his heart is wrong about him, Tweedy doing his best George Jones, then in the piano ballad of “Story to Tell” he mixes that twang with a bit of John Lennon. Then as if to answer all of us who wondered where’s the country on the first half, they offer up a twangy sing-along set to a steady two step, “kick up your heels” rhythm, in “A Lifetime to Find,” which of course is about finding the meaning for one’s being as they face death. Pure country song fodder, straight and simple.

When a band puts out a double album these days, nearly an hour and twenty minutes worth of music, there’s always the question of whether a shorter, more compact version of the album wouldn’t make a stronger impact. Cruel Country will not escape that debate, and there are easily a dozen songs here that will very likely never be performed on stage. But like many others who’ve been following Tweedy’s career since early in his Uncle Tupelo days, I’d have to say that there’s very little on this record that doesn’t hold my attention when the song is playing (and I can’t say that about all of his solo works). And while my personal tastes lean toward the band’s five album run from 1996’s Being There to the 2007 release Sky Blue Sky, there’s plenty going on here to hold me over until the band goes electric again and they return to breaking new ground.

KEY TRACKS
“Cruel Country” / “Many Worlds” / “All Across The World”