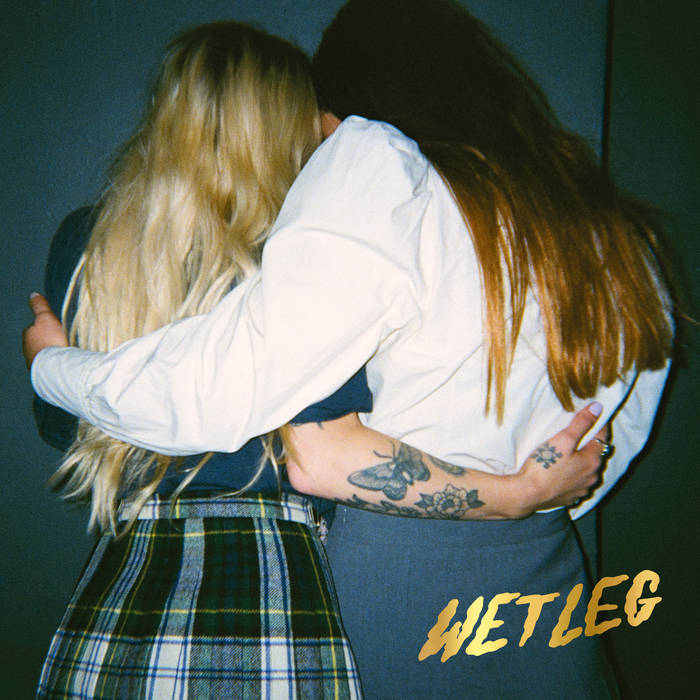 “Excuse me?”, “What?” is the inquisitive back n’ forth question that gets repeatedly posed between Rhian Teasdale and Hester Chambers on the catchy single “Chaise Lounge” from the British indie band Wet Leg. Its surprise not surprised delivery tone is just one of the cool moments you will hear throughout this self-titled debut and it really does captures the confidence and witty prowess of its members. Since the Isle of Wight group was founded in 2019 by Teasdale and Chambers, Wet Leg has built an extreme amount of hype for the release of their debut . In fact, before the album’s official release tomorrow, there has now been six singles released which is honesty unheard of in our current state of music. That is half the album and you think to yourself – that is somewhat cocky and what could possibly be left?

Well, what is left is one great record of tight songwriting, bold lyrics, free expression and a laid back nonchalant mood which fits so many different lifestyles. They are a group that has the sexual directness of Liz Phair, the snarl and energy of Elastica and the modern flare of some other current “it” acts like Dry Cleaning, Porridge Radio and Mitski. From the opening foot tapping pulse of “Being In Love,” you immediately get this album injected into your bloodstream with the harmonizing “ooh and ahh’s” and its buildup to an explosive guitar breakout. This turn off, turn on guitar is mixed with isolated lyrics and keyboards that create a winning formula that happens again and again. Wet Leg’s strength is that their songs have the ability to entertain everything from a small packed club to a stadium. Each track has lines that grab your attention while Teasdale has a great voice and can handle the lead singer spotlight much like Debbie Harry, Karen O or PJ Harvey.

Every single you have heard from this album fits perfectly in the sequencing as they are nicely spread out across the record. The new songs you will now ingest on your first spin incorporate many of the pieces that made the singles so catchy but also have a bit of psychedelic surf sway to them. The tracks have the ability to be your new earworm but also form the bridge between the singles you are already addicted to. This is how Wet Leg is so good. It is an album from a young and carefree band that is filled with timeless pieces of indie rock. Wet Leg’s smarts will impress you, their crassness will put you on edge and their musicianship will keep you coming back!