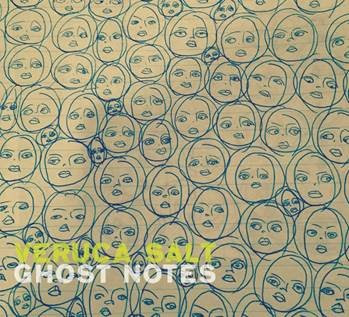 Fire Note Says: Veruca Salt find success with the original formula.
Album Review: Having reformed with their original line-up back in 2013, Veruca Salt has returned with their new LP, Ghost Notes. This is the first record featuring Louise Post and Nina Gordon, since 1997′s Eight Arms to Hold You. For all review purposes, this record could be and probably should receive a shrug of the shoulders but instead the band brings back their poppy and grungy charm that drove 1994’s American Thighs. It also goes without saying that Post and Gordon need each other for this thing to work.
Neither artist had much success after ‘97 with several concoctions of Veruca Salt led by Post with albums I would be hard pressed to name and the forgotten solo career of Gordon which produced two records that fell into the major label fallout hell. That “whoa is me” story is the perfect setup for Ghost Notes as Veruca Salt makes the best of it. 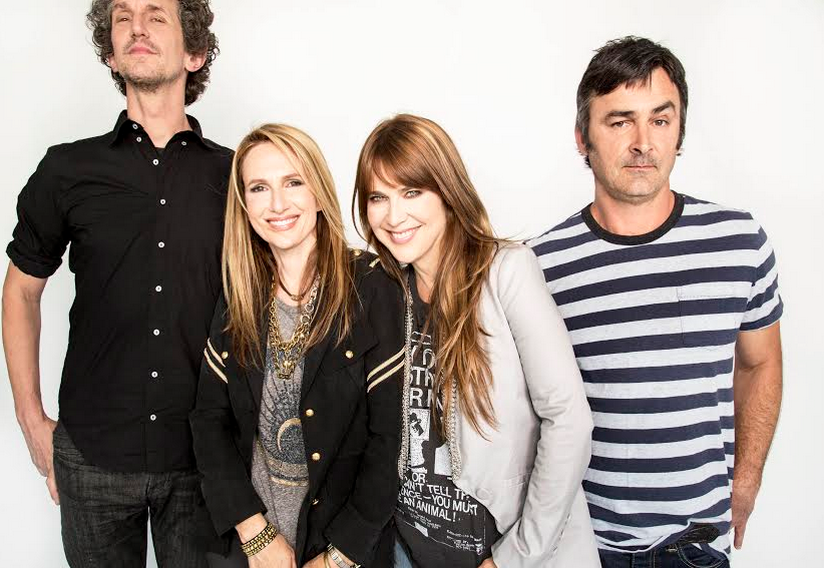 From the groovy opener, “The Gospel According To Saint Me,” the band eases back into things but really gets going on the attitude filled follow up “Black And Blonde.” The surging bass and heavy skins dominate this track and when the soaring harmonies hit along with the whispering sing along in the background, you know that Veruca Salt is back in the mix. They have always been a rock band that at times can lean towards the forgettable cliché but pulling it off at this point is much harder than it might seem. The almost six minute “Empty Bottle” is one of those songs that sticks as it starts off incredibly slow and then turns up the amps in mere seconds. The passion is still there too as the climatic lyric “Banging my head against a wall of sound; Wall like a love it brings me to the ground; We surf the crowd, oh we will not go down; I don’t want to drown if you’re not drowning with me” points out that emotion is emotion regardless of age or time.
I will tell you straight up that Ghost Notes will not make the Top 50 this year but it is a solid return to the stage for Veruca Salt. If you liked their first two records, Ghost Notes will satisfy your core. At 55 minutes, the album is a bit long but it also makes up for lost time as Veruca Salt flex their still in shape muscles till the end.
Key Tracks: “Black And Blonde” / “Empty Bottle” / “The Sound Of Leaving”
Artists With Similar Fire: Juliana Hatfield / Weezer / Throwing Muses