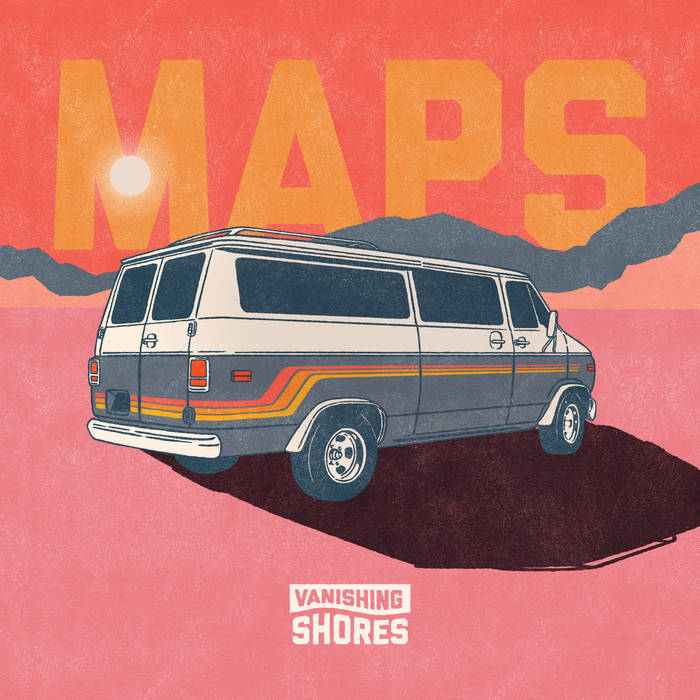 Cleveland, Ohio band Vanishing Shores delivers the kind of high energy, anthemic rock on their debut full-length release Maps, that aspires to fill arenas with big guitar sounds, floating synths, and big, power pop sing along choruses. This 8-song album is set-up like an opening set you might hear, delivered by the opening act for a U2 or Foo Fighters show, starting with the impressive opening track, “Road Less Traveled.” Three songs in you get the reflective “City By The Sea,” complete with orchestrated strings, followed by an acoustic mid-set ballad in “Long Gone,” before things begin to build to the concert’s emotive climax, the penultimate rocker “Days,” steady with solid power chord accents, followed by “First Light,” the string-drenched power ballad with the long, slow building fade out that leaves the crowd longing for more. At least that’s the hope; as they sing in the song Believe, “every band I know/wants a better show/to sing it loud and long/And hope someone sings along.”

The dream of singer, keyboardist and composer Kevin Bianchi, brought to full technicolor life on the crunchy guitar sounds of his brother Brian Bianchi, with bass from Eric Van Horn and drums by Justin Rice and the chorus of backing vocals from Katie Egan and Justin Hartman. Like the music, the songs drip with positivity and you-can-do-it spirit. On that famed “Road Less Traveled” you may be “in love with the dark,” even as you’re “praying for daylight,” but Bianchi sings, “I don’t even care if we get lost/We can always find the stars/I believe in hope unseen/I believe it changes everything.” While Vanishing Shores plays with classic rock moves, the production values and immediacy of the songs give these reliable sounds a sense of urgency and relevance. Played well live, these songs have the stuff to connect, and are bound to find fans willing to sing along.