Fire Note Says: Segall saves his best of three albums in 2012 for last!
Album Review: Ty Segall is walking in rarified air these days. There aren’t many artists who can put out three excellent albums in a year. Ryan Adams tried it with his trilogy of Cold Roses, Jacksonville City Nights, and 29, back in 2005. While the first two were excellent, he lost some steam with 29, which was merely ok. Of course, on the other end of the spectrum, we have Robert Pollard, who between solo albums and Guided by Voices albums, will have released 5 albums by the end of the year (six if you count the just released Boston Spaceships Greatest Hits ), in what diehards have called a slow year! Segall has already hit big this year with his collaborative album with Tim Presley of White Fence, entitled Hair, and his full band album, Slaughterhouse. Both albums were universally praised and will find themselves on multiple year end best of lists.
Believe it or not, Twins has actually upped the ante and is not only Segall’s best album of the year, but it’s easily the finest, most fully realized album of his career to this point. Take the best parts of his albums Melted and Goodbye Bread, and combine them, and you have Twins. It has the riffs, the sludge, the melodies, and most importantly, the sheer fun of all his best work, yet, feels like it’s his most concise well thought out record. Gone is the jammy excess of Slaughterhouse, which sounded like The Stooges covering Hawkwind, and the quieter moments of Goodbye Bread. What we are left with are 12 great pop songs, disguised as garage rock. At this point, Segall has surpassed the late Jay Reatard’s impressive discography, and is now closing in on bigger game. Over and over again, I find myself thinking, if this album came out 20 years ago, it would have been Nevermind. That’s how good Twins is. If Segall ever got a budget and the right producer, it’s scary to think what he could come up with. 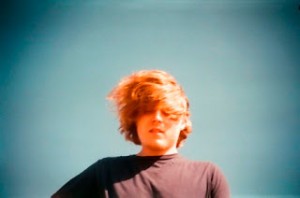 Enough about all of that, let’s talk about the songs. As I said, there is nothing as in your face as Slaughterhouse, this album works a bit more in the psychedelic explorations he did with White Fence. The melodies are still very Lennonesque, and it rocks harder than Goodbye Bread ever did, it’s a lot like the new Sic Alps album. It’s a throwback to the 60’s, yet entirely of today. There isn’t a single song here that is less than excellent, each track is a highlight for me. If you ask me again in a few weeks, there’s a strong chance I would have given this an extra half star to make it a five star album. You have to hear this record today, that’s how good it is. Go get it.
Key Tracks: “Thank God For The Sinners”, “The Hill”, “Would You Be My Love”
Artists With Similar Fire: Jay Reatard / Sic Alps / Black Lips
Ty Segall Band: Slaughterhouse [Fire Note Review 6/28/12]
Ty Segall: Goodbye Bread [Fire Note Review 1/4/12]
Ty Segall Website
Drag City Records
-Reviewed by Kevin Poindexter