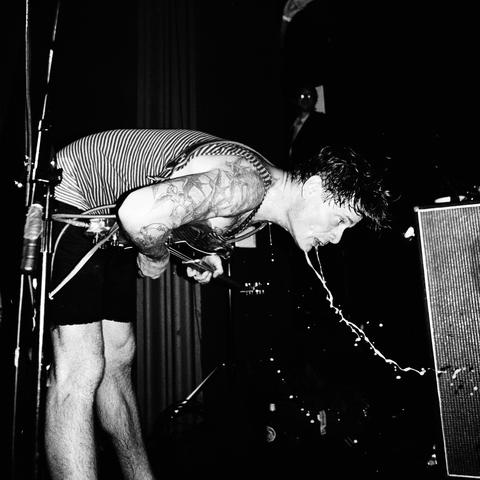 Fire Drill Album Review: Have you been following Castle Face’s Live In San Francisco series? If so, you have already heard great sets from the Ty Segall Band, FUZZ, Destruction Unit, White Fence and OBN III’s but this is the record we have all been waiting for. Mr. Castle Face himself, John Dwyer and his Thee Oh Sees have just released the first double LP in the series and it is absolutely essential to the collection.
Right from the opening announcement of “make sure that guitar is good and loud” on “I Come From The Mountain” you know that you are in for a thrill ride. Thee Oh Sees own the stage and rule this 58-minute set from beginning to end. The set list is Floating Coffin (2013) and Mutilator Defeated at Last (2015) heavy with three tracks a piece out of the eleven but it really doesn’t matter because they are all played to perfection. What you also get here is a new track in “Gelatinous Cube” form their forthcoming full length, A Weird Exits, which is due out in the fall, “Tidal Wave” which is the oldest track here from a 2009 7”, “Man In The Suitcase” shows its chords and can be found as the B-side to the recently released single “Fortress” plus there are several songs form the 2011 record Carrion Crawler/The Dream, which includes an almost 16 minute closer of “Contraption/Soul Desert” from the record, which is completely killer and musically mesmerizing.
If you are a Thee Oh Sees fan, Live In San Francisco is a must own. The songs come to life in this settling like on the grooving “Sticky Hulks.” I swear the guitar came through the speakers and punched me in the face. These type of moments “live” propel this album and show why Thee Oh Sees are one of most regarded underground indie bands out there. This edition also comes with a DVD of the show (a series first as well) which, as expected, delivers but even if it didn’t exist, Live In The San Francisco featuring Thee Oh Sees is the 10th in the series and may be the best yet – let’s keep them going!