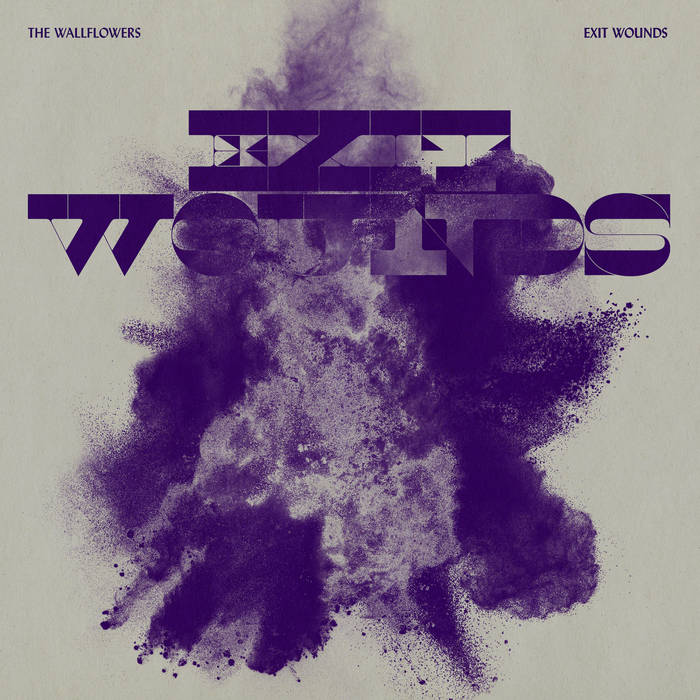 By the time Jakob Dylan stepped into the studio with his band The Wallflowers to record Bringing Down the Horse, the band’s breakthrough 1996 sophomore album, it was more than obvious that he’d been studying the classics. But it was more complicated and interesting than simple lineage, the band’s two biggest singles “One Headlight” and “6th Avenue Heartache,” owed at least a nod to Tom Petty & The Heartbreakers. And for my money, the album’s dark horse, “Three Marlenas” may have borrowed the chord change from Lou Reed’s “Sweet Jane,” but the verses suggest a class or two from Bruce Springsteen’s storytelling seminar. Out on the road in support of that album, The Wallflowers seemed to be opening for about half of the bands I saw for 18 months – Counting Crows, Blues Traveler, you name it – and in that time the band took back possession of those tunes, and on successive albums Dylan and his changing cast of Wallflowers carved out their own artistic identity.

By the time, The Wallflowers recorded their last album, 2012’s Glad All Over, Dylan had already stepped aside to record two more intimate, folk music oriented solo albums, the second one Women + Country was produced by T Bone Burnett. In the years that followed, the band experienced more personnel changes, and Dylan reportedly recorded an album with Dave Matthews, and Charlie and Will Sexton for a new band called The Nauts that hasn’t seen the light of day. A lot more visible was Dylan’s role in the documentary film and soundtrack, “Echo In The Canyon,” a celebration of 60’s pop music legends that had settled in Laurel Canyon in the hills above L.A., creating what has become known as the California Sound. The film featured interviews with David Crosby, Stephen Stills, Michelle Phillips, Jackson Browne, the last filmed conversation with Tom Petty and a host of others, while Dylan not only served as interviewer but put together a band to perform covers of classic songs from The Byrds, The Turtles, Mamas & Papas, Beach Boys, which featured some of the veteran artists and younger musicians from Dylan’s generation, Beck, Fiona Apple, Cat Power, Norah Jones and more. It was a great listen and no doubt a master class in pop songwriting and arranging.

Which brings us to Exit Wounds, the first Wallflowers album in 9 years, where Dylan is back in his established rock groove, as if he hasn’t missed a beat. Dylan is working with producer Butch Walker, an acclaimed singer/songwriter in his own right, with production credits that cover a wide swath of modern rock and pop sounds, from Pink, Avril Lavigne and Katy Perry to Weezer, Fall Out Boy, and Panic! At the Disco. Still, Dylan gets that The Wallflowers is best when it feels like a real rock band all pulling in the same direction, and he and Walker, who also adds guitars, keys and backing vocals, got that vibe in the studio with guitarist Val McCallum, bassist Whynot Jensveld, drummer Mark Stepro, and keyboard player Aaron Embry. That chemistry is evident on “Roots And Wings,” the album’s first single with its potent pop hook and memorable chorus, sturdy structure in the crunchy rhythm and soulful guitar solos, and equally so on the 9 other tracks.

As the title Exit Wounds suggests, Dylan’s songs acknowledge that we’ve been through a few years of hard living. The songs echo the woes of the walking wounded, those who find themselves more often than not on the “Wrong End of the Sword,” with the sad assurance that “I’ll Let You Down (But Will Not Give You Up).” Curiously enough, while the music feels approachable and even uplifting often, the tone throughout these songs tend toward dark reflections on a life that’s been drained of hope and possibilities. The album closer, “The Daylight Between Us,” finds a guy at the end of his rope, who claims to “want her back more than she’d guess/But mostly I just want to get wasted,” and the set opens with a guy realizing that the love of his life has set him free, saying “Maybe Your Hearts Not In It No More.”

While “Roots And Wings” seems to celebrate the gifts a mentor or perhaps a lover can bestow on someone younger, but the lyrics suggest resentment and regret, pointing out that “I showed you how to swing/And I showed you how to strut/That’s my mojo you’re using/That’s my wine getting you drunk/Was I that broke you in/I got you clean clipped and cut/You’re a mule among horses, I took you/When God stood you up.” So, yeah, it may feel affirming to sing how I gave you roots to secure your foundation, and wings so you could fly, but it turns out this song is really an angry diatribe. Many songs here echo the broken hearted veterans the relationship wars who sit around drinking the “flat beer” in “The Dive Bar Of My Heart.” The outstanding change of tone is the tear-jerk rock ballad, “Darlin’ Hold On,” which Dylan sings in duet with Shelby Lynne, “a world that’s as bitter as it is sweet” but even though hope is far, “I’m not gone/Hold on/I am always where you are.” The two voices blend provide a sense of solace, an antidote to the pervasive awareness of loss, and Lynne’s harmonies breathe light into the three other songs she shows up on, “Maybe Your Heart…” “I’ll Let You Down…” and “Move The River.”

There’s a curious alchemy at work in Dylan’s songcraft, and the unique way that the meaning of rock songs evolve as Exit Wounds feels a lot more positive and uplifting than a study of the actual lyrics would indicate. Take the fun rocker “Who’s That Man Walkin’ Round My Garden,” which includes a smokin’ hot guitar riff and Chuck Berry styled piano pounding, even while the song exposes a cuckolded lover’s angry question about the guy who slipped out the back door as he was coming in the front. Dylan’s smart lyrical hooks tend to accentuate the positive, as in “I’ll Let You Down (But Will Not Give You Up)” and “I Hear Oceans (When I Wanna Hear Trains),” even if the other content is less than hopeful. You can easily imagine a friendly audience singing out those lines, much like the chorus of “Roots And Wings” paying little mind to the dark vitriol that comes out in the verses. Smart rockers, like Dylan and many who have gone before him, have turned on eye toward the heartbreaks and woes that we hold in common, and in an elegant, almost magical turn of phrase provide a sense of catharsis and connection. The Wallflowers deliver these very goods throughout this fine comeback effort, leaving our “Exit Wounds” no worse for wear.