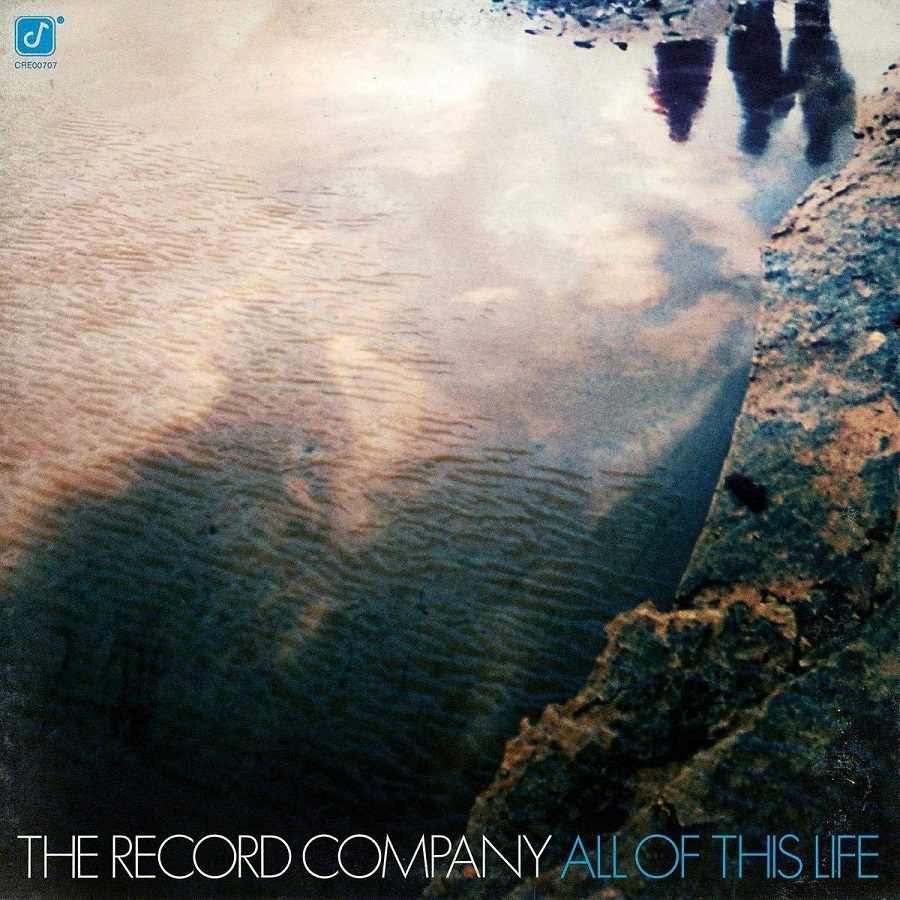 The Record Company
All Of This Life
Concord Music [2018]

Fire Note Says: Rock trio, The Record Company step up with a solid sophomore effort, expanding on their strengths.
Album Review: From the earliest days of rock & roll, there’s been a special place for power trios, like Cream, Rush, Nirvana, Husker Du, The Jam, King’s X, The Police, and plenty more. These are bands that relied on the essential less is more formula, often just guitar, bass & drums, and one or more sang, they couldn’t rely on an extra rhythm guitarist to fill out the sound, not a keyboardist or anyone else, they had to think creatively if they wanted to expand the sound. Some trios started strong, but added players when they wanted to grow their sound, especially on the road, but there’s something about a rock trio doing it on their own. So, I got pretty excited when I heard some songs from The Record Company’s 2016 debut, Give It Back To You, which was a solid debut effort of rock & roll basics, with a bit of blues feel and a good sense of how to make songs that connect with listeners.
And thankfully, they bring that same energy and creativity to their sophomore release, All Of This Life. “Life to Fix” opens the album, with a strong funky bass line and traditional rock basics in a choral “ooh, ooh, ooh” chorus, fast sing along verses, which is all pretty appealing, and that’s before the guitar solo toward the end. “I’m Getting Better (And I’m Feeling It Right Now)” brings a harmonica into the mix, but it’s another fast paced rocker in the old school tradition. Lead singer and guitarist Chris Vos adds some fun slide guitar here and there, but together with bassist Alex Stiff and drummer Marc Cazorla they stick close to rock & roll essentials, with smart variations that give their sound an authentic personal feel, but never wander too far from things that have kept generations coming back to this feel good music time and again.
A couple tracks here fall into an acoustic pop rock vein not too dissimilar from the kinds of things we’ve heard from Marshall Tucker, the Allmans’ and other Southern rock bands in pursuit of that elusive radio airplay hit single. While not particularly impressive, “You and Me Now” and “The Movie Song,” however derivative and repetitive, don’t spoil the impact of hearty fun rockers like “Roll Bones” or the bluesy appeal of “Night Games.” The Record Company is not breaking down creative barriers or reinventing the wheel, they are delivering solid rock & roll songs, that feel good on record but leave the impression they’d be even better live. In a world of uncertainty, it’s nice to hear a band deliver the raw essentials with the good sense to keep it simple.
Key Tracks: “Life To Fix” / “I’m Getting Better” / “Roll Bones”
Artists With Similar Fire: The Black Keys / White Stripes / George Thorogood