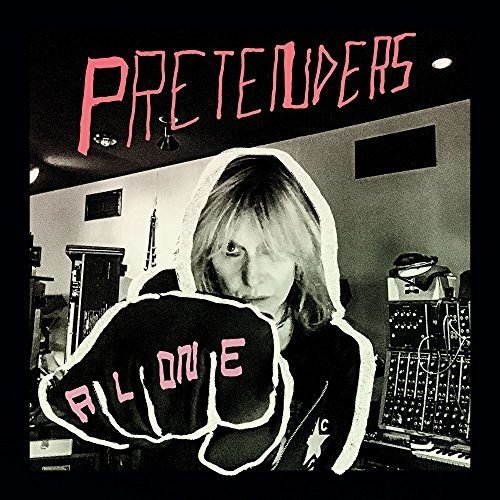 Fire Note Says: Hynde makes a strong case for the enduring relevance of her voice and musical stance.

Album Review: Rock N’ Roll music may be one of the rare places in life where something akin to “beginner’s luck” can pan out and deliver a rare critical and commercial breakthrough the first time out of the shoot. In most fields, we expect people to get better with time, to improve and grow as they gain experience, but how many times has a fresh young band’s first effort been the one they are known for, the one that the rest of their career output will be compared to? How many one hit wonders can you name?

Certainly that was true of the Pretenders, who’s groundbreaking self-titled debut in 1980 made a dramatic impact, thanks to singles like “Brass In Pocket,” “Precious,” “Kid” and the Kinks’ cover “Stop Your Sobbing.” No doubt, the band’s impact was rooted in the songs of Chrissie Hynde and her hard as nails feminist approach to sex and romance. But, Pretenders II, released a year later was deemed redundant, and shortly after its release the band’s guitarist James Honeyman-Scott and bassist Pete Farndon died in separate drug related events.

Over the decades, Hynde and drummer Martin Chambers have kept The Pretenders as an ongoing concern, producing 10 albums by 2008 with a veritable revolving door of backing players that have included big names like Paul Carrack, Robbie McIntosh, Bernie Worrell, and even The Smith’s Johnny Marr. Since 2005, Nick Wilkinson has held down the bass position, and in 2008 The Pretenders were joined by guitarist James Walbourne and pedal steel player Eric Heywood.

Chrissie Hynde, long the face and creative center or The Pretenders, tried her hand at a solo album in 2014, Stockholm, that was met with mixed reviews and only modest sales. Produced by Bjorn Yttling of the band Peter Bjorn and John, Hynde played with Euro-pop sounds that some of her fans enjoyed as a diversion, but clearly she’s at her best fronting a rocking guitar sound, which brings us to Alone, The Pretenders first album since 2008’s Break Up the Concrete.

But in reality, Alone, is functionally a solo record by all intents. Working with Dan Auerbach, the guitarist/singer of The Black Keys and most recently The Arcs, Hynde has continued to record with a variety of co-composers and studio players rather than her actual band. Auerbach is listed as playing guitars and keys as well as co-writing and producing. Additional songwriters include Bjorn Yttling again, as well as Richard Swift (drummer and multi-instrumentalist member of The Arcs, The Shins and touring bassist with Black Keys), Fyfe Dangerfield, Amanda Ghost, Marek Rymaszewski and Chet McCracken. 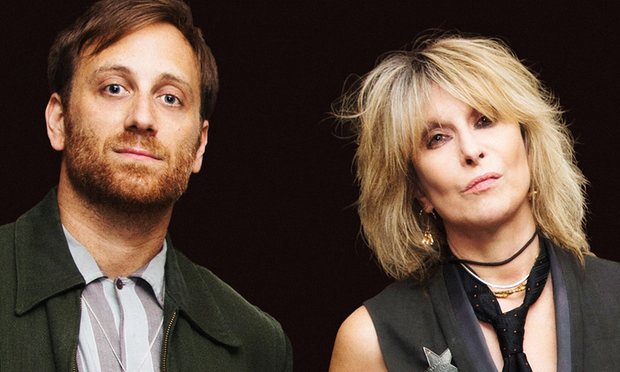 The remarkable thing about Alone then, given the plethora of contributors, is that it still feels like a very personal expression from Hynde, from the continued declarations of independence (in the title track and beyond) that thrilled her more feminist fans, all attitude and spit & vinegar. “I Hate Myself” is an expression of personal disappointment, but even there her bravado and strong personality shine through.

Musically, this Pretenders outing continues the guitar-based song structures of the band’s early heyday, although the frequent keyboard additions, the boogie woogie piano that accompanies the heavy guitar riff that defines the title track, and the occasional appearances of Hammond organ here and there as a subtext. The guitars are played by Auerbach, Kenny Vaughan, and the famed 78-year-old twang-master of 50’s and 60’s rock & roll, Duane Eddy.

The presence of Eddy suggests the musical leaning of the record toward a retro sound, that’s just short of a trio of “ooh” and “aah” female background vocalists from producing a Motown tribute record in a few tracks. Hynde maintains her hard rocking credentials with the stomp rock of “Gotta Wait,” but there’s a bit of an old school early rock & roll feel that permeates the album and for the most part it feels like a pleasant departure for Ms. Hynde, who before starting her own band was a music journalist.

That earliest of albums will remain as the major touchstone for Hynde and The Pretenders, but on Alone she makes a strong case for the enduring relevance of her voice and musical stance among all the testosterone of the alternative rock boy’s club. 36 years in, she continues to exhibit, with Auerbach & Co.’s help, the kind of energy and talent that explains her continued durability and musical appeal.