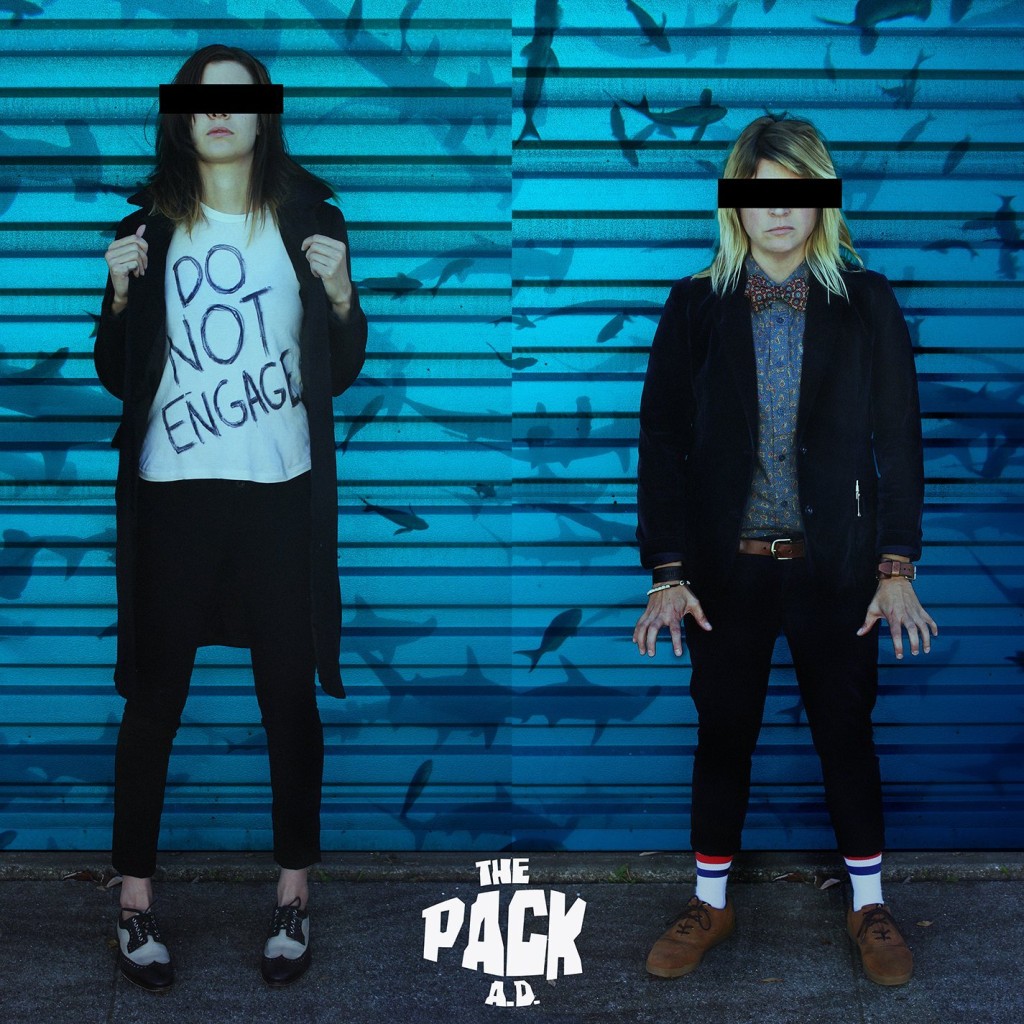 Fire Note Says: Don’t be afraid to engage with Do Not Engage – it will not disappoint.
Album Review: When The Pack A.D. first crossed my radar I was already prepared to approach with a dismissive attitude. But first impressions can be deceiving, because when this duo plays their fierce, attitude-ridden, unapologetic blend of garage/pop-rock and blues it becomes easier to see the appeal—the same charm that has pushed Fire Note favorites such as Japandroids, The Virginmarys, and Cold Warps to the top. Returning with their fifth LP, Do Not Engage, Becky Black and Maya Miller maintain that nothing much has changed for the album. It‘s business as usual and business seems to be good.
There’s no other way to say it: listen after listen, Do Not Engage just kicks ass. While it might not immediately take off with tracks like “Airborne” or “Big Shot,” The Pack A.D. is only pumping you up for what’s to come. “Animal” bares it teeth with wah-wah and fuzz-based ferocity. “Creepin’ Jenny” continues the assault with overwhelming volume and pounding drums that kick ass and take names. The many sides of “The Water” pleases the ears as it borrows from Them Crooked Vultures classic/desert rock buzz tones, while “Dead End Friends” stretches itself into a space time vortex before flying out of control. Lo-fi anthem “Loser” finds Black’s vocals awash in a very compelling and emotional chorus where she exclaims “I’m alone because I chose to be / So when I‘m lonely I have nobody to blame but me / I do it to myself, I do it to myself.” 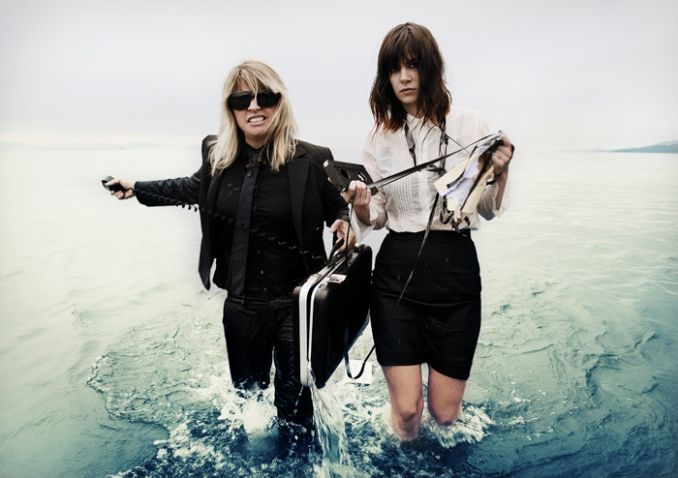 Aside from playing the small band, big sound card—which works very well—The Pack A.D. lyrics also pack some allure. “Stalking Is Normal” has Black questioning her un-reasonable behavior with lines such as “You don’t remember me at all / I’ve got pictures of you on my wall,” and the creepily-charming “I watch you in my house from my car / Should this be normal / I tattooed your name on my arm.” “Big Shot” keeps it fun with the lyrics “Well, you’re a jerk / Quite a piece of work / I think it’s fun that you’re so dumb,” while other little lyrical tidbits add some spice to Do Not Engage.
There is one problem with this review: this album is so accessible, fun, and tip-of-the-tongue that it was hard to fit all the other great moments in here. From the powerful rock-a-longs and danceable beats to the explosive energy, there’s more to find with every listen. Sometimes accessibility can be a death sentence, but by opening up and doubling down on their successes The Pack A.D. provide more than enough spunk to fall in love with. Bottom line—listen to The Pack A.D.’s Do Not Engage—you’ll thank me later.
Key Tracks: “The Water,” “Stalking Is Normal,” “Rocket”
Artists With Similar Fire: The Kills / Mr. Airplane Man / Deap Vally