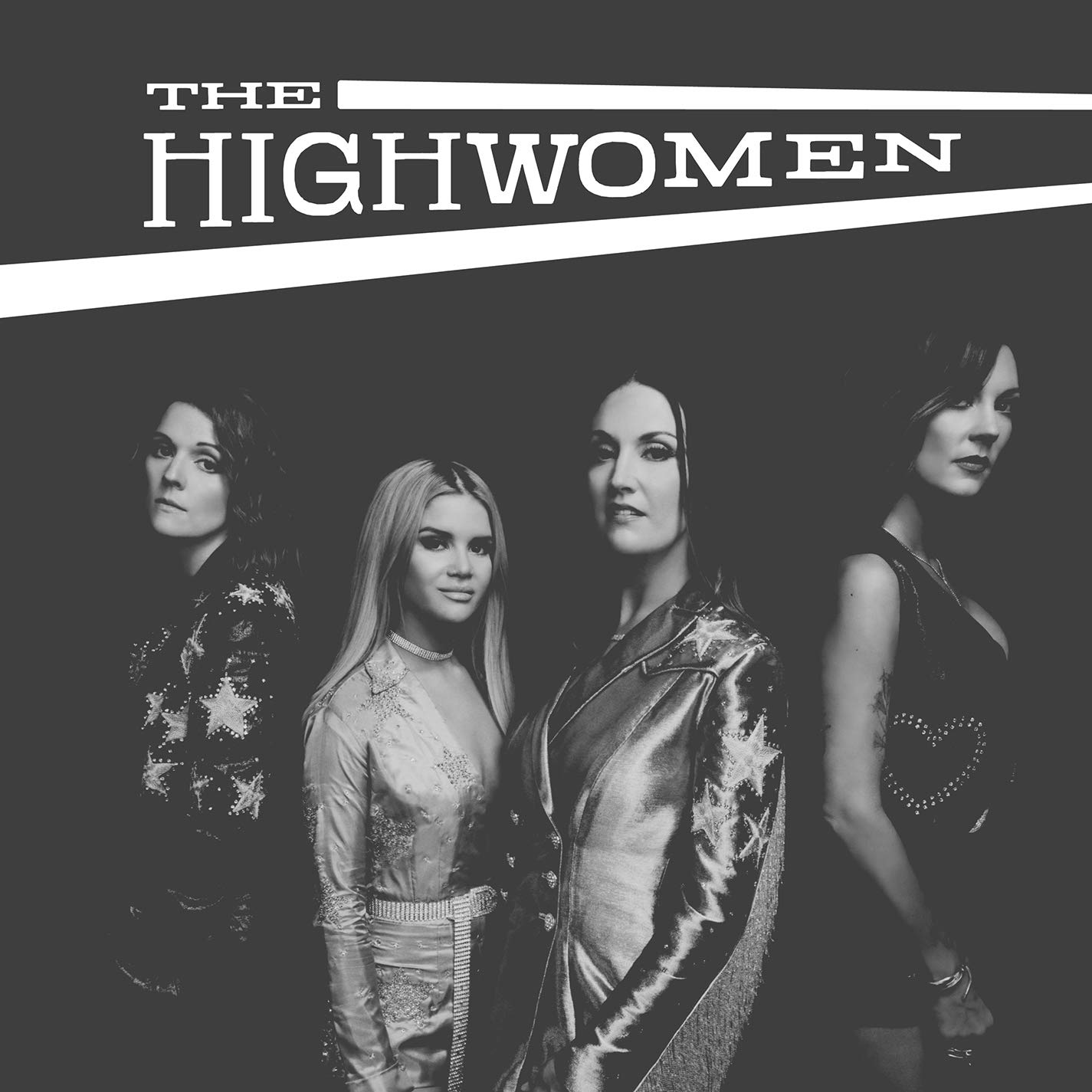 Album Review: The idea of a collaborative supergroup of female country artists is hardly novel, but dates all the way back to early sing-alongs on the Grand Ol’ Opry, but was no doubt given contemporary commercial viability when Dolly Parton, Linda Ronstadt and Emmylou Harris came together for “Trio” in 1987. And of course, for close to a decade, we’ve had Miranda Lambert’s Pistol Annies (with Ashley Monroe & Angaleena Presley), but according to the story, Amanda Shires came up with the idea for a female version of the notorious Highwaymen (Johnny Cash, Waylon Jennings, Kris Kristofferson & Willie Nelson), while she was finishing up her latest solo album, The Sunset, with her producer Dave Cobb. Cobb suggested she call Brandi Carlile, and the rest as they say is herstory.
Of course, Carlile had that breakout moment during last year’s Grammy’s during her performance of her song, “The Joke,” when her voice shone like the diamond that it is on those glorious high notes that got all those stars on their feet and you could feel half of the television audience googling her name and ordering a download of her album from last year, By the Way, I Forgive You. Shires, who has had a pretty golden couple years herself, both in her husband Jason Isbell’s band, The 400 Unit, and as a solo artist, and Carlile formed a strong alliance and brought Maren Morris and Natalie Hemby into the fold, and the Highwomen were off and running.
Now, it’s hard to imagine how bringing four such strong female vocalists together wouldn’t work, but the strength of this collaborative self-titled debut is more obvious in the songwriting than in the harmonizing, which of course is spot on. Carlile and Shires set a pretty high standard right from the start, with the re-write of Jimmy Webb’s original classic, “Highwaymen.” In “Highwomen,” they tell the story of four women who suffered for being ahead of their time, an immigrant, a doctor, a freedom bus rider during the civil rights movement, and a preacher, who may have been martyred but their spirits overcame all obstacles. For this one, they bring in British country singer, Yola, for a lead vocal turn, and Sheryl Crow sits in on harmonies.
Similar in feminist messaging, but much lighter in tone is “Redesigning Women,” an effort to put the stereotypes that limit women to keep them in their place with their tongues in their cheeks, and all four women sharing vocals. In the video for the song they start a bonfire of all the kinds of things women are supposed to wear to win over men, and they are joined by a crew of a dozen or so female singer/songwriters that includes Tanya Tucker, Wynonna Judd, Lily Hiatt, RaeLynn, and a host of others.
All four women contribute to the songwriting, and they cover a variety of women’s issues, but often with such strong personal narratives that they don’t feel like “issues” songs until you look back on the combined statement that the songs make, taken side by side. “Crowded Table,” written by Hemby and Carlile with Lori McKenna, imagines a world where there’s room for everyone, especially those folk who are a little broken and need a little extra care.
Two songs look at motherhood from different places. “My Name Can’t Be Mama,” describes a number of women who just need a break from their kids, while “My Only Child” finds a woman’s love for her solo offspring while acknowledging she’d hope to have a larger family. “Heaven Is a Honky Tonk,” in a very appropriate musical setting, imagines all that all “my heroes are going to heaven, all the junkies, and the liars, and the fools.” Sheryl Crow is back to sing one of the leads on that one, and Yola joins them in the harmonies. “Old Soul,” features Morris, while describing the need to grow old before your time. Shires and Isbell collaborated on the writing of “If She Leaves Me,” but gave the song to Carlile, which adds some realism to the lyric where a lesbian explains to her girlfriend’s male suitor that he’s wasting his time. These are all women’s songs and stories, and they benefit from the variety each writer brings from her own experiences.
Musically, this is real country music, in all it’s richness and melodicism, with strong playing by Cobb and Isbell on guitars, Shires on violin, and a host of solid studio players who back up these songs with care and precision. Of course, with this many strong female voices the lead vocals excel appropriately, and the harmonies while good actually leave you wishing they sang together more often. Clearly these are four women who will continue to have fine solo careers, I’m especially curious about what we’ll hear from Carlile and Shires, but there’s a certain genius in this combined effort. One hopes we’ll hear from the Highwomen again.
Key Tracks: “Highwomen” / “Redesigning Women” / “Heaven Is a Honky Tonk”
Artists With Similar Fire: Trio (Parton, Ronstadt, Harris) / Dixie Chicks / Pistol Annies
The Highwomen Website
The Highwomen Facebook
Elektra Records
– Reviewed by Brian Q. Newcomb