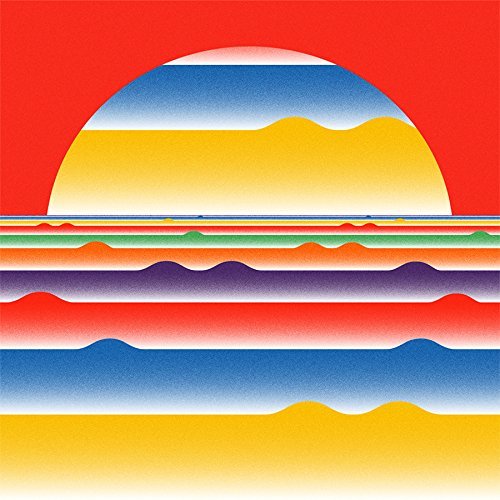 Fire Note Says: The Helio Sequence’s latest is long on atmosphere but short on surprises.
Album Review: Over the course of five LP’s since forming in 1996, Brandon Summers and Benjamin Weikel have carved out a little niche in the Indie Rock scene by combining guitar-driven songwriting with an electro-pop shimmer. With their sixth full-length (and fourth for Sub Pop) they elect to trod down the same dreamy, ethereal path they have traversed for some time now, seemingly content to let the songs do the heavy lifting for them. I’ve got to give them credit for not going all synth-pop or EDM on us as that would be just too easy. The lyrics on opener “Battle Lines” almost give the impression that they are a band in search of an audience: “I’m looking for a new direction/I’m looking for another way” could certainly be read that way. And then there’s that album cover – all primary color brightness making you think that this could be a new Helio Sequence. Isn’t that what you’re supposed to take away from a self-titled LP so far into a band’s career? A new beginning? Well, not so much. What we get is a record that continues where 2012’s Negotiations left off and that’s not necessarily a bad thing, you know?
This band’s sound is defined by Benjamin Weikel’s rock-solid drumming (I mean, this guy did ply his trade with Modest Mouse after all) and that remains intact. Brandon Summer’s pleasant and unassuming voice is still reverb-soaked – almost too much so – and his simple yet effective guitar lines punctuate the layers of keyboard that have always given the bad a sensual, seductive gloss. When this template works, as on album stand-out “Red Shifting”, it can be enough to let you forget about the lack of inventiveness within these songs and the attending lyric sheet (“I feel hollow/Red lines leading everywhere/I will follow/Let it bleed/Let it all come out.” Not horrible but no one’s mistaking this for John Darnielle or Bob Dylan either.) “Upward Mobility” picks things up a bit while sounding a little like The Walkmen in a melancholy mood (Summers’ singing is, in fact, plenty similar to Hamilton Leithauser’s.) That Summers is hung up on failed relationships becomes obvious after three or four songs and the somber words match the music in their sparse and dreary imagery. On “Leave Or Be Yours” he bemoans “all those things that you promised me/that you saved for me/will it ever be the same.” Then on “Deuces” the roles seems to be reversed: “Now I’m gone, you’ve lost your hold on me/It doesn’t matter how you want it all to be.” In the end it doesn’t really matter who’s dumping whom and he as much as acknowledges this on “Seven Hours” when he croons “And I wish I could hold your hand/And I wish you could understand/It all comes out in the wash.” 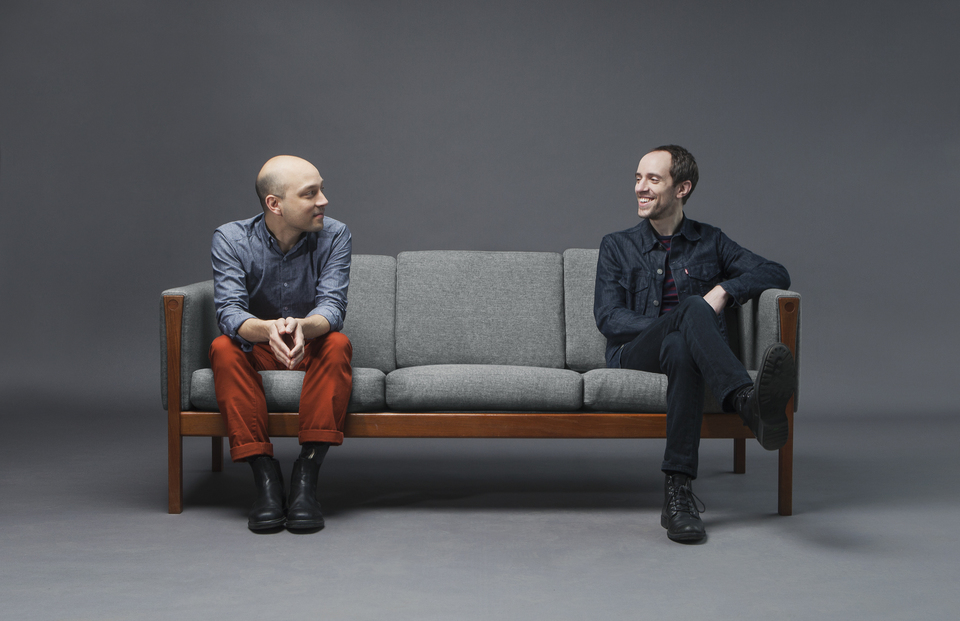 The final track, “Never Going Back”, kind of revisits the idea of rebirth and cutting ties with the past without offering much in the way of a plan or guidebook to what that alternative path might actually look like. And this is, of course, and excellent metaphor for this album’s enduring dilemma. All signs point to change but there is precious little of it on evidence. This does not make The Helio Sequence a misstep. There are moments of real beauty but not enough of them. There are moments of honest emotion but again…not enough of those either. It is a very nice record that functions very well as background music. What you’re left with is the distinct impression that they were aiming much, much higher and with that thought in mind it has “missed opportunity” written all over it.
Key Tracks: “Battle Lines” / “Red Shifting” / “Deuces”
Artists With Similar Fire: The Walkmen / Rogue Wave / Menomena
The Helio Sequence Website
The Helio Sequence Facebook
Sub Pop Records
-Reviewed by Scot Lade