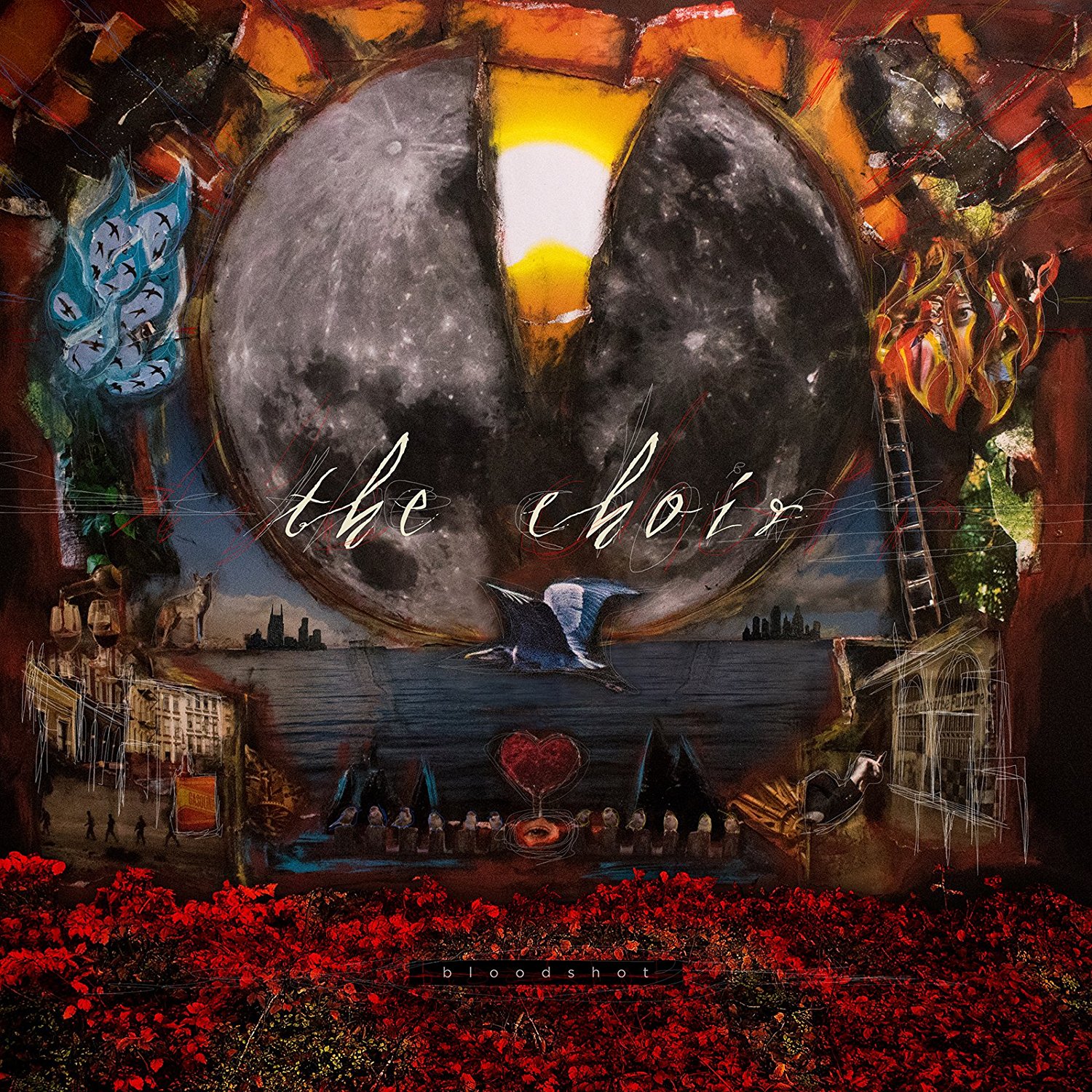 Album Review: In the economically fragile world of indie alternative rock, career longevity is a rare thing. In that regard, The Choir – who I first saw play at a Chicago music festival in 1984 and have produced 14 full-length original studio recordings, plus at least five live concert albums, and a handful retrospectives, acoustic re-releases and of late several anniversary re-mastered, re-issues with vinyl availability – have proven quite the anomaly. Add to that, that the band, originally called Youth Choir, originated in the Christian punk scene of Orange County just south of L.A., and earned major label support through Myrrh/A&M, enough to garner a Grammy nomination, before pursuing greater artistic freedom and control and broader appeal through their own label, Galaxy 21, using fan-sourcing to finance new projects.
It’s quite unusual, in my experience to hold a creative team together – as songwriters Steve Hindalong (drums/lyrics) and Derri Daugherty (lead vocals, guitars) have managed to do – while eking out a modest living and still producing new, creative music in your 4th decade, but the band’s last album, 2014’s “Shadow Weaver” is one of the strongest since the band’s earliest creative heyday. Anniversary tours in the last couple of years, have also increased interest in vinyl and re-mastered digital and CD releases of their classic albums, 1989’s “Wide-Eyed Wonder” and 1990’s “Circle Slide.” This year, along with this new release, The Choir is also offering a kick-starter to revisit “Kissers & Killers,” which were originally EP demos to pursue a mainstream contract and re-invent their band, thus it includes some the band’s most aggressive and creative guitar music, and remains a personal favorite.
Bloodshot, finds The Choir restored to its strongest formation – Daugherty, Hindalong, bassist Tim Chandler, and on saxes and various lyricon (a wind/synth instrument), Dan “Buckeye” Michaels – but they benefit this time around from an outside producer, Stephen Leiweke who also contributes various guitars and keyboards. Aside from Daugherty’s distinctive vocals and natural sense of melody, The Choir sound is best defined by his textured guitar sounds, which over the years have been compared to bands like The Church, The Cocteau Twins, and U2’s Edge, while Hindalong’s creative bursts of percussion always hold a solid beat, which feels especially up-tempo in this setting, where many of the lyrics point to a darker, sadder narrative arc. A couple tracks include smart string arrangements by Matt Slocum (of Sixpence NTR), especially noteworthy in “Birds, Bewildered” and the opening track “Bloodshot Eyes.”
But sadly, second guitarist Marc Byrd, who contributed widely to “Shadow Weaver,” and he and wife Christy (Glass) Byrd on vocals made a recognizable contribution to the “Circle Slide“ tour that next summer, are not present. Perhaps they are collaborating on another Glassbyrd project, or Marc Byrd’s other band, the ambient, instrumental group, Hammock, has demanded more of his attention.
Over the course, of the band’s history The Choir have carried a pretty consistent story arc across the 3 plus decades, relating to Hindalong’s lyrics of love and marriage, parenthood and the raising of children, and the struggles inherent therein, but Bloodshot finds them divorced, and picking up the pieces of their lives and moving on independently. While there is sadness and pain in this final resolution, there is no blaming, no recriminations, there are no excuses, “Only Reasons.” Hindalong and his caged, “Speckled Bird” have “set each other free” (“Birds, Bewildered”), and they’ve found that they love each other too much to live (and die) in a “House of Blues.”
But as I suggested the music here is more high energy and positive sounding than you would expect with this content, built largely around the duo’s consistent, mature songwriting. Engaging melodic vocals and some fun, unusual guitar sounds, just the right mix of sax and other sounds, including a rollicking piano in the pop song, “Magic.” Other signs of life and perhaps new love appear in “Summer Rain,” and there’s a couple of somewhat goofy tracks, “Californians On Ice” and one about a friendly intervention, “The Way You Always Are,” which is the closest thing here to “What You Think I Am,” the strongest song from “Shadow Weaver,” and to my mind the strongest song from The Choir in this second half of their career.
As our musician friends age and mature, some lose the interest, some lose the ability, some seem unable to capture the passion of their early inspirations, so I’m grateful for new music that remains relevant and new sounds, which suggests that sometimes, yes, you can teach an old dog new tricks. The Choir continue the journey with us on Bloodshot, healing old wounds and keeping an eye out for blue skies on the horizon, which is good news for old fans, and perhaps some new ones too.
Key Tracks: “Bloodshot Eyes” / “Summer Rain” / “Magic”
Artists With Similar Fire: The Church / Echo & The Bunnymen / Cocteau Twins
The Choir Website
The Choir Facebook
– Reviewed by Brian Q. Newcomb