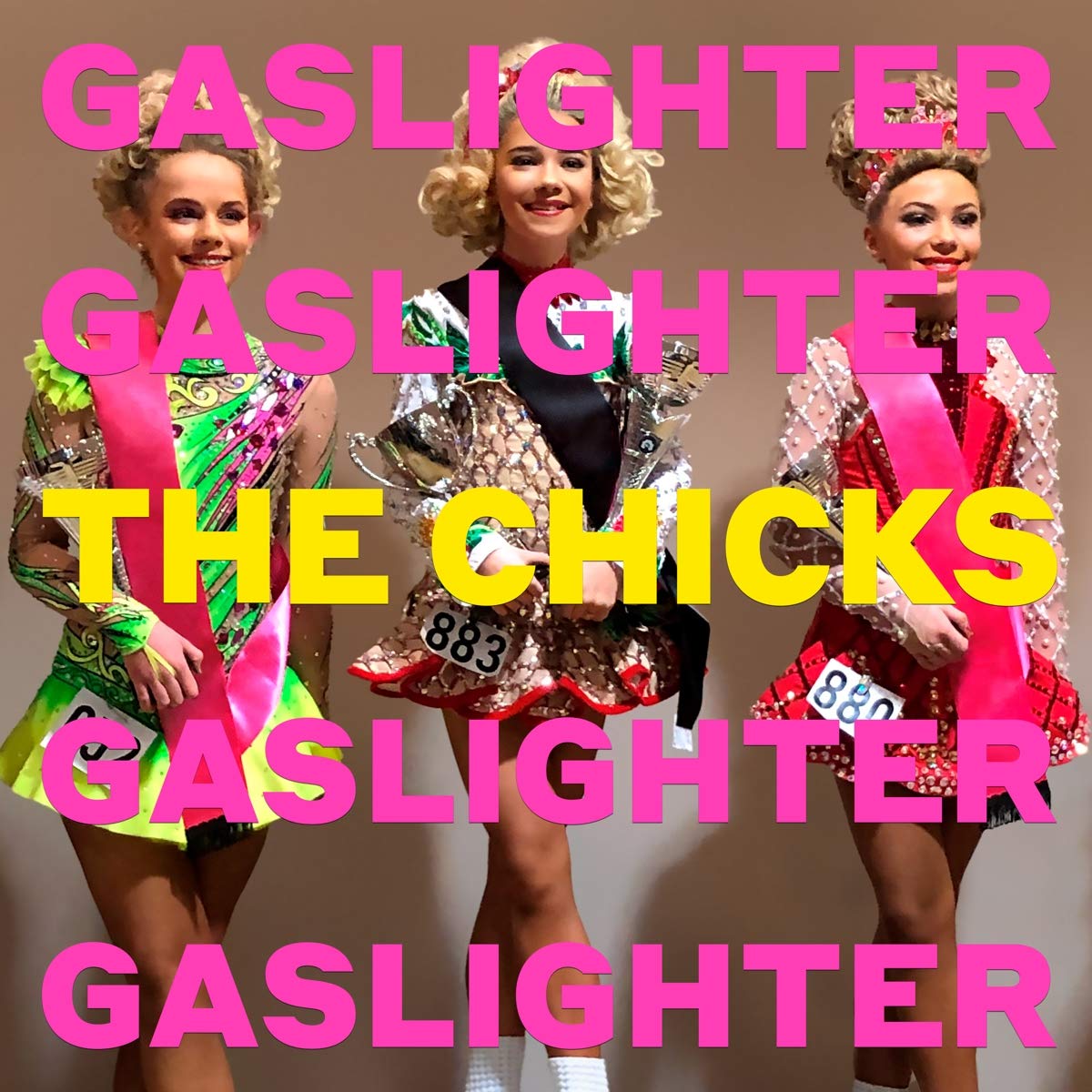 With women coming on strong in popular country music last year via strong feminist empowerment anthems from the Highwomen collaborative made up of Brandi Carlile, Amanda Shires, Natalie Hamby, and Maren Morris, and Carlile’s collaborative production giving Tanya Tucker a career reboot, you had to know that we were due to hear from one of the ‘90’s biggest female country acts, The Chicks (formally Dixie). Of course, the trio of Natalie Maines, Martie Maguire, and Emily Strayer, had that 15 minutes of unwelcome notoriety when Maines made an off-hand comment about George W. Bush’s imminent invasion of Iraq in 2003 in front of a London concert audience, and country music stations and politically conservative fan-base lost their shit, burning their albums and refusing to play their long list of hit songs. In response to that backlash, The Chicks pushed off in more of a pop direction with the aid of producer Rick Rubin, as much out of commercial necessity as musical interest, for 2006’s “Taking the Long Way,” their latest release. In the meantime, they toured with the Eagles, but only late in the 10’s did they start to suggest they were ready to make new music.

After 14 years away, The Chicks, losing that ridiculous “Dixie” in today’s cancel culture/Black Lives Matter moment, are back with one of their most personal albums ever and, no, they are still not ready to make nice. Of course, the title Gaslighter grabs onto a word that’s gained renewed relevance in the era of Donald Trump’s presidency, and penchant for, let’s say, avoiding the truth. But the subject of that song turns out not to be a reference to the Entertainer In Chief, but to Maines’ very public, tabloid-friendly divorce. Generally, I’m not interested in an entertainer’s private life, but I will say that a romantic or band break-up generally generates better music than when they are falling in love, and all squishy with romantic feelings. And whatever that guy’s lover did besides leave her “Tights on My Boat,” it’s obviously the tights thing that made the biggest impression. As angry female a cappella chants about kicking that man to the curb go, “Gaslighter” is a pop anthem with legs. “Sleep at Night” (as in “How do you…”), continues the spurned lover theme, with enough of banjo and violin in the percussion heavy mix to remind us of The Chicks’ bluegrass roots, but the song’s strength is Maines’ tell-all lyric that “my husband’s girlfriend’s husband just called me/how messed up is that/it’s so unseemly that I had to laugh,” and the women’s trademark vocal harmonies.

The album’s title together with the WaPo daily “lie count” kind of pointed toward a more political record, but there’s really only one track that lives into the protest tone of this current moment, “March March.” That said, the songs powerful video with historical footage of civil rights, women’s and LGBT protests, plus the printed names of victims of police violence and focus on recent Black Lives Matter activists, together with the song’s march beat, and old Dixie flavor in the instrumental outro proves more effective than an album of impotent political rants.

But while a broken heart will occasionally give you an up-tempo song of someone to come along and love you like a slow-hand “Texas Man,” more often than not you get the mournful odes like “My Best Friend’s Weddings,” “Julianna Calm Down,” and “Hope It’s Something Good,” that seek to comfort the lovelorn where even a solid attempt in the chorus for uplift isn’t going to fool anybody. “Young Man” is a tender folk ballad where a mother instructs her son that is genuinely touching, as are many of the sentiments expressed here by Maines & Co. But front-loading most of the bolder pop sounds, leaves the back half of the album to deal with some pretty maudlin feelings to match the crying pedal steel and violin that asks won’t you “Set Me Free.” We all have our favorite sad albums, but after all this time, The Chicks promise a stronger hand than they are delivering.