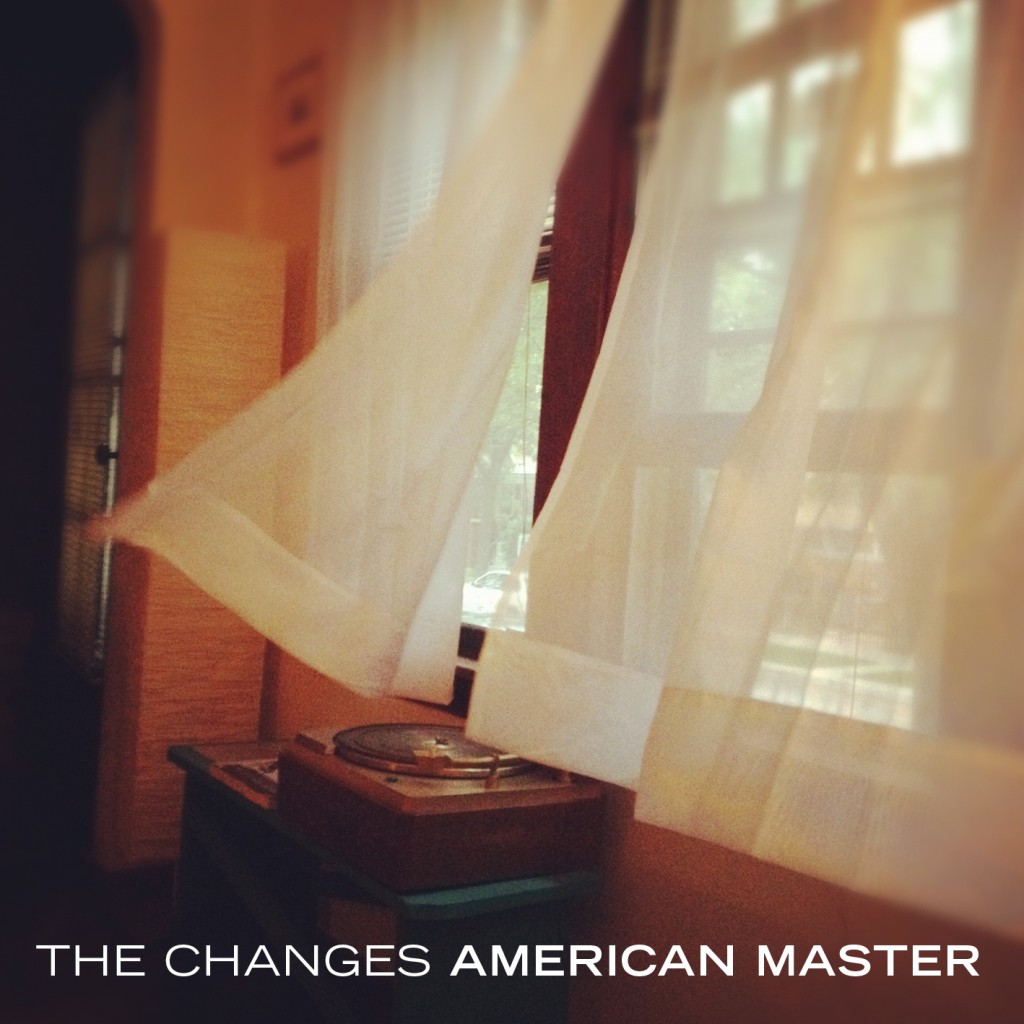 Fire Note Says: After seven years, The Changes release an excellent sophomore record in American Master!
Album Review: The Changes released their debut, Today Is Tonight, back in 2006 and at the time I thought for sure the Chicago band would quickly burst out of the scene. Well not only did that not exactly happen but The Changes dropped off our musical map which was disappointing because their retro 80’s new wave style was such a nice break from some of the other music out at the time.
Well surprise – The Changes have returned seven years later with their sophomore record American Master. Do you want another surprise? The band has not changed their sound one bit as their throwback smooth harmonies come at you in full force and we like them even better for it. From the very first track, “A Mystery”, lead singer Darren Spitzer captures your ear as his voice is slightly echoed and hovers right at the same volume level with the instruments. The song highlights everything that is good with The Changes as it features their slightly upbeat tempo that is driven by a jangly guitar line and a soft drum that only keeps the beat and never overtakes the track. This type of mid-tempo number fills up American Master as its Smiths meets New Order styling works track after track.
What makes The Changes even more interesting is that back in 2006 this sound seemed more like a revival but now in 2013 the band fits in well with most of the hot Captured Tracks Records roster such as DIIV, Heavenly Beat and Wild Nothing. All three great bands that have successfully blended this classic new wave sound and pushed it forward. What separates The Changes a bit from this grouping is the same component that also helps them succeed in keeping American Master very fresh as their undertone of pop capabilities push songs to the next level. Songs like “Gas Station Girl”, “No One Wants To Be Alone” and “It Was Saturday” are all good examples as each song has a power pop ingredient that keeps them memorable and makes choruses instantly singable while still letting the new wave sound surround and mold the tracks.
American Master took forever in music years to see the light of day but The Changes utilized their time away wisely as this record embraces a more mature outlook, picks right back up like the band never went away and becomes more engaging after every listen. It is a record that is not only timeless but one that surpasses their debut and maybe this time will keep The Changes in a spotlight so that they do not disappear again!
Key Tracks: “A Mystery”, “No One Wants To Be Alone”, “It Was Saturday”
Artists With Similar Fire: The Judybats / New Order / Luna
The Changes Website
-Reviewed by Christopher Anthony