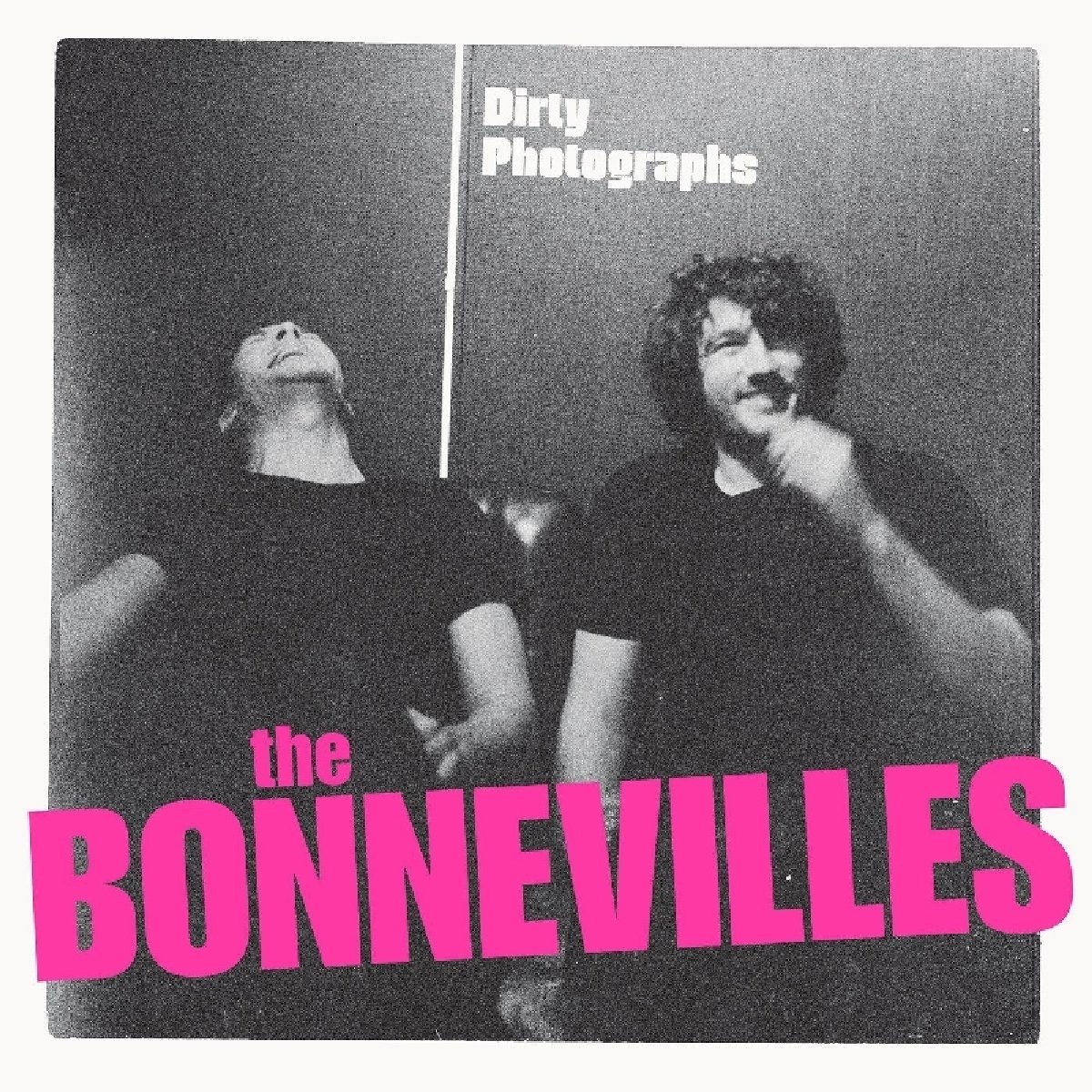 Fire Note Says: Northern Irish guitar/drum duo, The Bonnesvilles stay true to their “garage punk blues” ethos on Dirty Photographs, with modest accents as a sign of growth.
Album Review: The Bonnevilles, the guitar/drum duo of Andre McGibbon, Jr., and Chris McMullan of Northern Ireland, have made a career out of their commitment to “garage punk blues.” But with just two players, they approach the with a minimalist’s conviction that less is more, and then play with enough aggression, energy and bring enough variation to the tasks at hand that they can keep it fresh and real.
After releasing two albums in Europe, the duo signed to Alive and their American debut was 2016’s “Arrow Pierce My Heart” (Reviewed HERE). Dirty Photographs finds the duo back in the garage doing what they love best, but with a few embellishments, and a bit more flash in McGibbon’s guitar soloing as signs of growth. Lyrically, this is pub rock in the blues tradition, with familiar phrases like “Don’t Curse the Darkness (Light a Candle)” hung on bold guitar hooks, while McMullan fills out the sound by bashing a solid beat on his drum kit. Think early White Stripes without Jack White’s finesse and passion for variety.
“We are the Good Bastards,” McGibbon howls, over the low-fi din of his own amped-up guitars and McMullan’s rockem sockem drum beat. “Fever of the Zealot” slows down the blues and leans in the direction of edgier Led Zeppelin, while the one acoustic number, “The Rebels Shrug” gets closer to Plant and Page on the third LZ album, with a very tasteful cello adding musicality to their effort. But most of Dirty Photographs, is loud, noisy bluesy music played fast and furious, with that natural garage reverb in good measure.
Key Tracks: “The Good Bastards” / “Don’t Curse the Darkness” / “Long Runs the Fox”
Artists With Similar Fire: Black Keys / Black Rebel Motorcycle Company / Black Diamond Heavies
The Bonnevilles Website
The Bonnevilles Facebook
Alive Records
– Reviewed by Brian Q. Newcomb