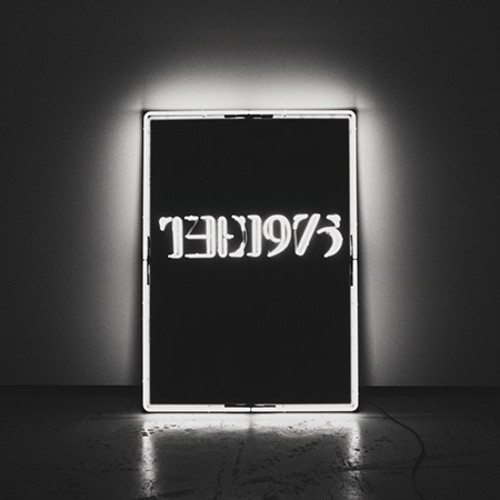 Fire Note Says: The 1975’s debut is promising but its identity is hazy.
Album Review: The 1975 are an English band consisting of Matthew Healy (vocals, guitar), Adam Hann (guitar), George Daniel (drums), and Ross MacDonald (bass). Healy (not related to Fran Healy of Travis) and company have had quite the tumultuous history given that the band is just putting out its debut now: they’ve had four name changes and four released EPs up to this point in time. That detail is important when listening to The 1975 as a whole because it sounds like a collection of disparate parts, not a unified whole. There are 16 tracks (!) on this LP and it doesn’t hum along as you would wish. Notwithstanding this lack of clear identity there’s a lot to like on this album.
The 1975 opens with a one-minute dreamy song entitled “The 1975.” Guys, the band’s name is The 1975 if you haven’t picked up on this yet. Considered alone the track isn’t very remarkable, but the contrast with the following track “The City” is gold, Jerry. Shifting from ethereal to pounding, “The City” is my favorite track on the album but sounds much better when it blends into the preceding track. This is a neat trick that promises attention to how the album flows but there’s no other moments that hold up the splendor of that bridge. “The City” is a propulsive pop/rock that will make you want to move. If you are already moving, you’ll want to dance.

“Chocolate” and “Sex” are two of the other standouts on The 1975. They’re both great tunes but sounded a lot like other bands. I reviewed Little Comets’ debut earlier this year and “Chocolate” sounds like it fits right on that album. It has a poppy groove to it with smooth vocal stylings. Healy has a great voice and seems to be able to play up his English accent, as on this track, or stifle it, as on “Sex.” That latter track reminded me so much of Jimmy Eat World that I wanted to bust out “A Praise Chorus.” “Sex” doesn’t reveal any deep truths in the lyrics department but does have an admirable tongue-in-cheek humor (humour?) to it.
The styles of the last two tracks mentioned plays out throughout The 1975’s self-titled debut. Sometimes I think I’m listening to a jam band and at others a straightforward anthemic rock group. It makes for a confused experience – more discipline and focus would’ve worked better for me. There’s no denying that The 1975 can make a great song or even a great sequence; the one-two punch that starts the album will stick with me for a while. Now that they have their debut out of the way and a name settled upon, I wouldn’t be surprised if The 1975’s next effort is spectacular.
Key Tracks: “The City,” “Chocolate,” “Sex”
Artists With Similar Fire: Jimmy Eat World / Little Comets / Big Pink