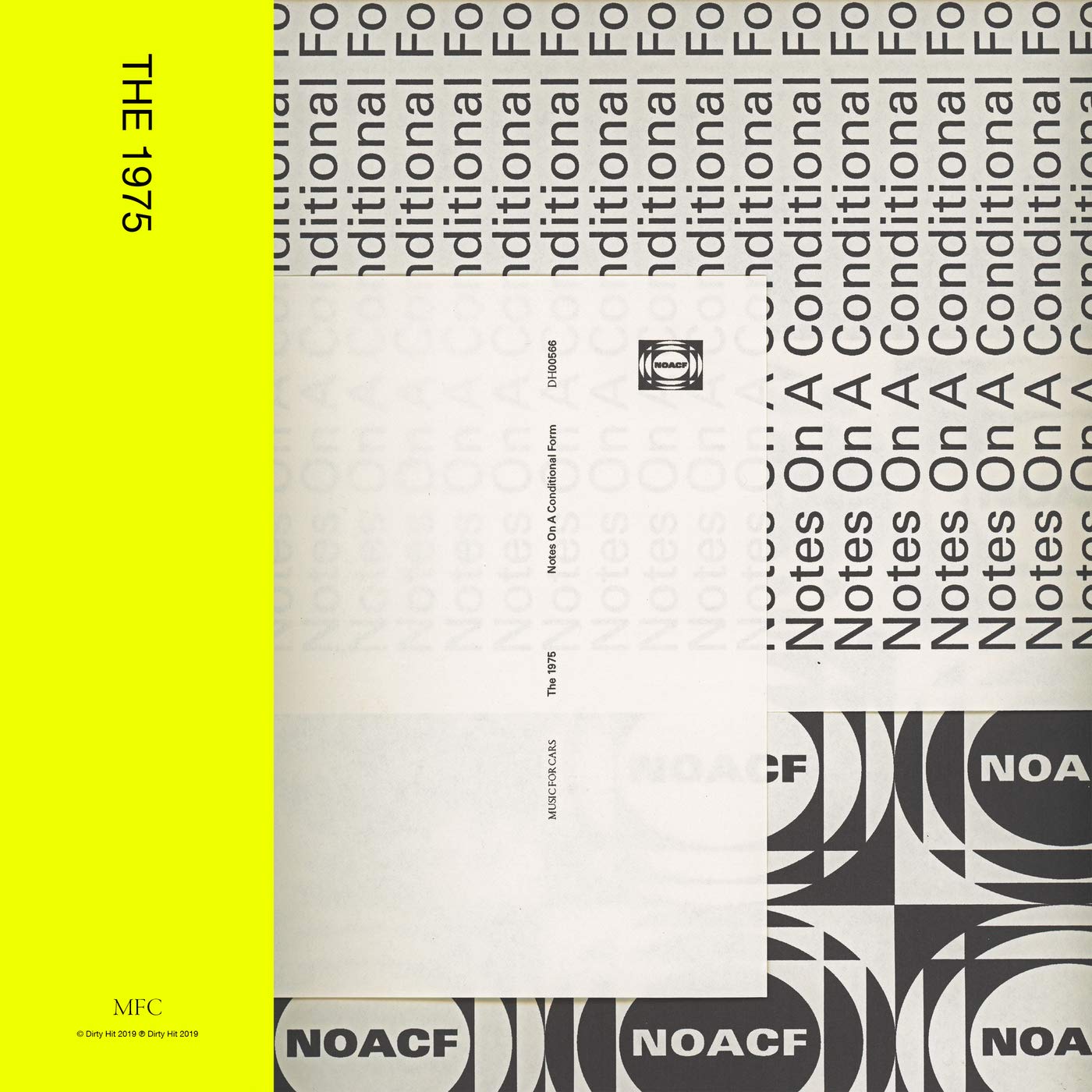 By now, there are some constants that we can assert about The 1975. They like to dream big, and they love a wide concept with lots of room for experimentation. They come up with cool, often long album titles. Oh, and musically, well, they are all over the map. None of this is news, we heard it in 2016 on I Like It When You Sleep…, and if anything it grew wider, stranger in 2018 on A Brief Inquiry Into Online Relationships. All the press around that last one suggested that a second album closely tied to it would follow in 2019, completing an era designated by The 1975 as Music for Cars, but touring took the band out longer, and one thing led to another, and two years have passed.

Notes on a Conditional Form, true to form is a big, beautiful mess. While the major themes on “A Brief Inquiry…” were focused around singer Matty Healy’s newfound sobriety after rehab for drug addiction, some signs of political awareness in references to the Black Lives Matter movement, and of course the odd online relationship. Similarly on “Notes…” The 1975 define a timely political concern right off the bat, with a five minute opening track from teenage environmental activist Greta Thunberg declaring her simple message that “there are no gray areas when it comes to survival… so I ask you to please wake up and make the changes required possible.” Which leads into “People,” the closest this band has gotten to sounding like the Sex Pistols’ “Anarchy In the UK,” both musically and lyrically.

And then, as if to ask are you schizophrenic much, we get the first of numerous musical interludes, a brief heavily orchestrated instrumental, “The End (Music for Cars).” “Frail State of Mind” is a better descriptor for what follows, skewing to The 1975’s strongest pop song inclinations, in fact the melody here will feel more than a little familiar as it reworks the familiar vocal hook of their previous single, “TOOTIMETOOTIMETOOTIME.” There’s another bit of instrumental filler, we get a lot of that this time around, and then a bright moment of pop song light in “The Birthday Party,” which describes how the singer has changed in relation to the party life that surrounds the world of a rock band, only to sum up at the end that “I depend on my friends/to stay clean, as sad as it seems.” Ah the life of a recovering addict.

And so it goes, a high tech electronic stutter-beat track where they take the vocoder out for a run, “Yeah, I Know,” they rediscover the guitars for a 90’s glam pop sound on “Then Because She Goes,” but that autotune thing can feel tiresome. “Jesus Christ 2005 God Bless America” is an acoustic guitar folk song, with a faint horn track that feels too familiar, borrowed perhaps from Paul Simon, but Healy shares the lead vocal with American indie rocker Phoebe Bridgers, who also sings harmonies here and on a few other tracks. The next two are guitar tunes, again, but both sound familiar, like Healy and Co. are doing their own version of a song that they just heard on a pop radio station, put their own lyrics on it and call it their own. They’re bright, fun pop, but hardly original sounding, but you look up and realize you’re only on track 11… half way through the album.

And the rest of the disc, feels like a lot more of the same, studio experiments and instrumental filler, the occasional bright pop song moments (“Tonight [I Wish I Was Your Boy],” which features an intro by FKA Twigs, and “If You’re Too Shy [Let Me Know],” and some fun dancefloor tracks, including a bit of Jamaican dub-step featuring vocal by Cutty Ranks, on “Shiny Collarbone,” and “What Should I Say.” But for all the sprawling instrumental weirdness, the emotional heart of the album is revealed at the very end. “Don’t Worry” is a song written by Matty Healy’s father Tim Healy, when he was still a toddler, that the two sing together in harmony, and his Dad takes a single verse. It’s a gentle piano ballad that has a lovely sentiment. And the disc closes with “Guys,” Healy’s own shout out to the friends since high school who make up his band, as opposed to their earlier song “Girls,” about the motivation behind guys forming bands to begin with. These friendships he sings, “was the best thing that ever happened to me.”

There’s a playful, devil may care, let’s do something that sounds like… whatever quality that The 1975 bring to their long, tune-full albums that feels worthy of celebration. I can imagine lots of folk though, deleting a lot of the extraneous instrumental things, which were likely more fun to play around with in the studio than they’re likely to be 20 listens in. These guys benefit from being all over the musical map, and it’s fun that they don’t adhere to genre boundaries, but they have yet to put out a work that feels uniquely their own from start to finish, a musical direction that touches on something that only The 1975 can be and do. But like the previous albums, there’s plenty here to enjoy, and it raises the expectation that one day their instincts might gain focus and a purpose larger than being the soundtrack for the next dance party, and they’ll deliver something truly great. I look forward to that day.

Artists With Similar Fire: Panic! At the Disc / Maroon 5 / BØRNS