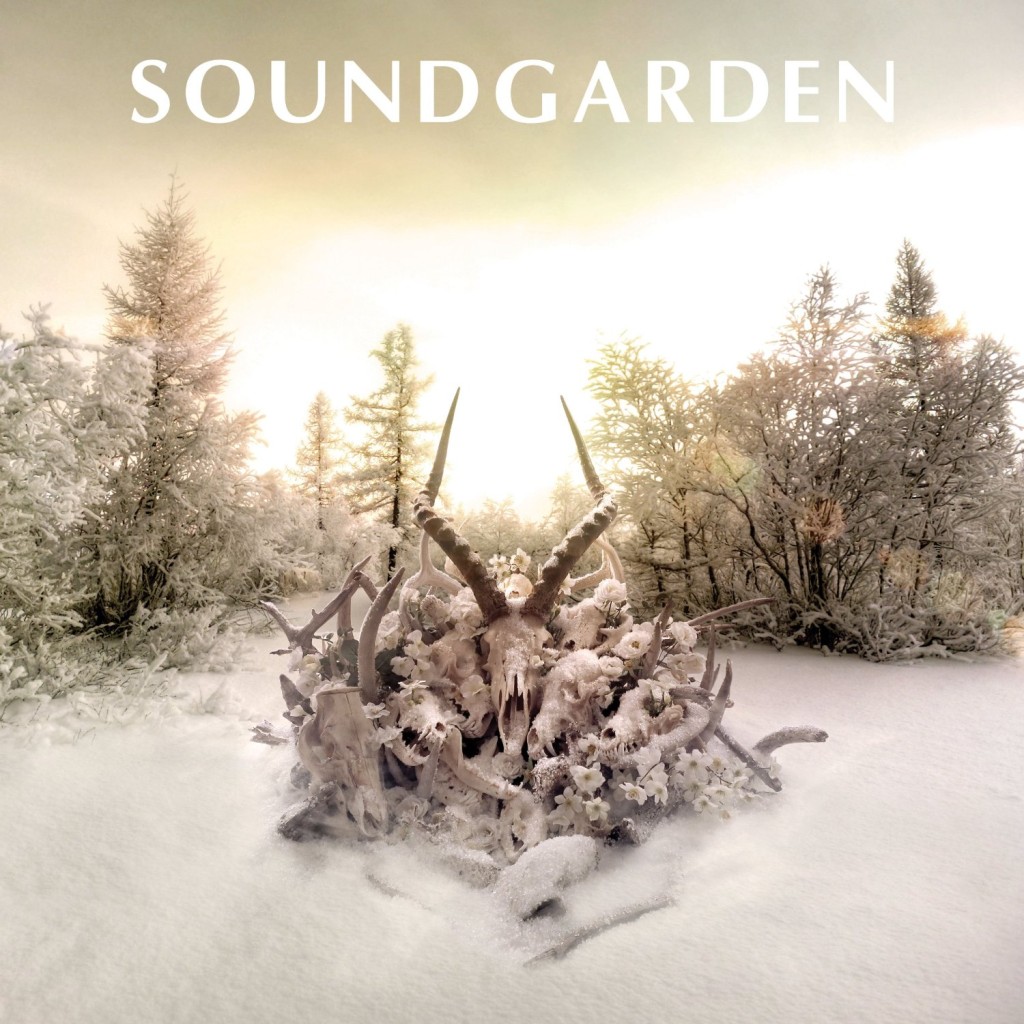 Fire Note Says: Soundgarden return after 16 years with a fan satisfying album.
Album Review: We have already seen plenty of classic groups come back together in 2012 and now Soundgarden add to the list after a 16 year absence since a studio record. As one of the kings of grunge I don’t think anyone knew what to expect from King Animal. Most asked – would it be more like the harder edged Badmotorfinger [1991] or like the mega-selling Superunknown [1994] or even possibly similar to Audioslave?
Well, I think King Animal is probably somewhere between their last record Down On The Upside [1996] and Cornell’s Audioslave material but still offers glimmers of the earlier Soundgarden that everyone really wants to hear. The first single “Been Away Too Long” kicks the record off with a familiar formula but rides the edge of being too lyrically cute for its own good but then the more riff heavy “Non-State Actor” takes your mind immediately off the track and hits the right memory nerve because this is the edgy grunge you put on your best flannel for. The twisting and soaring mid romper “A Thousand Days Before” also will hold your interest as the track seems like what Soundgarden should sound like today as it has the perfect classic rock/grunge/2012 blend.
Like many of these classic acts that have returned this year I don’t think it is fair to them or their music or their fans to totally dwell in the past. Sure I want the hunger that was on Soundgarden’s earlier records to rise up on King Animal but the reality is that probably was not going to happen – and it didn’t. Now don’t despair because there are plenty of songs that still show that there is still some fire left in the well as “Bones Of Birds” has that “Black Hole Sun” vibe going on with a fresh outlook while “By Crooked Steps” possesses a very familiar tight rumbling rhythm. All of these components leave a huge Soundgarden imprint on King Animal – as it should. There is no mistaking this record for anyone else and that is a good thing. Hopefully the band keeps things rolling because now that the newness factor is over I really want to hear what they can rev up next!
Key Tracks: “Non-State Actor” / “Bones Of Birds” / “A Thousand Days Before”
Artists With Similar Fire: Queens Of The Stone Age / Led Zeppelin / The Smashing Pumpkins
Soundgarden Website
Soundgarden Facebook
Universal Music Group
– Reviewed by Christopher Anthony