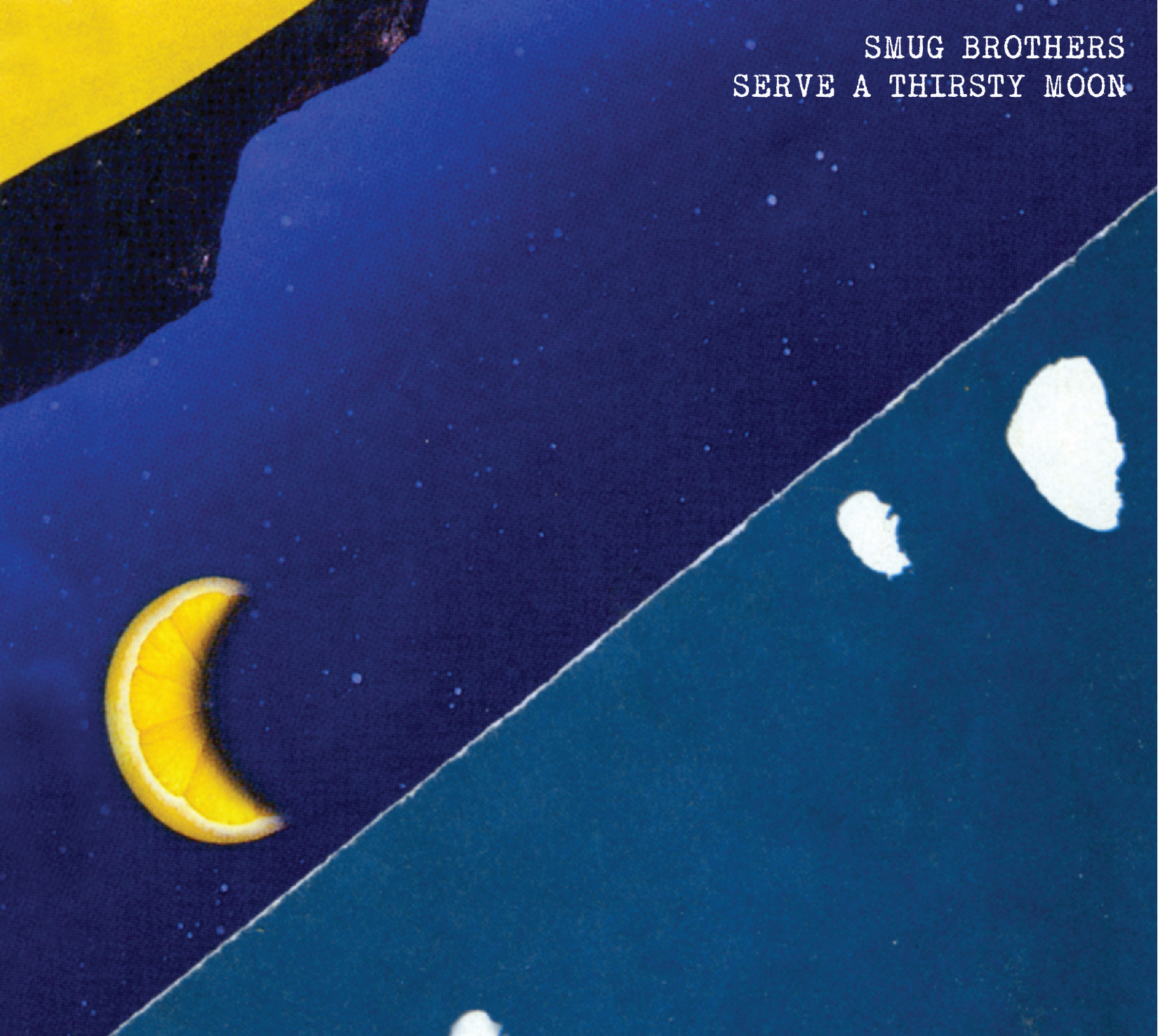 TFN Album Review: Serve A Thirsty Moon completes a trifecta for Dayton’s Smug Brothers as the LP represents the groups third release this year following February’s Attic Harvest and July’s All Blur And Spark. The bands creative surge is the result of adding members to the fold and with Serve A Thirsty Moon the group has become an official four piece. This addition has expanded Smug Brothers depth as this newest release could also be one of their most cohesive.
What I liked on Serve A Thirsty Moon is how Smug Brothers utilize their veteran experience as each track feels and sounds natural. Lead off song, “Inside The Honeycomb” is a great example of this as the track begins with a big anthem drum beat before the fuzzy guitars come into play followed by singer Kyle Melton’s slightly off note vocals. The song does not rush and establishes its foot tapping rhythm as it sets the expectation for the rest of album.
Letting your songs evolve when most of them come in under the 2-minute mark is a talent and Smug Brothers have perfected it. The early ballad on the album, “As Close As You Can Get,” is a highlight and will bring your focus into its intricacies at a small run time of 1:10 that then hands you off into the muscular riff on “My Future In Bones” which pumps you right back up out of your chair. This back n forth 4-track sound is the appeal of the Smug Brothers on many of the songs here but they also have a unique post-punk flare on tracks like “Sum The Stranger Fires” and “Born On Kentucky Avenue” while “Every One Is Really Five” and “Antenna Chariot Quarterfinals” come at you with a catchy straightforward indie rock.
Overall, 2019 has been a great year for Smug Brothers and Serve A Thirsty Moon is a perfect ending. It can easily be an entry point for any new interested listeners and is a must for their fanbase. In the sea of music out there it is always great to discover an honest hard-working indie band that makes solid records without any gimmicks – that sums up the Smug Brothers!
Smug Brothers Review History: All Blur And Spark (2019); Attic Harvest (2019); Disco Maroon (2017); Echo Complex Split EP (2016); Woodpecker Paradise (2015); On The Way To The Punchline (2014)
Smug Brothers Website
Smug Brothers Facebook
Gas Daddy Go! Records
– Reviewed by Christopher Anthony