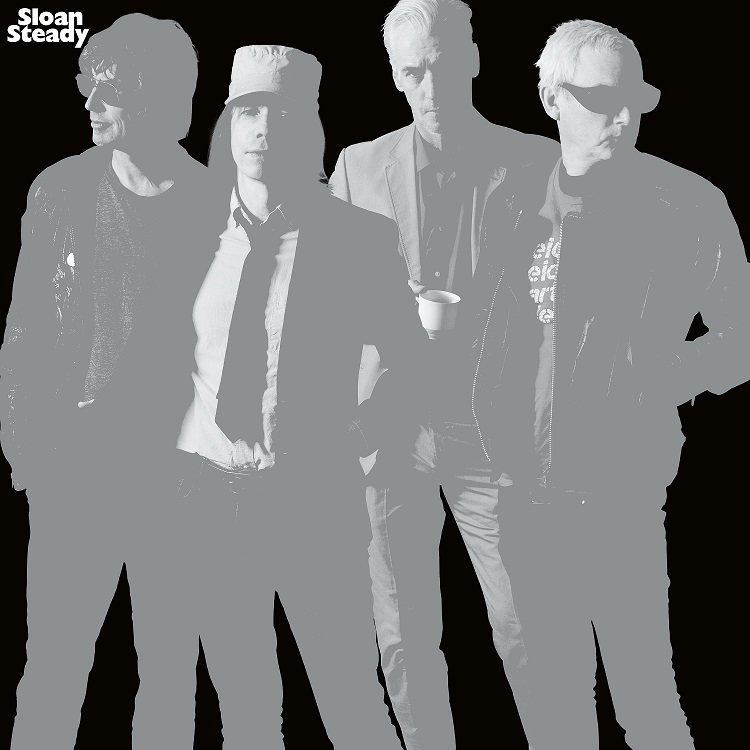 Steady represents Sloan’s 13th full length album, and its release today coincides with the 30th anniversary of their debut record Smeared which came out in October 1992. Sloan are one of the rare bands to make it to their 13th album with all four original members which leads to their consistent sound that is 100% Canadian power pop. The band has their formula down to a science as all members equally contribute to songwriting and singing lead. The album title of course makes sense and is a true reflection of their 30-year achievement.

For fans that have been around since the Smeared days, Steady will check all the boxes you expect from a Sloan album. You will hear the Beatle like harmonies, the Cheap Trick guitar runs and a bit of Squeeze’s knack for creating lighthearted pop songs. The opening foot tapping rhythm on “Magical Thinking” is all you need to hear as the first verse immediately puts you in a Sloan mood with “If it feels right, Accept unblinking, Make it real life, Magical thinking” complete with the harmonizing “bop badop bop bop bada da.” The piano and layered vocals in “Human Nature” is an instant Beatles strike while “Scratch The Surface” brings a muscular guitar riff that shows Sloan has no intention of ever settling down from their early indie rock days.

Steady is a nod to Sloan’s own legacy as it represents another solid outing in their catalog. The record may not bring a bunch of new fans to their standard Canadian power pop but for long term followers Steady holds a nice replay value. What has kept Sloan moving forward is their solid bond as a band and you can hear it in their music which ultimately is what gives Steady a memorable and timeless finish.