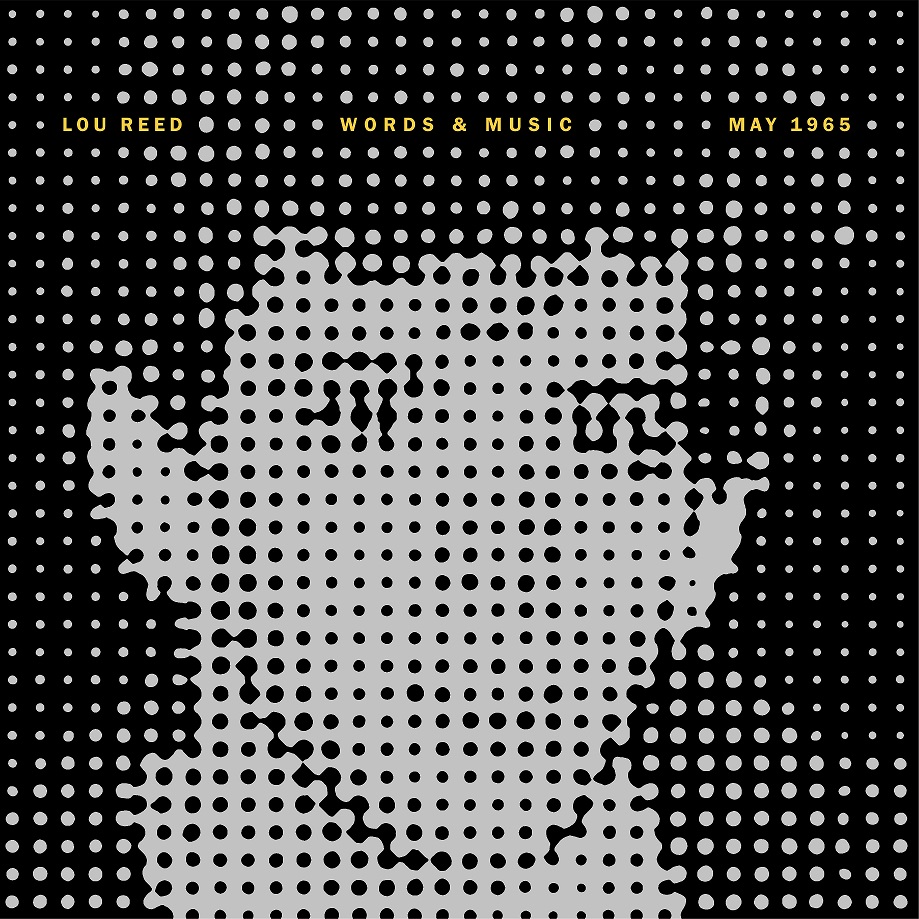 The standard rock critic cliché often attributed to Brian Eno—he of early Roxy Music fame who went on to collaborate/produce albums with Robert Fripp, David Bowie, and U2 among many others, and a respected creator of experimental/ambient music—states that “The first Velvet Underground album only sold 10,000 copies, but everyone who bought it formed a band.”

While many have come to recognize that Lou Reed and the Velvet Underground were a profound inspiration to numerous punk, alternative and rock bands, it’s often forgotten just how far ahead of the times they were. The band’s debut, The Velvet Underground & Nico with its notorious Andy Warhol banana cover art, was released in 1967, the same year The Beatles released Magical Mystery Tour and Bob Dylan released John Wesley Harding, with the original version of “All Along the Watchtower.” That’s a full decade before The Ramones and Talking Heads were releasing their debuts, drawing attention to the punk and new wave musical revolution coming out of a dingy club in lower Manhattan’s East Village, CBGB’s.

Lou Reed had left Velvet Underground in 1970 before their last album with his songs on it, Loaded, was released, the same year that The Beatles broke up. In 1972, Reed had his biggest commercial hit with “Walk on the Wild Side,” from the album Transformer, which was produced by Bowie. Reed’s album work, while often winning praise from music critics, failed to translate into commercial radio airplay and record sales although he had a renaissance of sorts with his 1989 album, New York, and reunited with VU mate John Cale, who played bass, viola and keyboards for the 1990 album, Songs for Drella, a tribute to their early benefactor Warhol. Even over the years of his active career, the shadow of Reed’s influence was far greater than his commercial impact, with U2 covering “Satellite of Love,” on their “Zoo TV” tour, and his artistic influence inspiring many others. On the day of his death in 2013 Pearl Jam dedicated “Man of the Hour” to Reed before playing his song “I’m Waiting for the Man,” while The Killers covered “Pale Blue Eyes,” and Arctic Monkeys performed “Walk on the Wild Side.” At his funeral, his wife and artist Laurie Anderson spoke, as well as Bowie, David Byrne, Patti Smith, and many others.

While the 1995 release of a Velvet Underground box set, Peel Slowly and See, taking its title from the original instructions printed on the vinyl “banana” album jackets created by Warhol, featured a number of early demos, alongside previously unreleased material and live concert recordings, until very recently no one knew that the early demos shared here on Words & Music, May 1965 even existed. As described in the album’s liner notes—a lovely essay titled “Folk Songs in the Sister Ray Office” by rock critic Greil Marcus, and extensive archival notes by Don Fleming and Jason Stern—these songs were likely recorded on a 5-inch reel on a portable reel-to-reel recorder, then packaged, notarized, and mailed by Reed to himself to serve as a “poor man’s copyright,” and as such were found unopened on a shelf behind Reed’s desk in his office at his company, Sister Ray Enterprises, Inc. The tape was discovered as the contents of Reed’s office, including many recordings and writings, were being cataloged and transferred to the New York Public Library for the Performing Arts. Thus these earliest known recordings of these songs, early examples of Reed’s songwriting demos were finally heard by someone other than Reed after 52 years.

Growing up on Long Island, Reed had written and recorded with doo-wop groups in high school, before going off the Syracuse University and then making his way to New York City as a staff songwriter for Pickwick Records, a retail company that recorded and sold discount music, imitative of what was getting the most popular airplay. There Reed developed his skills as a songwriter delivering songs that imitated successful chart-toppers from folk and pop to Beach Boys’ styled surf songs. We hear Reed experimenting on the ten tracks recorded for copyrighting purposes here, stripped back to essentials with Reed on acoustic guitar, singing, and adding an occasional harmonica solo, not far from Dylan’s folk-styled songs. He’s joined by John Cale who he’d met early in ’65, adding harmony vocals for the most part, the duo no doubt unaware that a mere two years later they’d be releasing their debut album as The Velvet Underground.

Of course, of immediate interest here are the songs that will show up later on the full band recordings with The Velvet Underground, like the acoustic folk version of “I’m Waiting for the Man.” Besides the fully realized instrumentalization that the band brings to the song, you notice the small changes that show up in the lyrics on the more familiar version, plus how different it feels performed on acoustic guitar with a harmonica solo. The musical difference is all the more noteworthy on “Heroin,” which develops into a seven-minute arty noise-fest in the full band version, often a loud, climactic part of the VU live show, while delivered so quietly here. One lyric change that stands out is that on this early demo Reed sings “I know just where I’m going,” while that line was changed to “I don’t know just where I’m going” on the album. But the song’s basic rhythm, especially the lines that speed up, and most of the lyrics remain the same, on this two chord folky rocker, no doubt the context for the famous half-serious comment from Reed that “one chord is fine. Two chords is pushing it. Three chords and you’re into jazz.”

“Men of Good Fortune” is especially curious, in that Reed recorded a song with that title on his 1973 solo album, Berlin, but apart from their titles the two songs have nothing else in common, neither music nor lyrics. The song her on Words & Music finds Reed writing in the form of traditional British folk ballads, that had been influential in NYC coffeehouses frequented by Dylan, Joan Baez, inspiring the likes of Paul Simon and Richard Thompson of Fairport Convention. “Too Late” is a completely unknown Reed original, written with a bit of the doo-wop vocal influence of his high school years, Reed and Cale singing in harmony like an imitation of the Everly Brothers, with a bluesy instrumental bridge where Reed whistles a melody lead.

“Buttercup Song,” another unknown Reed song, is written with a bit of a comical country song feel, the one lyrical bit of advice to “never get emotionally involved” sounds like Reed at is more ironic, sung here with a comical rendering. Similarly, “Walk Alone” is a call and response sing-along that finds Reed joking half way through, although claiming “I’m very serious.” Perhaps they realized even in the performance that this one wasn’t going to pass the test of time. On “Buzz Buzz Buzz,” Reed forsakes the folky guitar feel for more of an early Chuck Berry style rock & roll sound, with a blues rock lyric.

“Pale Blue Eyes” stands out because Reed will record another version of this song on Velvet Underground’s third self-titled studio album, after Cale had left the band. The music and melody are very similar, a slow moody ballad, and while the first verse remains the same by the time of they recorded the 1969 version, Reed had re-written all the other verses. This is one of Reed’s more tender and memorable songs, the early version no less impactful, if less polished and refined.

“Stockpile” sounds like the kind of song Reed would pump out on demand for his Pickwick employers, a fun 3-chord, 12-bar blues number without much of a personal nature in the lyrics. On “Wrap Your Troubles In Dreams,” we get to see some of the more daring, avant garde influence that Cale brought in Velvet Underground. It’s a Reed dirge-like composition quietly playing guitar, but it’s sung by Cale and punctuated by a loud, steady clapping percussive sound. A different version of this, also sung by Cale surfaced in the Peel Slowly and See box, another demo recorded a couple months later. Nico would record her own version on her 1967 solo album, Chelsea Girl. Those were the ten tracks, recorded and saved as demos, sealed and packaged in case Reed would ever have to prove he owned the copyright on these compositions.

On the other side of the tape, and included on the album is another recording of “I’m Waiting for the Man,” which is pretty similar to the one at the beginning of the album, although that one likely recorded with a capo on the first fret taking the song’s key up from and E to an F. The album includes a few other Reed rarities: Reed playing a brief instrumental version of Dylan’s “Baby, Let Me Follow You Down,” fingerpicking the guitar, and adding harmonica on top; a brief take on the gospel song, “Michael, Row Your Boat Ashore,” Reed singing gently over his finger-picked guitar; Reed playing and sing Dylan’s “Don’t Think Twice, It’s All Right; and finally Reed digging into another 12-bar blues original, “W & X, Y, Z Blues,” all timing in at under two minutes.

While these recordings will be of real interest to hardcore fans of Reed and Velvet Underground, these demo quality recordings will do little to win over those new to Reed’s catalog. Interested listeners would be better served with that Peel Slowly and See box or the four individual Velvet Underground releases while Reed was present, while Lou Reed’s solo Definitive Collection, a best of compiled in 1999 is a very good introduction, and for those who want to go deeper I’d recommend Transformer” (’72), Berlin (’73), and New York (’89).