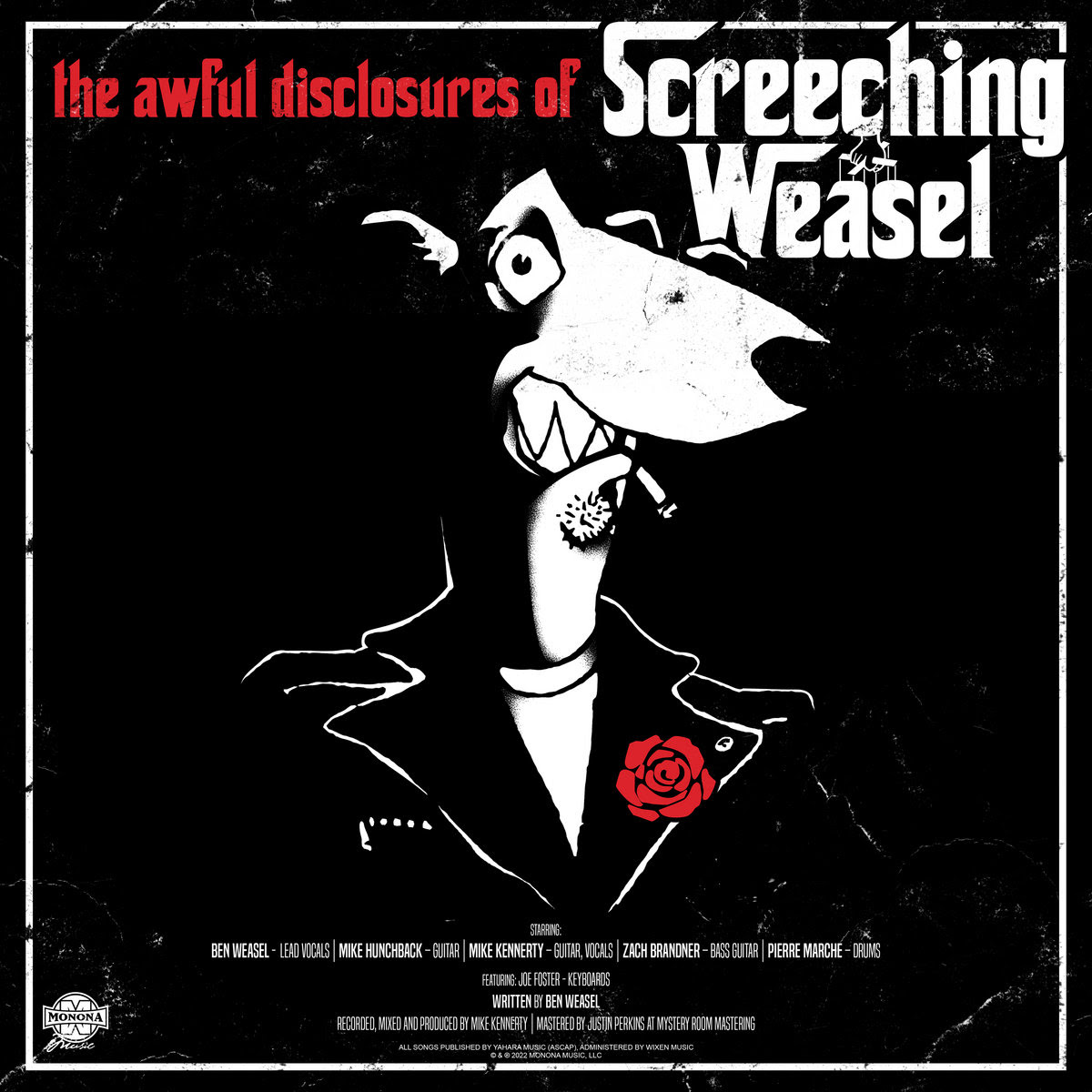 Screeching Weasel recorded their debut album in one night for $200 and released it on Chicago label Underdog Records back in 1987. They have never looked back and have influenced countless punk bands that includes more mainstream acts like Green Day, Blink-182, New Found Glory, Alkaline Trio and Less Than Jake. The group has released records on every punk label that has ever counted for anything like Asian Man Records, Lookout! Records and Fat Wreck Chords to just name a few and honestly, if you don’t have a copy of Boogadaboogadaboogada! (1988) and My Brain Hurts (1991) in your punk library you should rectify that right now and come back. With such a long tenure on the punk scene the members have rotated as there has been about 26 of them plus or minus with one mainstay in vocalist Ben Weasel.

Now with Screeching Weasel’s fourteenth studio album, The Awful Disclosures Of Screeching Weasel, the band is back in full punk strength. You can hear it right from the opening track, as the kick in the face of “Six Ways To Sunday” has plenty of fast paced guitar and Weasel’s signature pumped snotty vocals. It is the same “raise a fist in the air” sound the band has been playing for 35 years. The new record is filled with themes of death, the apocalypse and madness which are subject matter that are only penned with experience but when paired with consistent melodies and charged hooks, all the tracks turn into a timeless sounding Screeching Weasel.

With all of the staple elements here of a solid punk rock record, there are a few moments that bring The Awful Disclosures… forward like several keyboard accompaniments provided by Weasel’s 10 year old son. One of these tracks is “Just Another Fool,” that turns out to be an album highlight. The keyboards perfectly rail in the middle of the track and give the song a memorable modern flare. Throughout the record, the 5 piece play extremely tight chords as Weasel’s vocals charge forward with an expected angst and vigor. It is great to hear, especially on full court press punk rockers like “Dead Again” that have rapid fire lyrics, call outs and easy harmonies to sing along with.

Screeching Weasel showcase why they have been named such an influential act as The Awful Disclosures Of Screeching Weasel is a gold standard for what a punk rock record should sound like. Ben Weasel gives 110% with his vocals and the band responds behind him in perfect synchrony. This album will easily be one of the best pop punk records you will hear this year!

Interpol: The Other Side Of Make-Believe [Album Review]