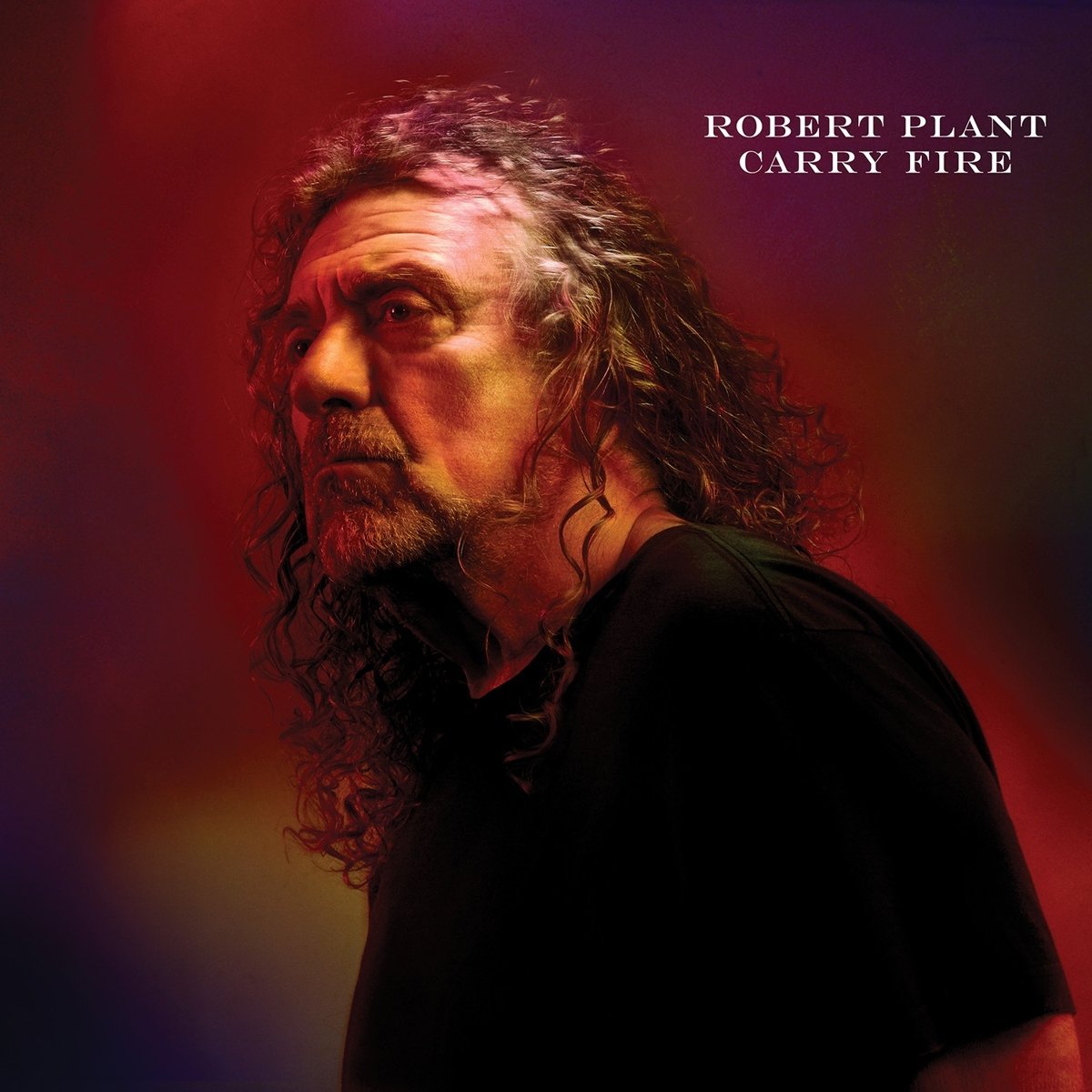 Fire Note Says: Carry Fire is Plant’s passion for life and love as expressed in music.
Album Review: At 69, Robert Plant has been on a musical journey of discovery for a long, long time, but it only became obvious once he stepped out of the shadow of the band he started in 1968 with guitarist Jimmy Page. It would not be too great a claim to suggest that Led Zeppelin (together perhaps with Black Sabbath which formed that same year) created the template for hard rock & blues influenced metal bands in every decade that has followed.
Plant had exhibited an appreciation for English folk songs and the American blues tradition from the early days of his career, including his collaboration with the band Strange Sensation on his albums Dreamland and Mighty ReArranger in ’02 and ’05 respectively. But his 2007 collaboration with Alison Krauss under the tutelage of T Bone Burnett which produced that year’s Grammy Album of the Year, Raising Sand, appeared to spawn a new creative phase for one of rock’s superstars and elder statesmen. His time recording with Krauss, with her roots in bluegrass and great albums recording with Union Station, opened Plant up to American country and roots music through the songs of Gene Clark, Doc Watson and Townes Van Zandt.
In the decade that has followed, Plant has sought to maintain that creative spark. Once he finished touring with Krauss, Burnett & Co., he sought out the beloved Nashville producer/songwriter/artist and back up man Buddy Miller, who had done a stint supporting Emmylou Harris. Together they put together Band of Joy, which included singer Patty Griffin and multi talented string player, Darrell Scott. His 2010 album of that name, allowed Plant to draw on Miller’s Americana credentials and appreciation of American roots music. Hell, he even covered the Blind Joe Taggart gospel/blues classic, “Satan, Your Kingdom Must Come Down.”
It’s hard to keep a band together with talents as in demand as Miller and Griffin, who had her own career to attend to, so since 2012, Plant has reconnected with some of his Strange Sensation band members along with a few additions, and thus the Sensational Space Shifters with whom he produced the 2014 release, lullaby and… The Ceaseless Roar. That one was an underappreciated gem, and title uniquely captures Plants musical inclinations, gentle acoustic ballads suitable for bedtime, and then those rousing, incredible rockers.
Carry Fire adds to the musical portrait Plant has been creating in these latter years, where one can almost sense that the singer has gathered his players around a gypsy campfire to jam, which is the exact sense I get from the opening track, “The May Queen.” Guitarists Liam Tyson and Justin Adams create a swirling feel with acoustics, joined by John Baggott on keyboards (Massive Attack), Billy Fuller on bass and drummer Dave Smith, but when Seth Lakeman shows up on fiddle the picture is complete. 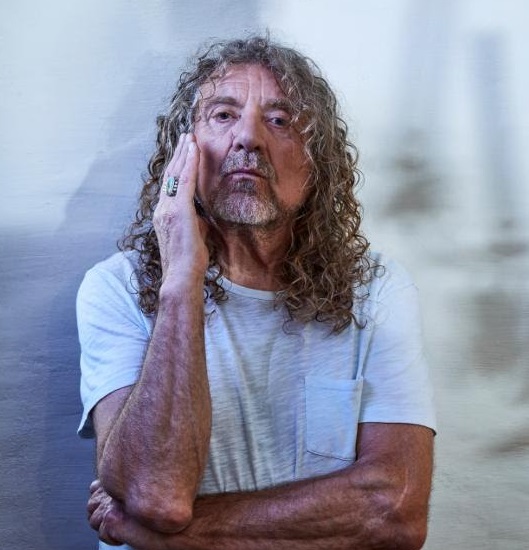 Of course with an artist like Robert Plant there are threads that run through his musical history to connect these current sounds. Led Zeppelin III had a decidedly acoustic bent, and the band even had hits with “The Battle of Evermore,” and “Over the Hills and Far Away,” with that long and lovely acoustic open. And on the new one, when you hear Plant singing about “crazy love” you’re likely to imagine an echo crying out about a “Whole Lotta Love,” especially if you lived through the 70’s or have spent any time listening to classic rock radio. And when Plant finally unleashes that full-throated scream near the end of “Bluebirds Over the Mountain” you will recall the countless times you’ve screamed along while celebrating the Led Zep legacy.
Now, “Bluebirds” is Carry Fire’s one cover, written by Ersel Hickey in 1958, and sung here in duet with The Pretender’s Chrissie Hynde. In the album’s title track you hear the Eastern influences of the Arabic world, recalling the inspiration of the Zep classic “Kashmir.” Here the world music beat, the acoustic guitar mixed with layered keys, cello and later viola, which suggest the larger world that Plant seeks to inhabit, treasuring the musical traditions that may have been ignored for too long while producing something that transcends old world categories with an energy that is relevant and timely. You hear these themes again and again on this fine album, but rockers need not fear, he can still “carry fire,” as he does in “Bones of Saints” and “Keep It Hid,” where there’s some satisfying electric guitar playing to match his vocal intensity.
Thematically, it’s worth pointing out that Plant, who tends to write about timeless human emotions and desires, touches on a couple of poignant political concerns as well. “New World” challenges the colonial mentality that reflects in modern attitudes toward immigrants and native peoples, or the “noble savages” we encounter as we extricate them from the bloody soil for land and profit. Similarly, “Carving Up The World Again A Wall and Not a Fence” takes on American policy conversations about globalization and immigration. What’s old is new again, when you’re motivated by fear and hate of the other.
But the general feel one picks up from Carry Fire is Plant’s passion for life and love as expressed in music as expressed most clearly in “Dance With You Tonight.” There’s an earthy, tribal beat that transcends culture, time and space, the music calls us into the rich textures of existence. Plant is the medicine man/healer who still believes there’s magic in moments when we come together, and Carry Fire is nothing if not an invitation to dig deep and touch life’s essence in the communal thrill of music.
Key Tracks: “The May Queen” / “Carry Fire” / “Seasons Song”
Artists With Similar Fire: Crosby, Stills & Nash / Rod Stewart/Faces / Dave Matthews Band
Robert Plant Website
Robert Plant Facebook
Nonesuch Records
– Reviewed by Brian Q. Newcomb