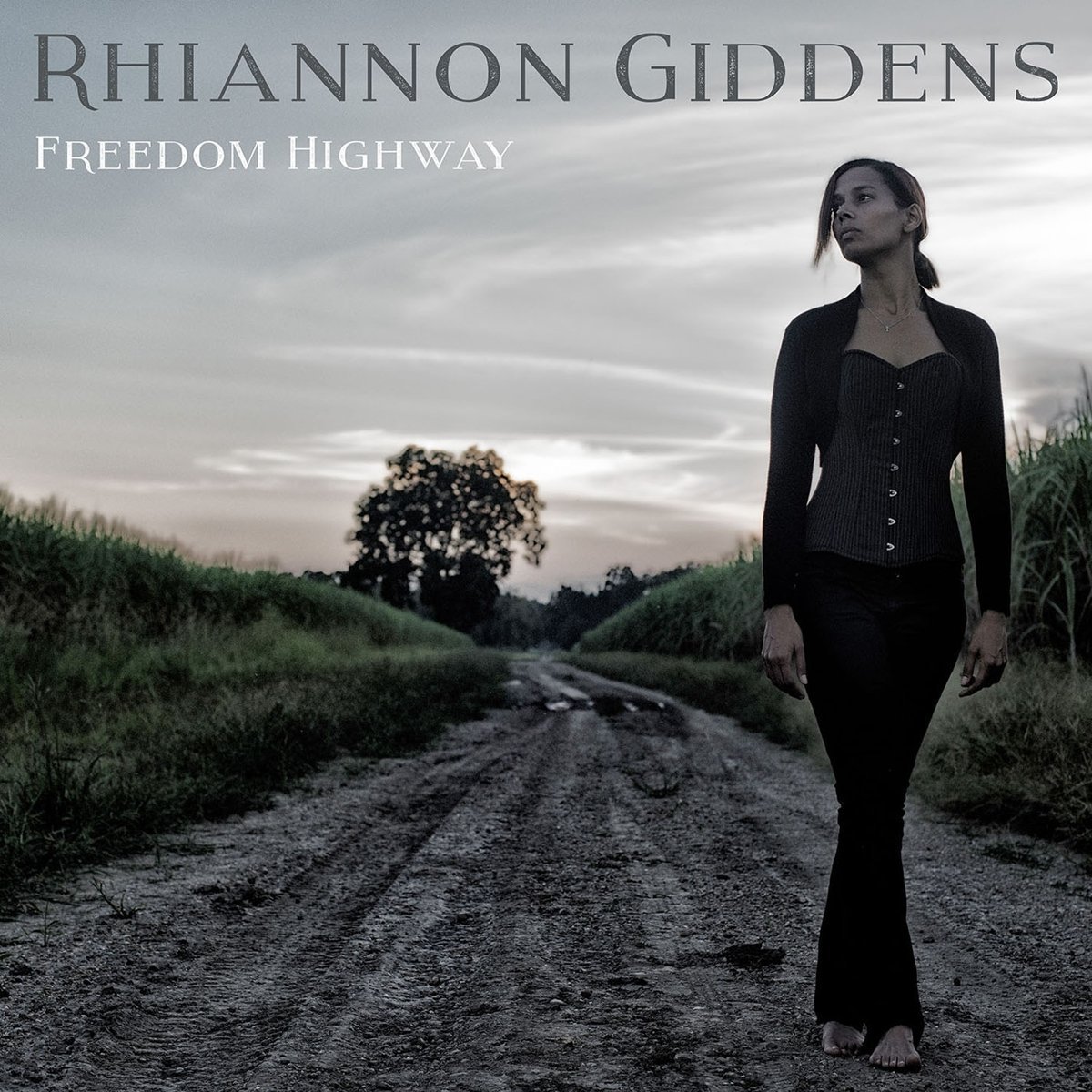 Fire Note Says: Freedom Highway is a monumental achievement from Rhiannon Giddens.
Album Review: One of the most powerful things that art can do is hold up a mirror to popular culture and society at large to reveal the ugly underbelly, the dark history that would otherwise be ignored. With her second album for Nonesuch Records, Rhiannon Giddens, she the soulful voice of the world’s best-known jug band, the Carolina Chocolate Drops, turns her artful songs to reflect on the great unspoken sin of American history, the devastation unleashed by nearly four hundred years of the slave trade in No. America, the young nation’s principal source of wealth and trade.
It is to Giddens credit and her art’s great strength that she doesn’t quote statistics or rant about the immorality of one human being owning another, but as a songwriter she places herself inside of the women whose stories she tells in her songs. Like Beyonce’s Lemonade, Giddens gives these women’s stories a voice, and honors their lives and struggles, allowing the listener to sort out the social and political implications of this nearly hidden reality of our nation’s history.
Last year it was announced that Giddens and her Carolina Chocolate Drops bandmates would be inducted into the North Carolina Music Hall of Fame. And some might remember that she was the one female on The New Basement Tapes project in 2014, when producer T Bone Burnett brought together songwriters like Elvis Costello, Marcus Mumford and Jim James (My Morning Jacket), to create new songs from old lyrics by Bob Dylan that had been discovered from his productive period of recording with The Band in the late 60’s.
In the opening track, “At the Purchaser’s Option,” the protagonist is a slave girl who has been taken by her owner as a lover, and now has to decide how she feels about her baby from that union, and whether she will keep it. “You can take by body, you can take my bones, you can take by blood, but not my soul,” she sings in quiet defiance.
In “Julie,” she sings of a woman who’s here female owner’s companion who is asking her not to run away as the Union soldiers are coming to free her. The mistress claims to love her and asks for her devotion even though the trunk of gold beside her came from the sale of the slave woman’s children. In the end, Giddens sings as Julie, “Mistress, oh mistress, I wish you well, but leaving her is leaving hell.” 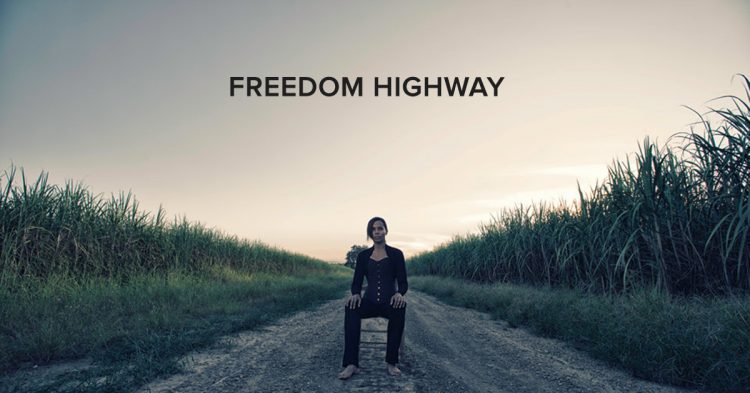 Musically, Giddens brings a wide knowledge of traditional African American music styles to the project, with a clear reverence and solemnity that matches her choice of subject matter. In “Birmingham Sunday” she takes us to church, while recounting the story of the 1963 church bombing that killed four young 14-year-old girls, each one named by Giddens as she affirms that “the choir kept singing of freedom.”
On “Better Get It Right the First Time,” Giddens tells a modern tale about young black men who are killed by police, and brings the full female vocal group treatment, with harmony vocals a la Destiny’s Child, brass, R&B guitar playing and a rap from Justin Harrington to show she’s not only about historic music styles.
For “Hey Bebe” she brings a New Orleans bluesy trumpet to a celebration of love and devotion. That muted horn returns on “Love We Almost Had,” which flirts with ragtime and early jazz forms. “Come Love Come” is a blues which finds Giddens, a celebrated instrumentalist, on her banjo, and singing an earthy song of loving commitment and escape from a life as a slave in the South and the hope for reunion in the north.
Last year, Giddens was the first woman and the first person of color to win the prestigious Steve Martin Prize for Excellence in Banjo and Bluegrass, but she never showboats on her instrument. She uses it to provide elegant settings that fit her songs, like the mother’s worried song of love to her son, “Baby Boy,” but lets her skills shine briefly on the album’s one instrumental, “Following the North Star,” celebrating the nighttime guide for escaping slaves.
Freedom Highway is a monumental achievement from Rhiannon Giddens, a work of folk art, and chilling story-telling that allow us to see women’s faces and lives as they struggled to preserve their humanity against the cruel reality of slavery. The album’s closing title track reasserts the need to continue marching, to remain vigilant in the pursuit of liberty, something as precious as freedom needs to be preserved and never taken for granted, as there are forces that always seek to move the clock of history backwards. Giddens joyful, if gritty determination, recognizes that this is a work that is worthy of celebration even as it looks ahead toward a better, more just world to come.
Key Tracks: “Better Get It Right the First Time” / “Birmingham Sunday” / “Freedom Highway”
Artists With Similar Fire: Beyonce / T Bone Burnett / Mumford & Sons
Rhiannon Giddens Website
Rhiannon Giddens Facebook
Nonesuch Records
– Reviewed by Brian Q. Newcomb