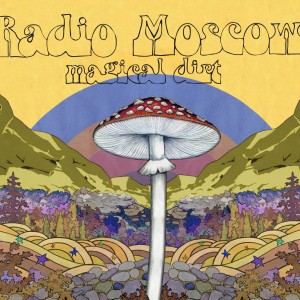 Fire Note Says: Radio Moscow sows seeds of psych while reaping funky blues riffs.
Album Review: When I first heard Radio Moscow for the first time, their sound had no problem hooking me. During the very much appreciated live compilation record, Alive at the Deep Blues Fest, Radio Moscow came to life. Their songs took impressive wha wha manipulation, winding, funky riff runs, and raspy, booze soaked vocals which paid homage to the likes of everyone I respect: Cream, Clapton, Hendrix, Blue Cheer, Mountain, and others. Returning with their fourth album, Magical Dirt, Parker Griggs, Anthony Meier, and Paul Marrone have constructed another monument to their heroes. Magical Dirt takes garage funk and blues psych from past albums such as 2009’s Brain Cycles as well as 2011”s The Great Escape Of Leslie Magnafuzz and takes the “if it ain’t broke, don’t fix it” approach.
If you looking for a grand departure and/or big changes then Magical Dirt could be considered more of the same. But, if you’re worried on whether it’s fun then rest assured look no further. Radio Moscow is still delivering some of the best blues riffs of the modern era. Right from the beginning, Radio Moscow picks up where they left off, even with two new members Anthony Meier and Paul Marrone joining the effort. “So Alone” goes big with fun funk chords, the familiar wah wah manipulation, and huge riff runs. Same thing goes for “Rancho Tehama Airport.” A nice contender for riff of the year, “Tehama,” goes fast and loose while at the same time choking the fret board with every spacey solo bend. What surprised me was the branching influences here, whether it was done intentionally-or unintentionally- Magical Dirt takes cues from more modern funk and even some blues metal nods. “These Days” takes a strong stance with its sped up, “War Pigs” like verse riff. “Before It Burns” puts a Chili Peppers Frusciante wha funk nod that slides right in under our nose for excellent results. 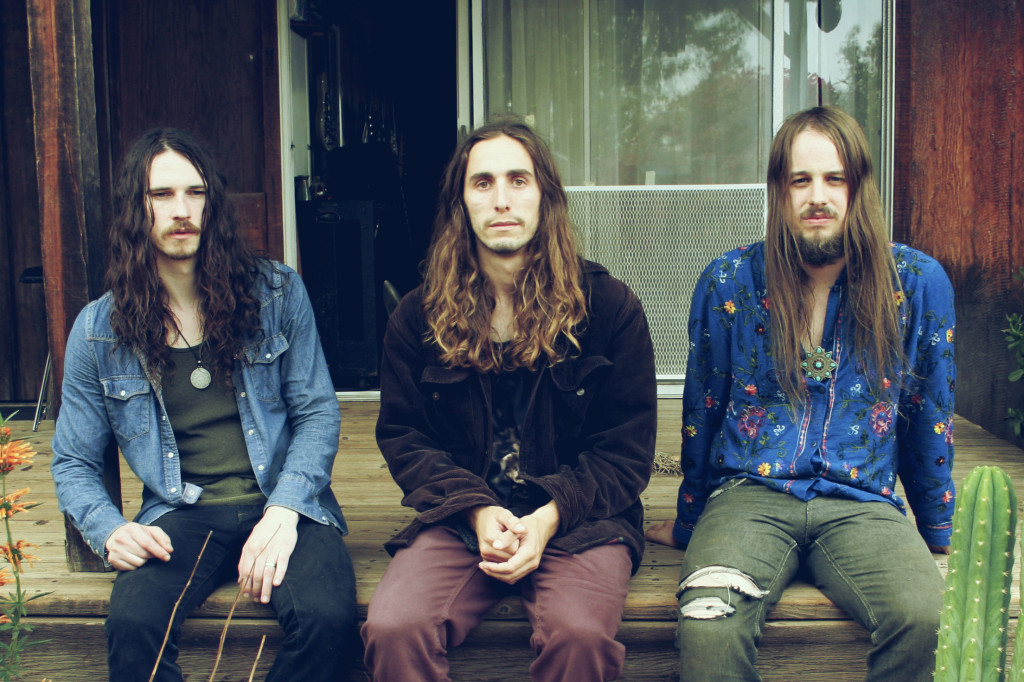 For better or worse, Radio Moscow has their power trio down to a science. It is Magical Dirt’s strongest asset and its biggest weakness. While I must admit that even with my strong attachment to the form-songs like “Sweet Lil Thing” and “Stinging,” with their classic blues nod left me with indifference. The heavy hitters kept pulling me back in. For the fans, this album will do more than enough to satisfy. What worries me will be their next album. Can Radio Moscow rely again on the power of the riff? I guess only the next release will tell.
Key Tracks: “So Alone” / “Rancho Tehama Airport” / “Before It Burns”
Artists With Similar Fire: Jimi Hendrix / Left Lane Cruiser / Cream