Pixies: Beneath The Eyrie [Album Review] 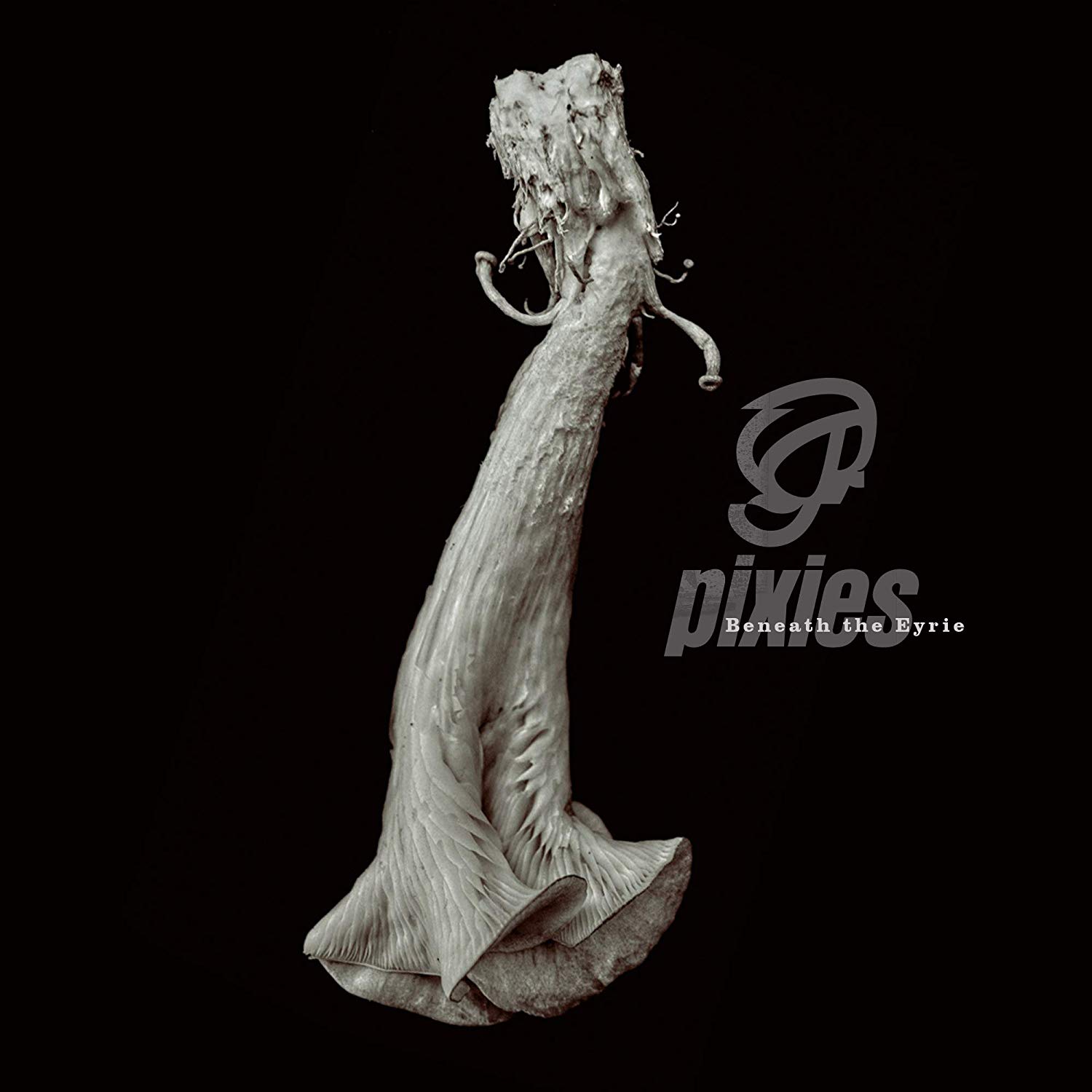 Pixies
Beneath The Eyrie
BMG/Infectious [2019]

Album Review: For nearly a decade the reunited Pixies, who came back together in 2004, seemed willing to rest on the laurels of their iconic early masterpieces like Surfer Rosa and Doolittle, playing the old “hits” on the retro circuit. Now, as far as that goes, many of us would still have paid to see the beloved band reproduce that music, which proved influential on most of the 90’s punk/alt rock scene, most notably Nirvana. But in 2014, with original bassist Kim Deal replaced, the band released the combined results of three EP’s on one album, Indie Cindy, a some what experimental attempt to imagine what the Pixies might sound like at this late date. Two years later, with Paz Lenchantin locked down in the bass position, they released, Head Carrier. On tracks like “Classic Masher” and “Um Chagga Lagga,” it felt like Pixies and producer Tom Dalgety were tapping the band’s earlier energy and punch, but only seemed to hint at what might come next.
Perhaps inspired after spending the summer of 2018 on the co-headline bill with Weezer, Pixies returned again to the studio late last year with Dalgety again at the board to produce an album’s worth of tunes that gives new breath and creative space to this veteran band. Recording at the Dreamland Studio in Woodstock, NY, which has been described as an abandoned rural church that gave the band’s material an added gothic edge. The album’s title, comes from a large eagle’s nest that they spotted in the woods behind the studio.
Now, it would be foolish to pretend that the band that named it’s last album for a guy carrying around a decapitated head has suddenly discovered “darkness.” That said, there’s no doubt that guitarist Joey Santiago’s stint in rehab and new found sobriety together with principle singer/songwriter Black Francis’ recent divorce fuel some of the album’s fascination with loss and death, as in these lyrics from “Bird of Prey:” “You’ve stolen my tomorrow/so I come for it today/you stole it when you stole my yesterday.” So you can add an interest in the more morbid aspects of mortality, and some curious references to reincarnation to the usual tales of biblical violence, the occult, and supernatural hauntings.
Of course, most of the writing here comes from Francis, but noticeably Lenchantin has collaborated on three songs here. In addition to harmony and response vocals throughout, not unlike what Kim Deal contributed on the early albums, she’s singing lead more or less in tandem with Francis on “The Long Rider” and takes over for “Los Surfer Muertos.” The first is a pretty standard Pixies rocker but together with the second tells the story of her surfer friend who died in an accident when the tail of her board hit her in the head and she drowned. Suitable to the subject matter, Santiago continues his interest in traditional surf guitar tones, which get a more intense turn on Francis’ more aggressive rocker, “St. Nazaire.”
Pixies open the record a fun rocker driven by David Lovering’s propulsive drumming, which finds Francis “In the Arms of Mrs. Mark of Cain,” followed by the album’s first single, “On Graveyard Hill,” the third Lenchantin co-write, which benefits from her strong, melodic bass-line, and some spirited soloing by Santiago. “Catfish Kate” is Pixies in a melodic rocker and the band’s second single, but the disc’s pop/rock answer to the band’s biggest alt/pop radio hit “Here Comes Your Man,” arrives in the form of the nearly romantic, “Ready For Love.” “Silver Bullet,” once again taps the band’s cinematic interests, this time delivering a Spaghetti Western gunfight in the street, complete with Santiago going full Ennio Morricone for his guitar solo.
With Beneath The Eyrie, Pixies have achieved a rare accomplishment, opened up musical possibilities for future efforts while maintaining the necessary connections to their early iconic work. Clearly, there are some who won’t leave the past behind, but to my ears Francis, Santiago, Lenchantin & Lovering continue to make appealing artfully aggressive rock, nodding toward their punk roots but refusing to be held back from maturing as people and musicians. Here’s to a future where Pixies continue to fly free.
Key Tracks: “On Graveyard Hill” / “Catfish Kate” / “Silver Bullet”
Artists With Similar Fire: Nirvana / R.E.M. / Bob Mould/Sugar
Pixies Website
Pixies Facebook
BMG
– Reviewed by Brian Q. Newcomb

Temples – “You’re Either On Something” [Video]