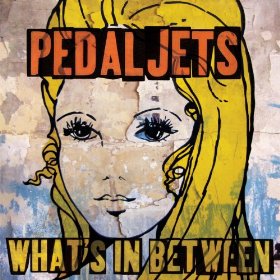 Fire Note Says: The Pedaljets return after a twenty-three year break with a solid, if unremarkable, album.
Album Review: Back in the late eighties Lawrence, Kansas four-piece, Pedaljets, released two strong LP’s (1988’s Today Today and a self-titled follow-up in 1989) to some acclaim – mostly critical. Commercial success eluded them even though they toured constantly, opening for such acts as Meat Puppets, and were getting some airplay on MTV. Disillusioned, they disbanded in 1990. But such is the musical landscape these days that a reunion started making sense. There was also the lingering disappointment in how rushed that second album was – no one in the band was happy with it. So a few years ago they got back together, got back into the studio and fixed it. The result was an album far superior to the original and that, no doubt, empowered them to do an album of new material.
So that brings us to 2013 and original lead guitarist Phil Wade has been replaced by Paul Malinowski (formerly of Shiner) who also produced the album. Mike Allmayer, Matt Kesler and Rob Morrow are all back and it’s kind of like they never went away. What’s In Between has all the hallmarks of that late eighties Replacements/Husker Du type of Midwestern rock ‘n roll. The first song, “Terra Nova,” sounds like Iggy Pop formed a post-punk band. A little Mission Of Burma, maybe, and the attitude to boot: “I’m gonna change this to a dream that never dies/I’m gonna punch that fucker right between the eyes.” Although it comes off a bit dated it still packs the threatened punch. “Riverview” is up next and it’s a nondescript rocker that suffers from a weird drum sound. This is all the stranger given that John Agnello (Dinosaur Jr., The Hold Steady) was responsible for the final mix. One of the records truly bright spots follows and it reminds me of Cheap Trick (and that’s a really good thing!) There’s more attention to the production on this track (called “Conversations”) and the lyrics are better too. “Conversations, I’m talking with a half-wit/Conversations, it’s tearing up our friendship.” 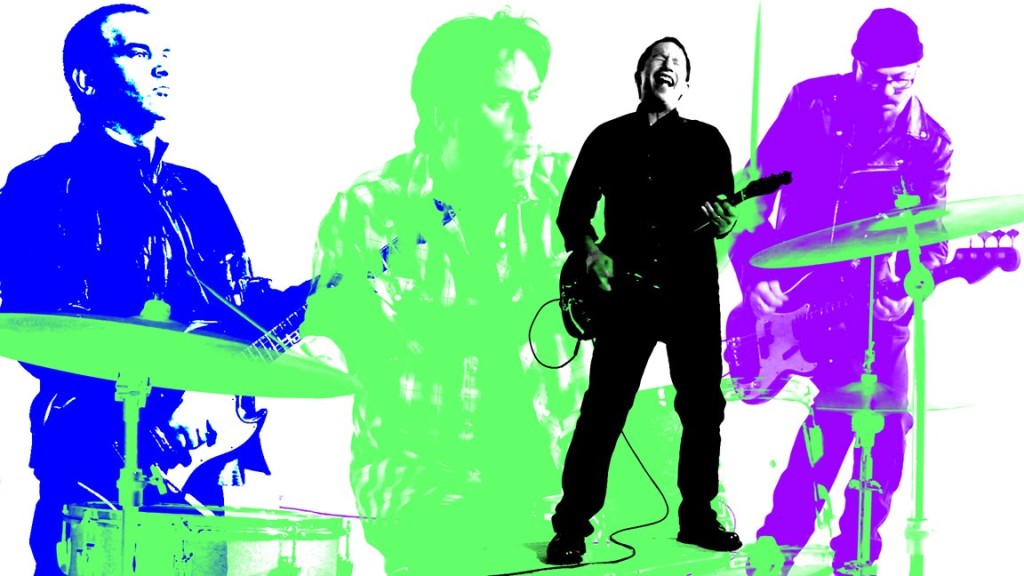 There’s a loose, garage feel to most of these songs. However on “Change” and “Some Kind Of One” they steal some Bowie chord progressions. “Dead Day Returns” definitely casts an eye towards early era ‘Mats. And it all works – to varying degrees. The tunes are there but much of what’s being sung has the vague residue of bland club rock. Every song is cliché-ridden and somewhat trite (“Roll in the sunshine, lie in the grass/Pick yourself up and let the next one pass.”) As a result there just isn’t a whole lot to sink your teeth into. That twenty-three years could pass between albums and there not be something interesting to say is a shame. Because I remember the Pedaljets (yes, I’m really old) and they were oh so close. They were one of those bands that was a break or two away from stardom. So it should come as no surprise that old hands like these know enough to save a truly great track for last and “Clowns And Jackals” is just that. It’s the one straight forward rocker on the album that doesn’t feel like retreaded material. The riff is strong and I love how it ends abruptly and unexpectedly. More surprises like this would have made What’s In Between a better record but as it stands it is a good album from a band that probably won’t find success with act two of their career but no matter – it’s great to have them back just the same.
Key Tracks: “Terra Nova”, “Conversations”, “Clowns And Jackals”
Artists With Similar Fire: The Replacements / Husker Du / Soul Asylum
Pedaljets Website
Pedaljets Facebook
Electric Moth Records
-Reviewed by Scot Lade