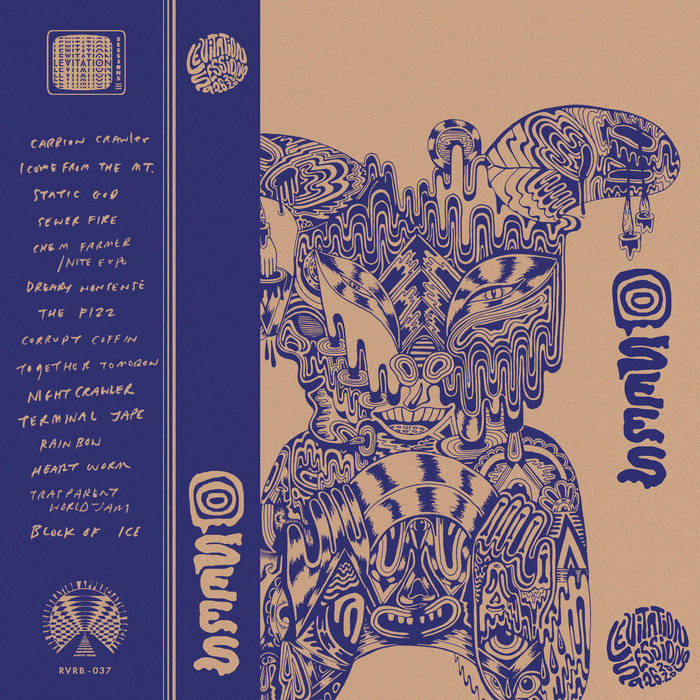 2020 will be remembered for all kinds of depressing events including the halt of live music shows. Not only is touring the lifeblood for any artist, it is also the perfect escape for legions of fans that enables them to hear music in a totally different experience. As we have continued through the COVID days, many artists have had to turn to streaming events in the attempt to recapture the live in person magic of a concert. For some artists in the beginning, that meant grabbing a guitar and playing some songs on social media with very little fanfare. We will take what we can get but it is also easy to miss and many times can’t even come close to the “concert” vibe.

Now as we have progressed, bigger streaming productions have taken place. Did you catch the Guided By Voices show back in July? It brought me hope that this format could draw me to the screen to watch a show. Now with the Osees performing the Levitation Sessions, I am 100% on board with streaming concerts until we can get back to the real thing because I will tell you that this show was on fire! If you have ever seen John Dwyer perform live then you already know he puts everything into his live act. He also surrounds himself with band members that do the same. Every Osees track performed live typically hits a little harder, exudes more energy and will leave you wanting more. The good news is – this live album captures the streaming experience and you can relive all its glory again and again.

“Lots of old favorites and 7 never before performed live hits from the crypt” was the hype sticker for this set and it delivers. The show starts out with some Osees live staples as “Carrion Crawler,” “I Come From The Mountain,” and “The Static God” set the mood with their high octane delivery. Then we get an excellent debut of “Sewer Fire” from the Moon Sick EP and a combo of “Chem-Farmer/Nite Expo” which is a unique and perfect blend of a track from 2011’s Carrion Crawler/The Dream and 2017’s Orc. It is a killer combo. Elsewhere, the debut live tracks continue to provide great moments. The blistering “Terminal Jape” is off the newly released Protean Threat so its great to hear it live and it shreds even harder than the album. “Rainbow” from Help (2009) follows and once again takes a new life in 2020.

Overall, Osees prove that they are kings of the live show. I highly recommend checking out their Live In San Francisco release from 2016 as well – which only backs up my above statement and that their energy translates well to record. Many times live albums can suffer for multiple reasons. Questionable track lists, choppy cuts, flat live recordings – we have all heard a live album that just didn’t live up to the advertisement. Well, Dwyer and the Osees cover 11 albums in the discography here and even with debut live cuts, this album flows well and never ceases to rock out. It honestly feels like you are in the front row and until that really can happen again this Levitation Sessions is the next best thing!