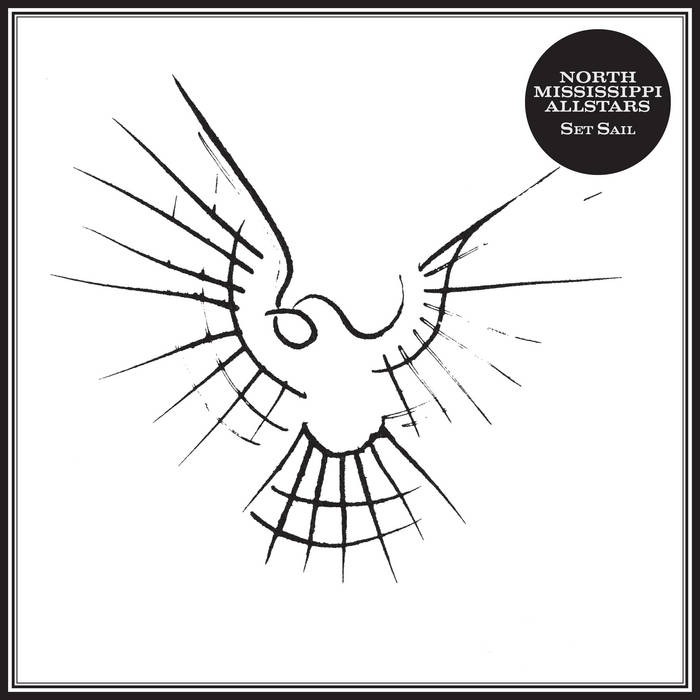 For brothers Luther Dickinson, who played with the Black Crowes from 2007 – ’11, and Cody Dickinson, the core of the North Mississippi Allstars, making music is best when it’s a family affair. Speaking of themselves as second generation musicians, they are the sons of Memphis musician and producer Jim Dickinson, the duo have produced 12 previous albums together, and produced numerous records for other artists, including the 2019 album of Luther Dickinson and Sisters of the Strawberry Moon, Solstice, which includes women vocalists like Amy Helm, Alison Russell, Amy LaVere, and Sharde Williams. On this 13th studio album as the Allstars, Luther Dickinson sings and plays all the guitars, while Cody Dickinson plays drums, and a variety of other instruments, and they are joined by bassist Jesse Williams, and on 6 tracks by vocalist Lamar Williams Jr., the son of Allman Bros. bassist Lamar Williams Sr.

“Set Sail” finds the No. Mississippi Allstars again drawing on the rich musical traditions, a musical gumbo of the Southern blues, rock, funk, and soul that are organic to their geography. The essentials are there in the solid rhythms, and Luther Dickinson’s diverse electric and slide guitar soloing throughout, plus additional vocals for Lamar Williams Jr., had a sensuous R&B flavor, especially on the dance groove of “See the Moon,” with additional vocals by Sharisse Norman. But on “Set Sail Part 1,” they augment the funky groove and slide guitar with strings and horns, while “Part 2,” later in the album, pulls the beat back a bit but keeps all the extras. While the first part suggests that they will keep on keeping on though climate change effects everything, “the water may rise,” while part two emphasizes the familial connections that make it possible to hang in there and “keep on working.”

Having worked with Mavis Staples, the Dickinson’s invited another octogenarian soul singer to join them on “Never Want to Be Kissed,” which gives a soulful, R&B/pop treatment with stately brass to support vocalist William Bell. And along the theme of keeping it in the family, Luther Dickinson is joined on vocals by his daughters Lucia and Isla for “Didn’t We Have a Time,” and they join in with Lamar Williams Jr. on “Authentic,” which invites folk to “treat each other respectfully,” while making the point that “we don’t need to see the guns in the streets.”

There’s a couple of straight out party tunes here in “Bumpin’” and “Juicy Juice,” but the overall vibe is a that slinky, light funk and soulful mix of R&B along with bluesy slide guitar. North Mississippi Allstars have been nominated for 4 Grammy’s in the Contemporary Blues category, and given the fine musicality and fun, funky feel of “Set Sail,” this could be the one that puts them over the top.