Mister Goblin: Four People In An Elevator And One Of Them Is The Devil [Album Review] 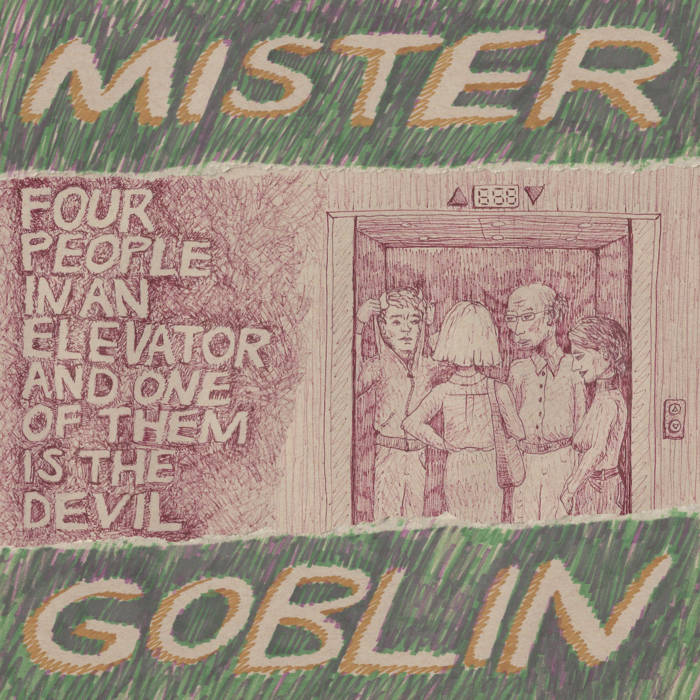 Mister Goblin is the solo project of Sam Goblin (formerly of Two Inch Astronaut) and his sophomore album, Four People In An Elevator And One Of Them Is The Devil, is the best recording he has released to date. The record is a nice balance of an occasional throwback big hook emo alt rock like Jimmy Eat World while also showcasing Goblin’s softer vocal chops that at times has the Elliott Smith vibe. It is this combination that makes Four People… completely engaging from front to back.

From the big catchy sing along moments in “Hook In The Eye” to the break out, almost screaming, vocals near the end of “At Least,” Mister Goblin has many likeable sides that all gel. The layered vocals during “Cover Song” will put your head into an enjoyable sonic trance while the heart on the sleeve ballad, “Six Flags America” is easy to lock into plus it features Sadie Dupuis (Speedy Ortiz, Sad 13) on backing vocals that helps it stand out as key track.

At 30 minutes long, Four People In An Elevator And One Of Them Is The Devil is an easy record to play and then hit repeat. Goblin’s songwriting confidence soars on each track as the album flows by you effortlessly as it tackles real feelings like disappointment, empathy, and gratitude. It is this honest delivery that raises Mister Goblin to another level on the indie scene and makes Four People… already one of my favorite records this year. In fact, the only real complaint I have with Mister Goblin is that EIS did not do a vinyl pressing!