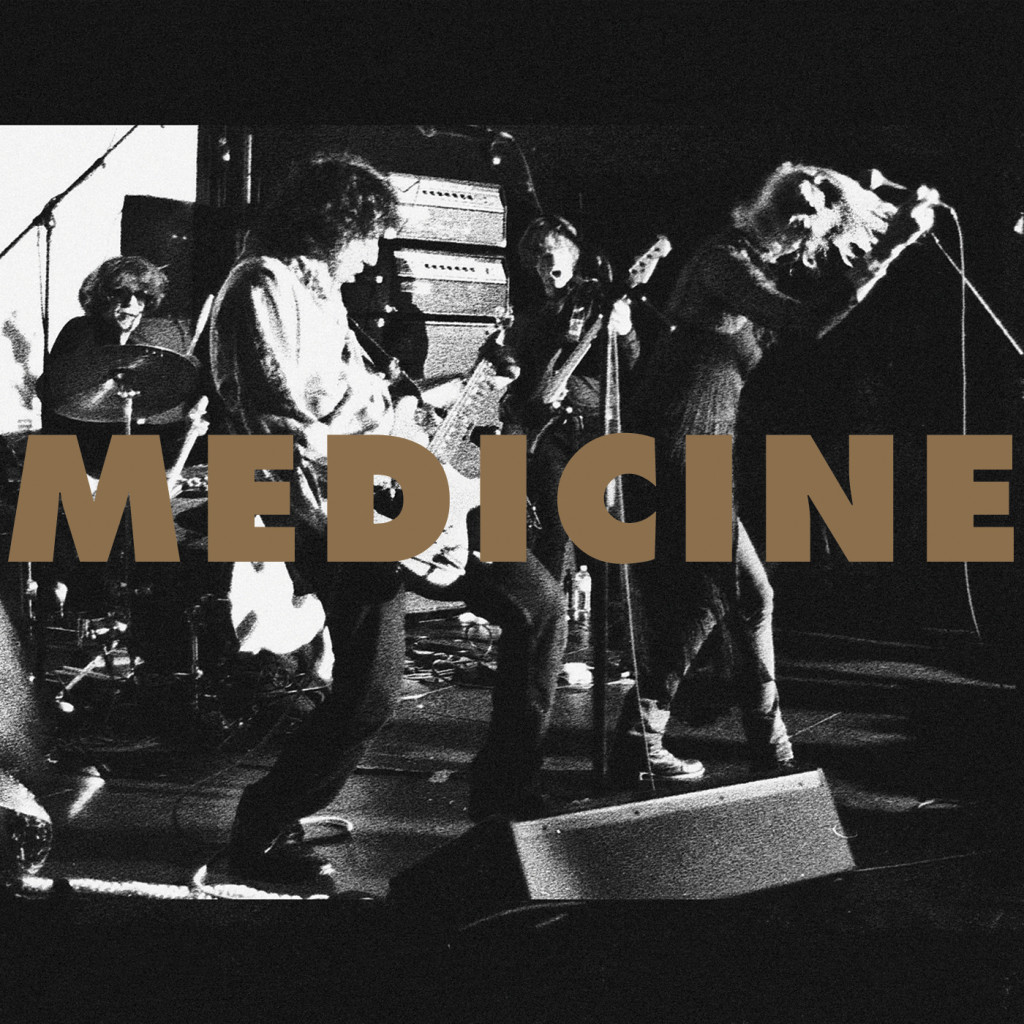 Fire Note Says: Medicine releases one of the highlights on Record Store Day 2014.
Album Review: Last August, Medicine returned from an 18 year hiatus with a new full length To The Happy Few. The group had previously been hailed as America’s My Bloody Valentine so there was a lot to live up to on their come back which if you heard the record I say was successful. The band now shows off their veteran strength with this Record Store Day release, Part Time Punks Live. It easily has quickly turned into one of my favorite releases from this year’s RSD selections as it features eight of their songs from their catalog that all have their signature drenched in guitar sound which has an even greater presence in this live outing.
“The Pink” starts this record off with a natural wall of sound, a memorable bass riff and a guitar sprawl for over a solid minute before the smooth vocals of Beth Thompson really get things going. It is the first of two tracks from their sophomore album The Buried Life (1993). The band comes off completely natural in this setting as there is no audience just Medicine plugged in. “Time Baby” is included on the side A set which is probably the most commercial track the band ever released as it was featured on 1994’s The Crow soundtrack. The version here is a bit rawer as the haze of guitars battles the swaying chorus when Thompson cuts through the thickness were her floating vocals. On this side A you also get two tracks from their most recent record and in this setting it is interesting on how they blend right together even though the material is years apart in the timeline. 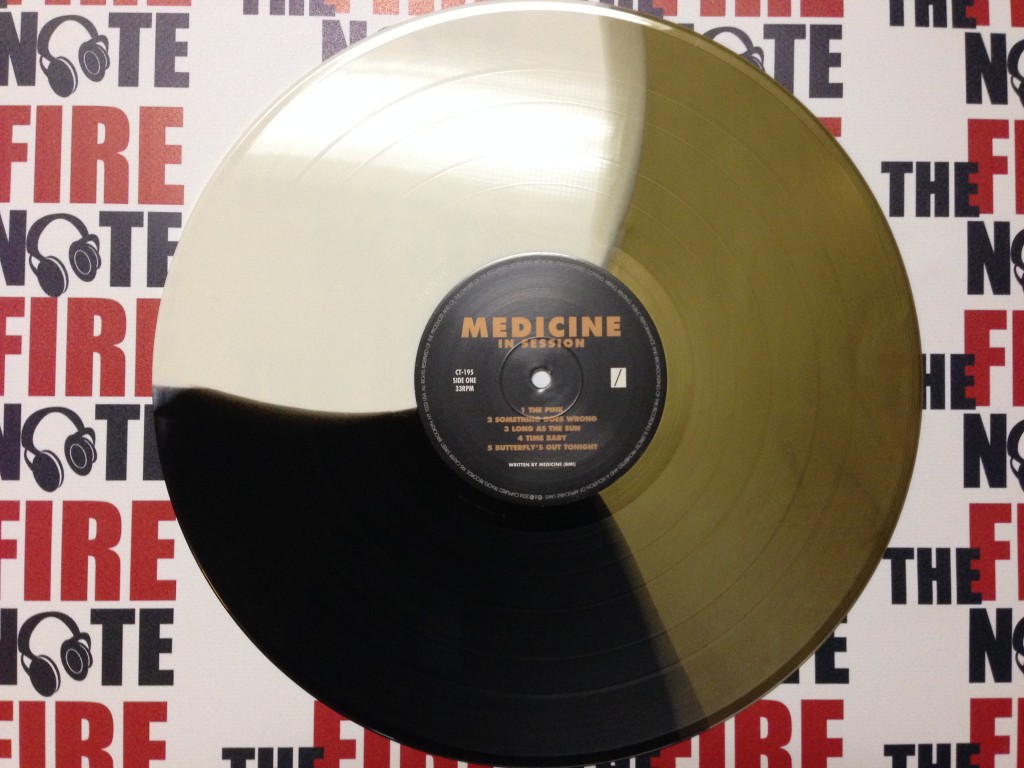 Half of the tracks on this LP are from the band’s 1992 debut, Shot Forth Self Living. In fact, all 20 minutes of side B is made up of three of their best classics from this record. The over 6 minute, “A Short Happy Life” is a shoegazer’s delight as the song contains razor sharp guitar scales that just pulse while Thompson once again commands attention with her hypnotic vocal. The track then swirls to an exciting end. The start of “Aruca” is basically scratching uncomfortable guitar noise that buzzes until the drums kick in and the song transitions into its groove. It is another song that is musically tight and finds Medicine in perfect form. The memorable up and down guitar chord on the closing “One More” will make you take notice and if you are new to the band it definitely will stick in your head as the song comes to a spiraling big noise finish. At a total 42 minutes, Past Time Punks was worth waiting in line for and shows that the band has never lost one step.
This album was limited to 900 copies on a nice looking tri-color wax and was probably one of the more overlooked releases of the day. If you are newer to the shoegaze genre, Medicine should be on your list to check out. This compilation is an excellent beginning point for new fans and I believe later this year Captured Tracks will be releasing a standard black version of this record so all is not lost if you don’t want to pay bigger bucks on the second hand market.
Key Tracks: “Something Goes Wrong”, “Time Baby”, “A Short Happy Life”
Artists With Similar Fire: My Bloody Valentine / Cocteau Twins / Ride