Mavis Staples: We Get By [Album Review] 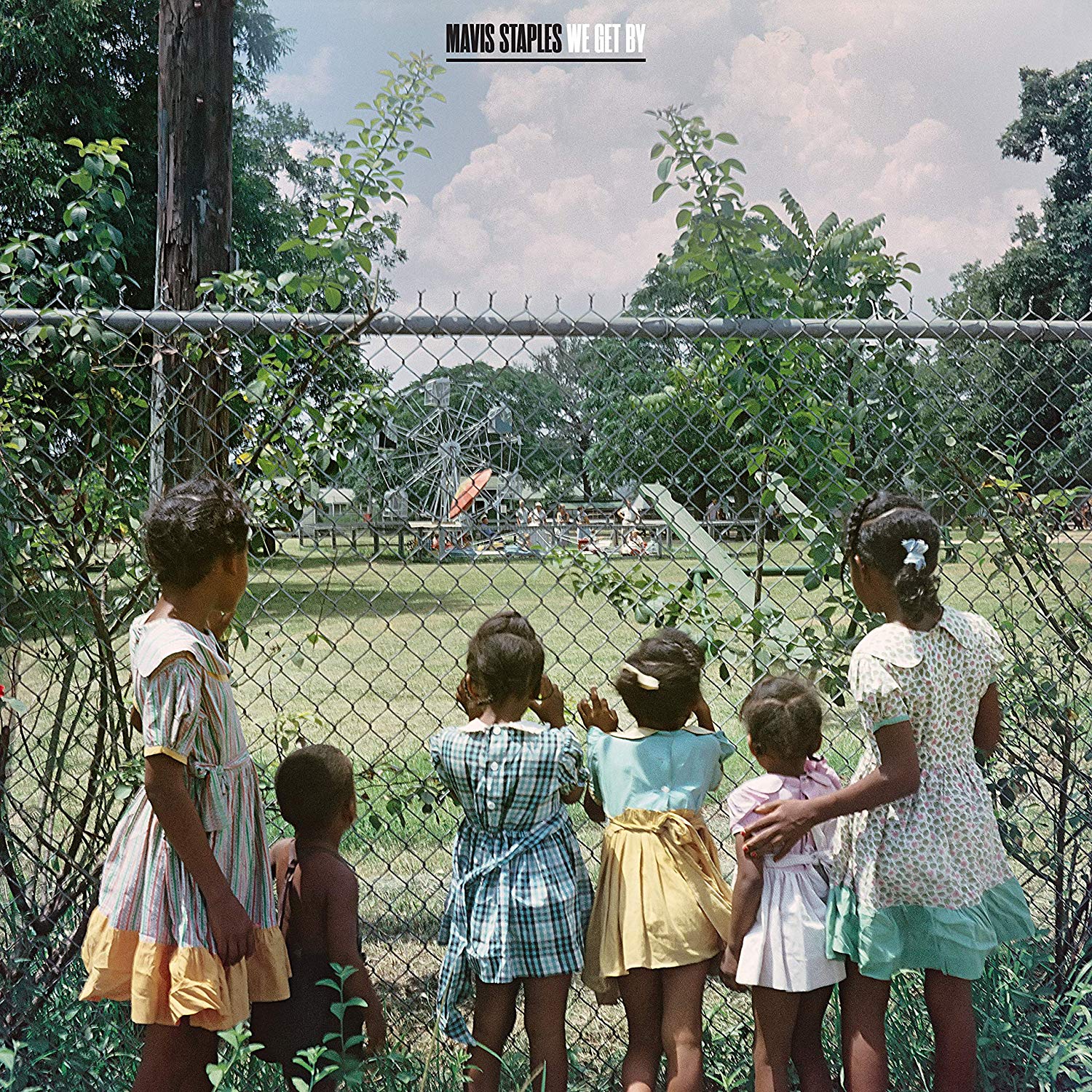 Fire Note Says: Mavis Staples wraps up her 8th decade by putting her best musical foot forward with the aid of Ben Harper.
Album Review: I’ll have whatever it is that Mavis Staples is having. Of course, we’re talking about the hardest working 80 year old working in music today, who started her singing career as an eleven year old in her father’s group, The Staples Singers, where she had pop hits like “I’ll Take You There” and “Let’s Do It Again.” With The Staples Singers, she performed on stages with civil rights activists, including Martin Luther King, Jr., she was nominated for a Grammy for her duet with Bob Dylan, “Gonna Change My Way of Thinking,” recorded with Prince, was inducted into both the Rock & Roll and the Blues Halls of Fame, and in her eighth decade she’s been more productive than in any previous ten year periods of her career, making award winning albums with Jeff Tweedy and M. Ward, and just last year she released a vibrant, vital live concert album, Live In London, that reveled more in her recent works than in the her previous career highlights. That she’s back with another full-length studio work, written and produces by Ben Harper, suggests that she remains a credible creative force long after many of her peers have settled into retro artists whose entire careers are summed up by reliving past glories. Whatever Mavis Staples is eating, drinking, or doing to stay at the top of her game, I’ll have some of that.
It makes perfect sense that Staples has teamed of with Ben Harper for this one, after three strong records with Wilco’s Tweedy, including 2017’s excellent, If All I Was Was Black. Harper wrote “Love and Trust,” for Staples, the song she chose open last year’s concert recording, and while he’s most recently remembered for two award winning blues albums with mouth harp icon, Charles Musselwhite, he proved his gospel music bona fides back in 2004, when he wrote, performed and produced an album with The Blind Boys of Alabama, “There Will Be a Light.” Harper, who duets with her on the album’s title track, the bio explains saw the value of working with Staples’ touring band for this album, acknowledging that “there’s so much soul and Muscles Shoals in that band.” The songs Harper wrote for Staples here, reveal a deep awareness of the breadth and depth of her career, honoring the gospel message and music that was embodied in songs by her father, Pops Staples, as well has Mavis’ roots in soulful blues singing.
You hear Pops’ influence on a lot of the up-tempo numbers, in the old school rock & roll vibe in the guitars played mostly by Rick Holmstrom, and the moving bottom in the bass lines by Jeff Turmes, on songs like “Change,” “Anytime,” and “Brothers and Sister,” that seek to uplift the listener, but issue a call to action that takes seriously the challenges of our current social climate. That balance runs through the whole disc, with gentle blues reflections like “Heavy On My Mind,” “Never Needed Anyone,” and “Hard to Leave” that are smartly interspersed with bouncy gospel anthems like “Sometime,” “Stronger,” and “Chance On Me.” The album that opens with “Change,” closes out with a final bluesy reflection, “One More Change,” that moves from hope for the larger world, to a more introspective space, which has a lovely gospel choir singing harmonies on the chorus that echoes the earliest days of this woman’s monumental career.
It’s not often that you can speak of an 80 year old artist who, by all appearances, is in the prime of her career, but with “We Get By,” we see Mavis Staples, aided in no small way by Ben Harper, giving her very, very best.
Key Tracks: “We Get By” / “Change” / “Brothers and Sister”
Artists With Similar Fire: Aretha Franklin / Etta James / Shirley Caesar
Mavis Staples Website
Mavis Staples Facebook
ANTI-
– Reviewed by Brian Q. Newcomb