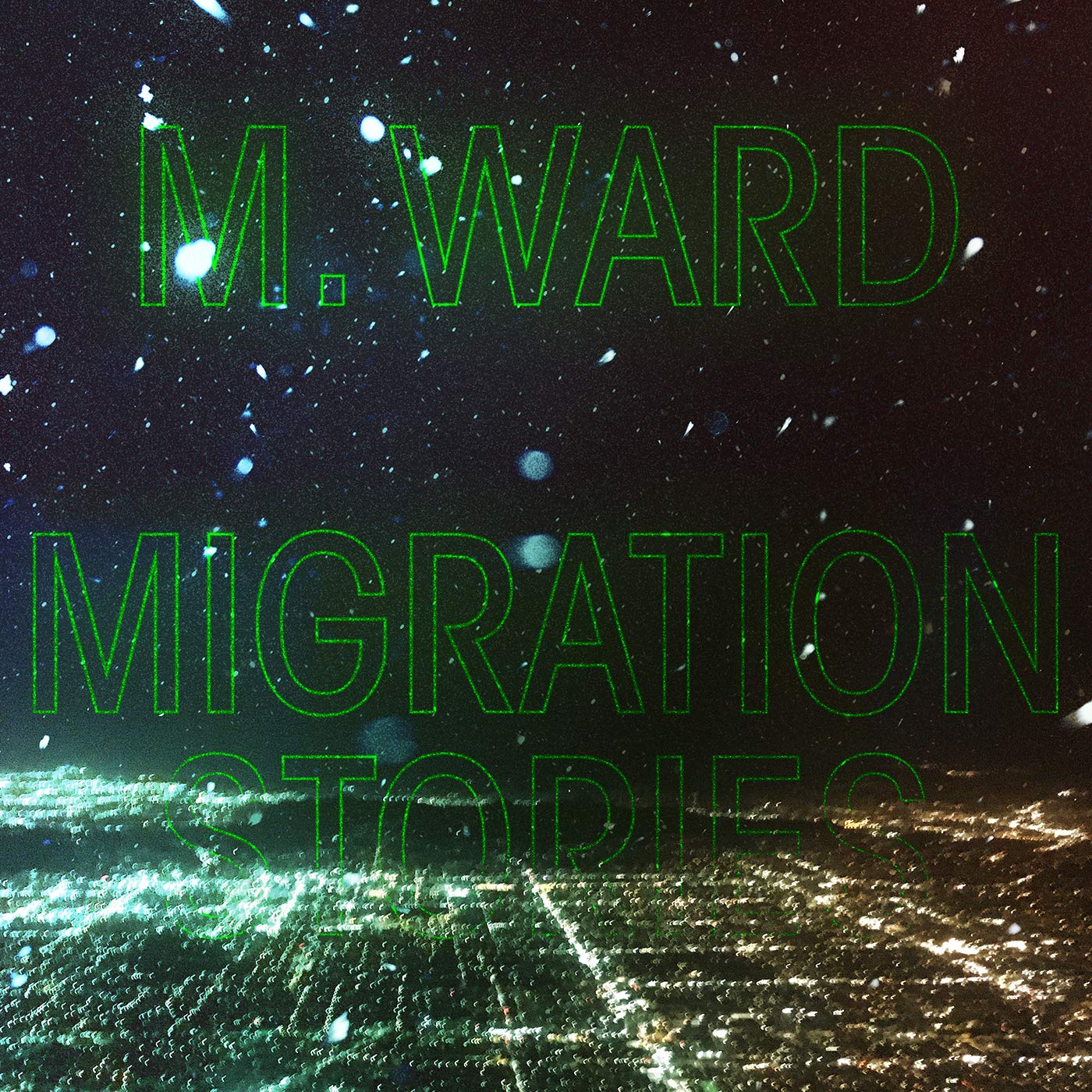 On the 10th solo album from M. Ward it’s unlikely that anyone who’s encountered his music over the recent decades is expecting any surprises. In the brief label bio, Ward describes this collection of Migration Stories as “characters in a dream,” which is also a way of describing the hazy contours and soft musical textures – at times like he’s singing through a blanket – that shapes his modern take on Americana and roots music.

While shaped by the experience of migration, Ward’s stories are dream-like as well, not the intimate details and horrors described in Alejandro Escovedo’s great 2018 release, The Crossing. Take “Heaven’s Nail and Hammer,” which imagines a floaty look at the night sky in the dessert with hints of surf guitar sound and a bed of doo-wah harmony vocals. For “Coyote Mary’s Traveling Show,” Ward recalls the classic R&B feel that dominated early rock & roll. One of new acoustic guitar instrumentals, “Stevens’ Snow Man,” has the feel of John Fahey, the folk giant.

In “Unreal City,” Ward comes awake to the album’s first solid beat, and backed by swarming synths, drum-machine hand claps, and a brief twangy guitar solo and comes as close as he’s going to a pop song feel. Which feels a bit unusual when you remember that he’s one half of the She & Him duo, with vocalist/actress Zooey Deschanel, and has recorded and produced albums for the likes of Jenny Lewis, Norah Jones, Neko Case, and Mavis Staples. But his heart is in his cover of “Along the Sante Fe Trail,” originally by Sons of the Pioneers in 1955. All of which suggests, that this solid collection of dreamy Migration Stories will no doubt please his current cadre of fans, but seems unlikely to attract the uninitiated or otherwise occupied.