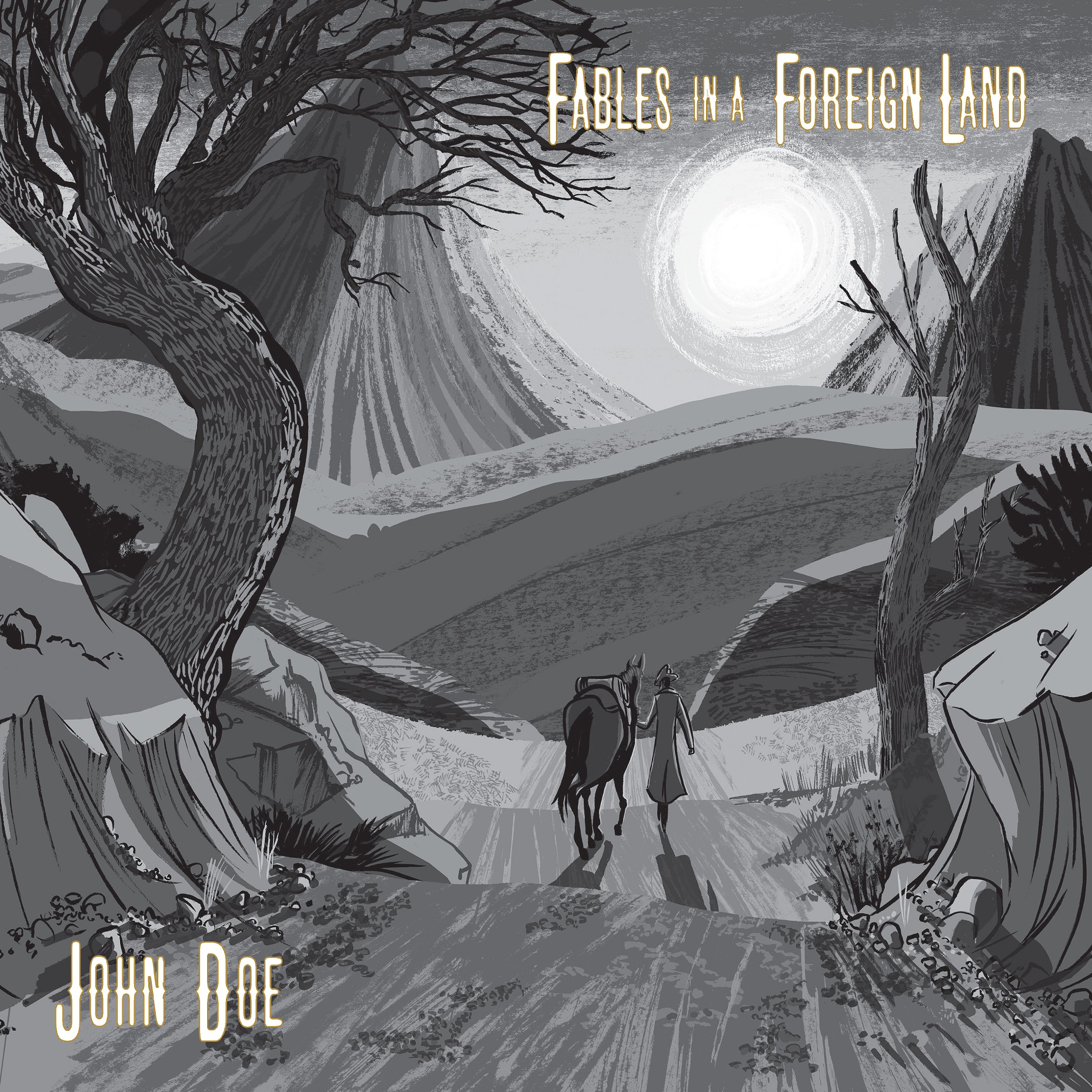 Before “Folk music” was an established commercial genre and came to be associated as a specific style of acoustic music, it was first and foremost music made by and for regular folk. Whether sung around a campfire or on street corners, and broadly speaking folk music tended toward simplicity, was accessible and memorable, and spoke of and to the common life of working folk. In the broadest terms, every culture has developed its own unique style of folk music, American folk artists like Woody Guthrie, Hank Williams and Pete Seeger laid the groundwork for singer/songwriters like Bob Dylan and Joan Baez, but in other cultures the “folk music” of the day could have taken the shape of Celtic music from Ireland, polkas in Germany, jazz out of New Orleans, blues from the Delta on up to Chicago, punk in the clubs of London, L.A. and NYC, hip-hop on the streets the inner city from Bronx to Compton. Most forms of pop or popular music started out as folk music.

John Doe, the co-founder of the early punk band X in Los Angeles, has always been a folk artist. Well, of sorts. X’s groundbreaking 1980 debut album, Los Angeles, with most of its songs co-written by Doe and co-lead vocalist Exene Cervenka as poetic reflections on street-life and people, had a folk sensibility underlying its rockabilly fueled punk sound. X released a total of 6 studio albums in the 80’s, then regrouped for Hey Zeus! in ’93, before hiatus. Doe’s solo career as a recording artist started in ’90, and he made albums with Jill Sobule, The Sadies, and an X side-project, The Knitters, and Doe had a secondary career acting in movies like “Roadhouse” and “Great Balls of Fire,” with a lengthy CV of film and TV performances. After years of great live shows around their classic material, X eventually got around to recording new material on Alphabetland in 2020; a Headphone Approved outing, 27 years after their last collection of new songs. Doe’s most recent solo outing dates back to his fine 2016 collection, The Westerner.

Here on Fables in a Foreign Land, Doe leans into his own take on folk music, writing songs for acoustic guitar based in life in the pre-industrial late 19th Century, backed mostly on upright bass by Kevin Smith (Willie Nelson) and drummer Conrad Choucron. Recorded in largely live takes in the studio, the folk trio play everything from pretty folk ballads like “Sweetheart,” to the fun, bouncy talking blues tale of “The Cowboy and the Hot Air Balloon,” to the even faster, raucous “Travelin’ So Hard,” that allows Smith and Choucron to strut their best chops, while Doe sings of how much his character wants to get a drink, and how much he regrets drinking too many.

The album’s first single, “Never Coming Back” opens the disc with an up-tempo song with a strong pop chorus hook even as it reflects on a dark “memory of that night.” The trio are joined on the gentle folk of “Down South” by violinist Carrie Rodriguez, as Doe looks to the sky, to “hope it don’t rain.” For the fun Latin polka feel of “Guilty Bystanders,” Doe’s trio is joined by Josh Baca on accordion, he’s the player who sat in with Los Lobos last year when David Hidalgo couldn’t make it to shows because his daughter was having a child. For “Destroying Angels,” a song Doe and Cervenka had written with Shirley Manson for a Record Store Day release by her band Garbage, Doe and his trio putting their own folk rock spin on the melody. For the Spanish intro to “El Romance-O,” Doe turned to Louis Perez of Los Lobos, a song where a guy attempts to invent his own nickname.

But Doe is in good voice, and has some strong stories to tell, even on dark, somewhat sad, folk ballads like “Missouri,” again supported by Rodriguez on violin. These are hardscrabble stories about people who had to work to survive, in a time that could be hard on those with the best of intentions, and Doe sings their sad tales of longing with heart and soul.

For those who would like to catch Doe in this more acoustic, stripped-down form, he’s touring with his trio throughout the month of June then the trio will regroup for some California dates in October. Doe will also be joining up with his mates in X for a summer tour, opening shows for the Psychedelic Furs.